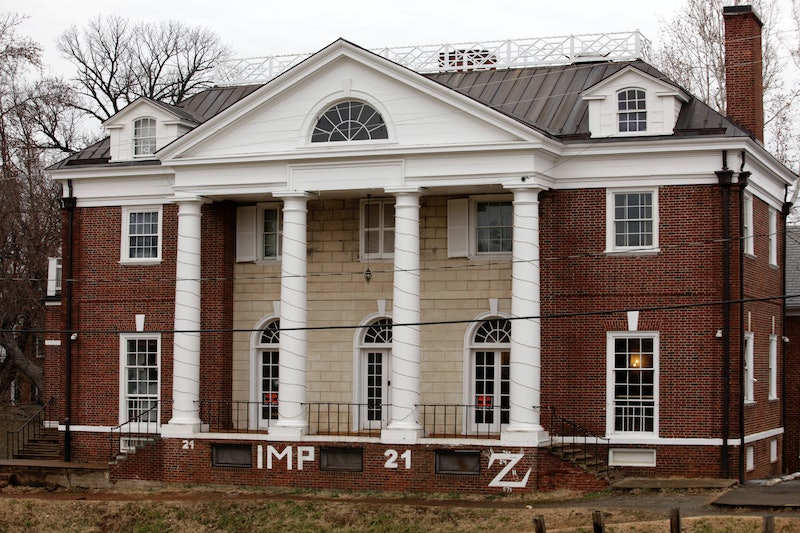 In the six weeks since Rolling Stone published the story of Jackie's alleged gang rape at a frat party in 2012, there has been a litany of conversations about fraternity rape victims. Initially it was a swell of support for victims, which quickly ebbed into doubt about her account after the magazine turned on the story. But The Cavalier Daily, the student paper at the University of Virginia, just published a refreshing letter from Jackie's UVA roommate that shows bold support for the validity of the story.

On Sunday, the Cavalier posted the heartfelt letter from UVA student Emily Clark that had one clear message: Clark vehemently backs the crux of Jackie's story. Will Dana, Rolling Stone's managing editor, wrote a letter to readers that initially said the magazine "misplaced trust" in Jackie (the magazine has since removed that specific language from the letter, but the original can be found here). In response, Clark, who was Jackie's roomate freshman year, recounts living with her as the victim silently dealt with the aftermath of the alleged rape.

I fully support Jackie, and I believe wholeheartedly that she went through a traumatizing sexual assault. I remember my first semester here, and I remember Jackie’s. Jackie came to UVA bright, happy and bubbly. She was kind, funny, outgoing, friendly, and a pleasant person to be around. That all notably changed by December 2012, and I wasn’t the only one who noticed. Our suite bonded that first semester and talked many times about the new troubles we were facing in college. Jackie never mentioned anything about her assault to us until much later. But I, as well as others, noticed Jackie becoming more and more withdrawn and depressed.

This matches the timeline from the Rolling Stone piece written by Sabrina Rubin Erdely and published in November. Erdely wrote at length about Jackie's sea change after the alleged incident, which Clark's view reinforces.

But Clark's letter wasn't intended to firm up details about the piece. It was a clear show of support for Jackie and other victims in a time when it feels like many had started to abandon their allegations altogether.

Whether the details are correct or not, and whether the reporting was faulty, or the hazy memories of a traumatizing night got skewed…the blame should never fall on the victim’s shoulders. Jackie is a victim, as are so many others, men and women, young and old. So many stories have gone untold and so many perpetrators have been allowed to walk free.

Clark praises Jackie for telling her story nearly two years after the rape and encourages UVA students to continue discussions about sexual assaults on campus. Clark, who will graduate in the class of 2016, managed to accomplish something that Erdely and Rolling Stone failed to do — figure out a way to create meaningful conversation around the piece.

Journalism is about telling stories. But an even more than that, it is about tying those stories to bigger issues. Campus rape is a prime example, and one that is often daunting to papers balancing the privacy of victims with assuring that they've done a fair job of gathering the facts.

Erdely and her editors are seasoned journalists, and they should've known better. Erdely's reporting may have had egregious holes, but it doesn't mean that Jackie's story isn't one of thousands of examples of rapes on college campuses. Was there really no one — people like Clark — that the magazine could have spoken to for further information? By publishing and subsequently backpedaling on the story, they turned their backs on Jackie and many survivors of rape. Their actions have told rape victims that it is best to remain silent.

Clark's letter is one bright spot in this whole fiasco. I hope that Jackie knows that there are many people like her roommate that are there to support her as she suffers the consequences of irresponsible journalism.