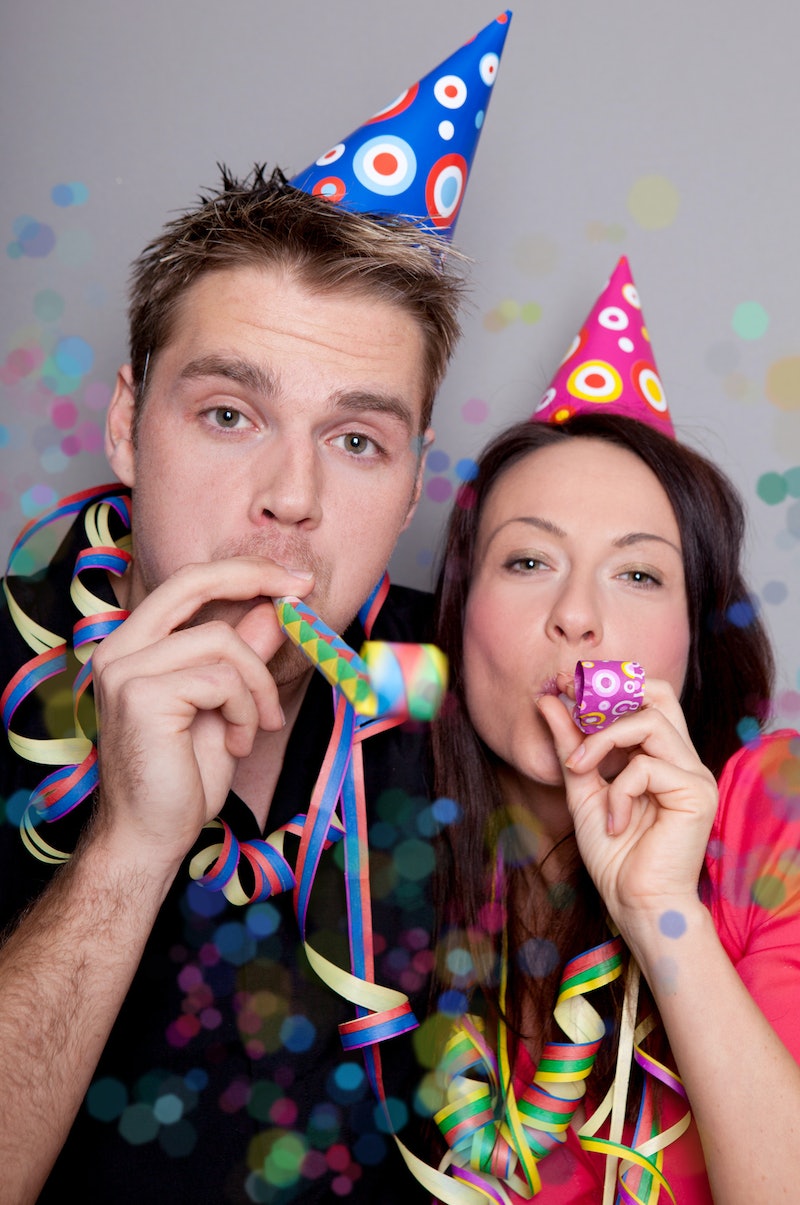 I’ve always been big on New Year’s resolutions. Perhaps I’ve bought into the American narrative of self-reinvention, but there’s something in the blank slate of an untouched year that says to me, “Let’s not repeat last year, cool?” I went hog wild in 2013 and made 36 New Year’s resolutions. #11: Explore social media platforms! #27: Create an elaborate Halloween costume that is funny, sexy, cute, clever, and timeless. Check, and check. Others didn’t stick—“#9: Keep track of finances and expenditures. I did join Mint, but I can never bring myself look at it. It cuts too deep.

Resolution #6 though, I was never close to reaching: “Fit into pants.” Now, I do fit into pants, but the pants I was specifically thinking of were a minuscule pair of jeans that fit me when I graduated college. But then the real world kicked in, and food became my one and only comfort, and half marathons became only torturous 13.1 mile memories. When I looked at those pants, still hanging in my closet, I might as well have been looking at a pair of Barbie’s pants and sighing, “Man, wouldn’t it be great to fit into those.”

I have spent years of fighting with my own body (this was not the first time I’d made this resolution), and I am tired of it. I enjoy being active, I could eat vegetables until I died — but where is the point, I wonder, in hinging success on the loveliness of my love handles? I’ve been thinner, I’ve been fatter, but not particularly happier either way. What could I accomplish instead, if losing weight wasn’t on my list of resolutions? How might my mindset change if this futile, anti-feminist pursuit were once and for all banished from my personal lexicon? After all, New Year’s resolutions are a bit like wishes — could I stop wasting them on something so stupid? Didn’t I have more pressing self-improvement priorities, like making my stupid brain smarter?

According to the University of Scranton’s Journal of Clinical Psychology, the #1 New Year’s resolution for Americans in 2014 was “lose weight.” #2: “Get organized.” The eighth-most popular resolution — “Help Others in Their Dreams” — seems like it requires the skills of Inception. Can we get a little more creative here? Put a little more vision on our vision boards? It's funny how everyone has boiled "self-improvement" down to the essential "be skinny and put together."

This year, I don't care if I'm either of those things. I’ve made ten “out-of-the-box” resolutions that have nothing to do with my beautiful body (except maybe #4). Feel free to steal any you like, because they’re really good.

I liked this resolution so much last year, it’s making a repeat appearance! Let me spin you a tale: my first year of adulthood, I was stuck at a double shift waiting tables on Halloween, with neither the will nor the desire to celebrate. When I stepped outside close to midnight, I was swarmed by costumed New Yorkers. I decided then and there to make Halloween 2014 a triumphant return, bedecked in a costume that was clever, striking, and timeless. The idea came to me this year as if in a dream. For Halloween, I was a stripper popping out of a cake, and I partied my ass off. Last year can’t be topped, I know — but I'll be damned if I don't try.

This one I got from my cousin Cate. Every Thursday, she expands her personal craftsmanship by exploring a new handmade adventure, from homemade limoncello to the art of candle making. This year, I’m jumping on the Craft Thursday bandwagon so I can add papier mâché, sourdough bread, and homemade body scrubs to my repertoire. More like Project Renaissance Woman, amirite?

I’m getting a little stir-crazy, and I can tell when a bout of travel is coming on. So I’m intending to save up to scratch the itch this year. Time to make a scene at a hot dog stand in Vienna, break into public pools in Portugal, track down those vagrants who robbed me in Geneva, and rob them in revenge.

I forced myself to watch Love Actually this season and it made me so depressed. "Even this little boy is getting more action than I am!" I said out loud to myself. This year, I’m looking for both quantity and quality.

5. Read my horoscope at the beginning and end of each month to monitor for accuracy

A few recent turns of my life, as well as an extraordinarily accurate Goddess Card reading I gave myself a few months ago, have led me to consider more seriously the workings of astrology. Come 2015, I’m going to take heed when Mercury’s in the 9th house or whatever.

Cavities might have been cool when you were a kid, but they’re not when you’re 23.

I started from the bottom, and look at me now: a bit higher off the bottom but still touching the bottom. Next year, corner office.

As a young woman-child, I’m ashamed to say that I’ve never done my own taxes (thanks, Dad, you’ve been so helpful!). I know it’s going to be hard and painful, like childbirth. I’m going to have to learn words and ideas that make me feel disgusting. Will I have to add numbers together? I am so terrible at that. But I need to embrace my womanhood eventually, and what better way to do it than to give a great portion of my measly paycheck to the government? I’m sure they label my taxes “drone money,” I can just feel it.

9. Write letters to people I care about

In this modern digital age, do we even remember what letters are? I can’t wait to describe them to my progeny: “They’re a bit like mind-emails, but instead of just thinking them to each other and pressing ‘send’ with our brains, we used to write them on this, material I suppose I called ‘paper,’ and there used to be this system called the ‘postal service,’ and several days later they’d be delivered and people would ‘read’ them with their ‘eyes.’ No, we didn’t all have mechanical robot eyes back then…” By the way, I’m having kids in the year 2415.

I want that $50 credit at that local bar so bad my liver hurts, and I’m in it to win it.