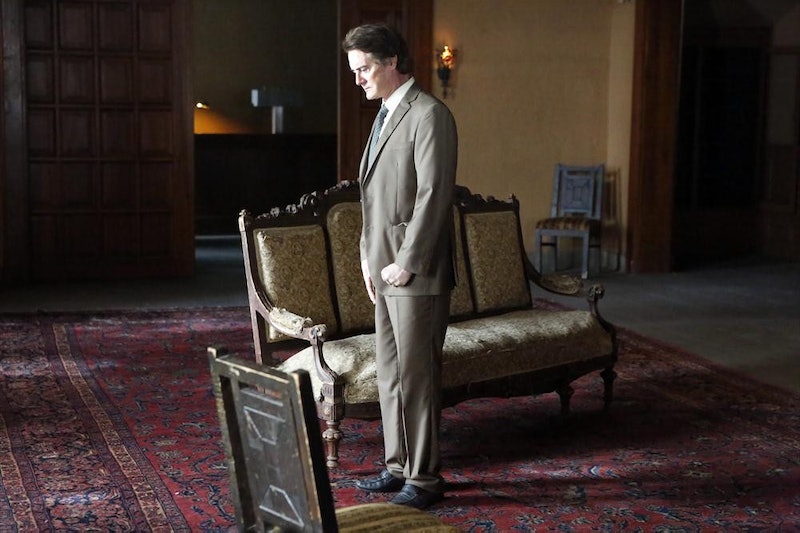 The winter finale of Agents of S.H.I.E.L.D. promises a lot of big reveals — hopefully Agents of S.H.I.E.L.D. will reveal Skye's Father's name. With the introduction of the Inhumans becoming more and more likely on this series, what if Skye's Dad is Maximus the Mad? This theory has floated around for a while. We know he is connected to either the Inhumans or the Kree. He is most likely a character within the Marvel Universe, we just don't know who. He is also willing to align with anyone in order to get to Skye. However, we still don't know who he is. He's met so many characters on Agents of S.H.I.E.L.D. and hasn't introduced himself once. Frankly, I'm getting tired of writing "Doctor Dad" week after week. Give this guy a name!

According to the official ABC press release for the upcoming episode, "Skye discovers shocking secrets about her past." Now that Raina has ruled her being an actual alien out, I'm excited to see what those secrets could be. If her father really is the Inhuman named Maximus, they're in for a whole lot of trouble.

On the show, Skye's Dad has made a lot of references to family. He wants to reunite his family and is a scientist. Ward knows how to appeal to him by referring to Coulson's crew as his family. This could be a reference to the Inhumans, and what better way to reveal its significance than to have Skye's Dad be such a pivotal character.

The only issue here is that in the comics, Maximus doesn't have any kids. If he were Skye's father, that would be a totally different spin on this Marvel character.

If you don't mind my using a Harry Potter reference, Maximus is a walking and talking Inferious curse. His abilities are psionic and he has the ability to control the minds of the people around him. His powers are limited and work best on those with weak minds. He has superhuman strength and can even cause amnesia. He is also a gifted inventor.

At one point in the comics, Luna tries to cure Maximus of his powers. This reminds me of the effect that Raina has on Skye's Dad. He makes a lot of references to not wanting to lose his head, or staying in control. Plenty of characters on the show have simply called him crazy. That makes me think of Maximus' nickname, "Maximus the Mad."