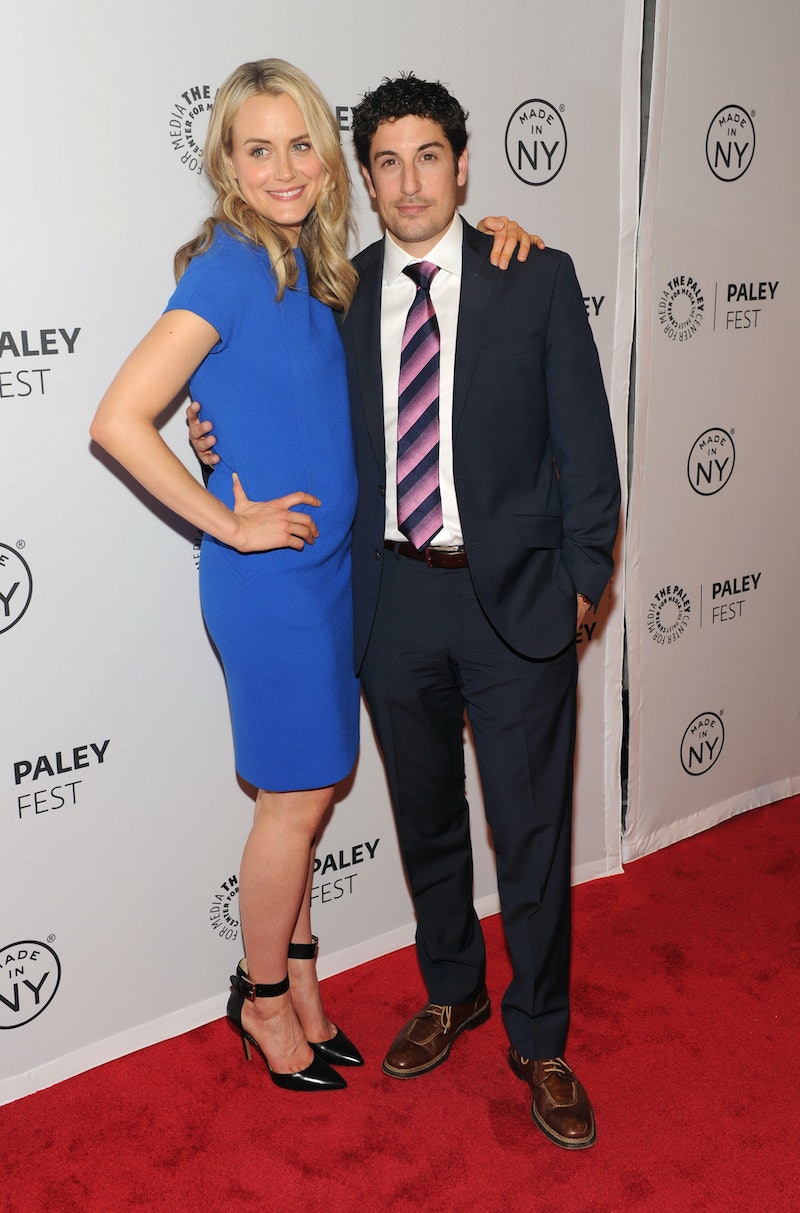 First it was the real-life Alex Vause, and now it's the real-life Larry Bloom that will get his chance to tell his side of the Orange is the New Black story. Piper Kerman's husband Larry Smith, played by Jason Biggs on the Netflix adaptation of her memoir, will release an audiobook December 16 titled My Life With Piper: From Big House to Small Screen . A short excerpt is now available on EW.com.

The Jason Biggs character has never been exactly a fan favorite on the show. Let's see... he used his wife's jail time as a means to an end to earn some writing chops and boost his career. Oh, and he (spoiler alert!) cheated on Piper while she was in prison — with her best friend, who was also married. But the Netflix show has taken creative liberties from Kerman's story, Orange Is The New Black: My Year in a Women's Prison, and the real Larry addresses some of these plot points, what it was like at home with Piper was in prison, and what it's like now watching an American Pie actor play himself.

In one excerpt, he talks about Pornstache (yes, he was real) and some of the rules of visiting time:

Prison rules allow for one quick kiss upon arrival and one at departure. After spending time in that room week after week, I got a little too comfortable. One afternoon, a lingering kiss was loudly interrupted by a guard nicknamed “Gay Porn Star” for his likeness to a Tom of Finland illustration (you may know him as “Pornstache” in the show), who screamed across the visiting room, “Watch the contact or you’re outta here!” It was a humiliating moment for me and a scary one for Piper. “You gotta knock that out, Larry,” she growled at me. “They can put me in the SHU for this.”

Though I have to say, this excerpt isn't exactly making me change my mind about Larry:

Let me be clear: There was some seriously frustrating sexual math going on. The longer Piper was inside, the hotter she was getting. The day I dropped her off, her eyes were swollen from crying, with bags from too little sleep and too much booze.

This audiobook isn't the first time Smith has had an opportunity to tell his side of the story. In real life and on the show, Smith is a writer, and he has written about his now-wife in the past, notably in a New York Times Modern Love column titled "A Life To Live, This Side Of The Bars."