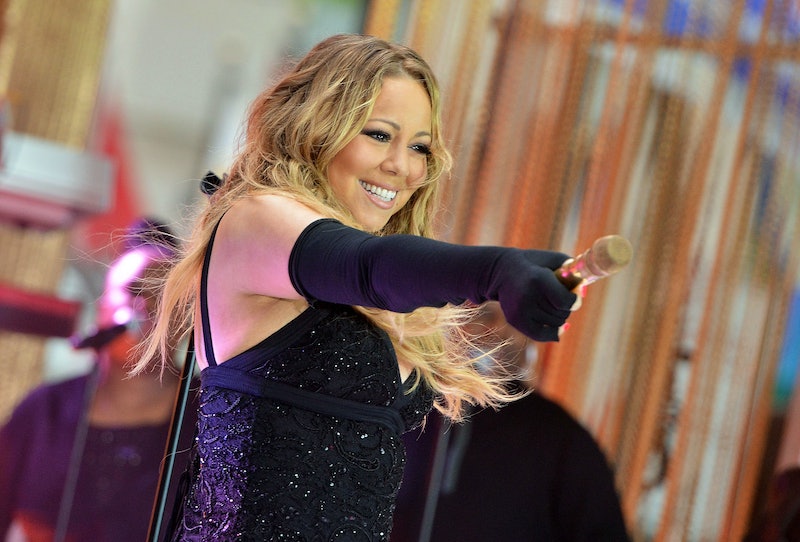 For almost as long as I have been having Christmases, "All I Want For Christmas Is You" has been my favorite holiday song. All right, that's an exaggeration. In the first place, "All I Want for Christmas Is You" came out when I was 4 years old and, in the second place, I am pretty fond of New York's favorite Christmas song, "It's the Most Wonderful Time of the Year." However, Mariah Carey's Christmas classic has a special place in my holiday-lovin' heart — even though, well, it's just a little bit anti-feminist. Sorry, guys, but you know I have to be that person. And it's not like it's the only problematic Christmas song out there.

However, this article is not about those songs. This article is about "All I Want For Christmas Is You," and how it's a wee bit awkward to be singing that you don't want a single thing for yourself on this holiday but some dude. We should want more than a man for the holidays, ladies! And, even if we do want a man (which is perfectly okay), then he doesn't have to be the only thing that we want. You can have the presents underneath the Christmas tree and the guy of your dreams. It's 2014 and we're women. WE CAN HAVE WHATEVER WE WANT!

Maniacal inspiration aside, I decided to take the initiative and rewrite Carey's holiday hit to be a little bit more feminist. As I said, there's absolutely nothing wrong with preferring the original version of the song (or wanting a guy). It is, after all, a love song and it's far from the most problematic Christmas song out there. (I'm looking at you, "Baby It's Cold Outside.") However, if you're looking for a feminist alternative, or just love singing your own version of lyrics to popular holiday tunes, then this will be right up your alley. I call it "I've Got All I Want For Christmas."