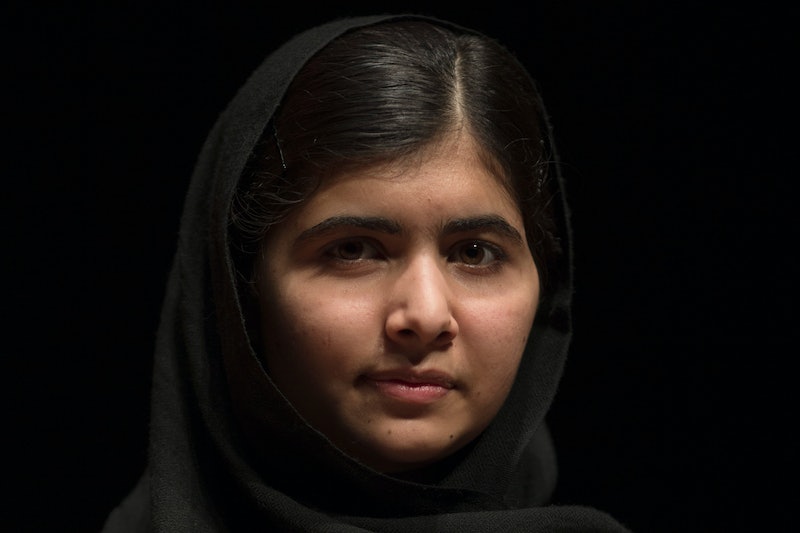 On Wednesday, a 17-year-old girl became the youngest-ever recipient of one of the most prestigious awards of all time — and she accepted it with a worldwide dig on arms spending. With a characteristically wonderful speech, Malala Yousafzai received the Nobel Peace Prize in Oslo.

The Pakistani teenager accepted the award for education activism alongside Indian activist Kailash Satyarthi, whom she is sharing the prize with. Satyarthi was recognized for saving over 80,000 children from slave labor.

In her speech, Yousafzai addressed the Taliban's attempt on her life when she was just 14 years old. The education activist had become well known in the community for speaking out against the Taliban's view on education for girls, and thus was targeted by the regime. When a gunman tried to silence Yousafzai by boarding her bus on the way to school and aimed a pistol at her head, she made a bold decision to keep on with her criticism of the organization.

I had two options — one was to remain silent and wait to be killed, and the second was to speak up and then be killed. I chose the second one. I decided to speak up.

Yousafzai also called pretty much the entire world out for what she views as skewed priorities.

Surrounded by dignitaries from all over the world, Yousafzai graciously shared her accomplishment with the millions of girls and voices she represents.

So if you're feeling lazy during a finals week study session, perhaps look to the 17-year-old who is fighting desperately to preserve education for girls and ask yourself if it's worth it to study for that test (hint: it is definitely worth it).