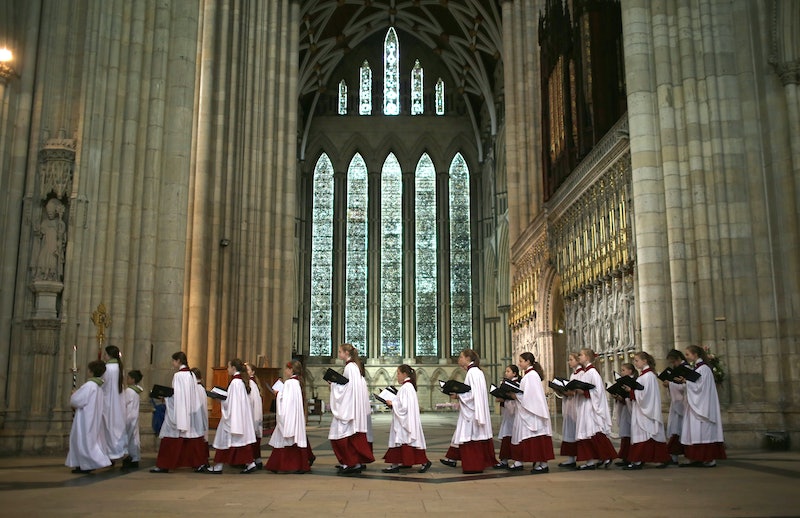 If you're an atheist with political aspirations living in Maryland, Arkansas, Mississippi, North Carolina, South Carolina, Tennessee, or Texas, you might want to think about moving. According to a report from The New York Times, these seven states' laws forbid atheists to hold office. In fact, Maryland also technically forbids atheists to serve on juries or as witnesses in trials.

You may be wondering why you've never heard of these laws before. Well, because they're rarely ever enforced — but that doesn't change the fact that they exist, and it's making atheists in these states pretty angry.

According to the Times report, several atheist groups are protesting these laws, enforced or not, because they are discriminatory and unconstitutional. Todd Stiefel, chairman of the Openly Secular coalition, said:

If it was on the books that Jews couldn’t hold public office, or that African-Americans or women couldn’t vote, that would be a no-brainer. You’d have politicians falling all over themselves to try to get it repealed. Even if it was still unenforceable, it would still be disgraceful and be removed. So why are we different?

The groups are citing Article VI of the U.S. constitution — which states there shall be no religious test for those running for federal office — arguing the same standard should be held at the state and local levels. Additionally, in the Supreme Court case of Torcaso vs. Watkins, SCOTUS more or less forbade states from using religious discrimination against those who wish to run for office.

However, the laws still exist in these state's constitutions, which means they could potentially be evoked at any time. These groups believe the laws are just one small piece of a larger, more insidious prejudice against atheists in the United States, and they might not be wrong.

According to the New York Times, a poll conducted by the Pew Research Center showed 53 percent of Americans polled this year said they would be less likely to vote for a presidential candidate they knew was an atheist. Additionally, their polls show nearly half of Americans would be upset if one of their family members married an atheist.

As for whether or not discrimination against atheists is real in the U.S., I tend to believe that if any group sincerely believes they are being oppressed, it's worth looking into. Not only do atheists feel discriminated against, but they have research and actual, existing laws to back it up.

Whether you agree with their beliefs or not, these archaic laws barring atheists from holding office are unconstitutional and discriminatory, and we need to what we can to make sure they are eliminated.