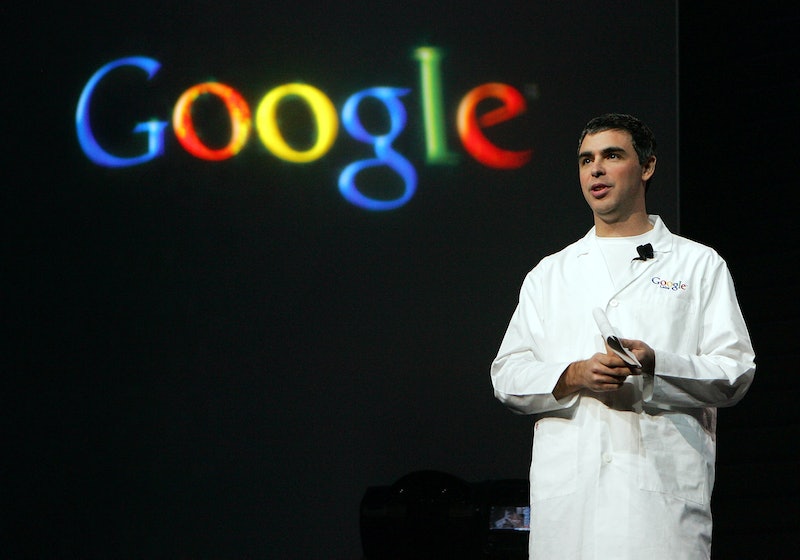 Google's next target: death. Yup, the new world order, erm, company announced a new venture today, a health-care company called "Calico" headed by Art Levinson, the chairman of Apple's board. And one day it might cure death.

Yes, that little rectangular search box is just an unassuming front for Google’s secret Silicon Valley laboratories, the inner workings of which have produced things like the Baudrilliard-y Google Glass and driverless cars.

Now, Calico, which definitely wasn’t named after someone’s cat, is going to attempt to seriously expand the human lifespan. To do this, it will “focus on the challenge of aging and associated diseases,” aka how these things might be conquered. It doesn't have much to give on specifics yet, but you just wait. It's going to use some "moonshot thinking," and then we'll see what happens.

Google’s had some setbacks in the health department before: Google Health, for example, was a personal medical record service that fizzled out. But that was paper records and stuff. This is human existence.

“In some industries,” Google CEO/laboratory spokesperson Larry Page told Time, “it takes 10 or 20 years to go from an idea to something being real. Health care is certainly one of those areas. We should shoot for the things that are really, really important, so 10 or 20 years from now we have those things done.”

The timeline is the same one Google's engineering director, Ray Kurzwell mentioned when he left the lab in June to talk to the 2045 World Congress about how technology could make us live a really long time, maybe even forever.

"The life expectancy was 20 1,000 years ago," Kurzwell said in his speech. "We doubled it in 200 years...Somewhere between 10 and 20 years, there is going to be tremendous transformation of health and medicine."

Calico must have been in the works at that point three months ago, and in terms of approach, it's skipped over merely trying to cure cancer — a small drop in a large bucket of probable causes of death, said Page in his Time interview.

“We think of solving cancer as this huge thing that’ll totally change the world," he said. "But when you really take a step back and look at it, yeah, there are many, many tragic cases of cancer, and it’s very, very sad, but in the aggregate, it’s not as big an advance as you might think."

Instead, by applying to knock out existing problems, Calico might one day be able to tackle the biggest challenge of all.

And you know what? If Calico works, we’re all going to be around long enough to have driverless cars that we’ll fill up with antique Google glasses.