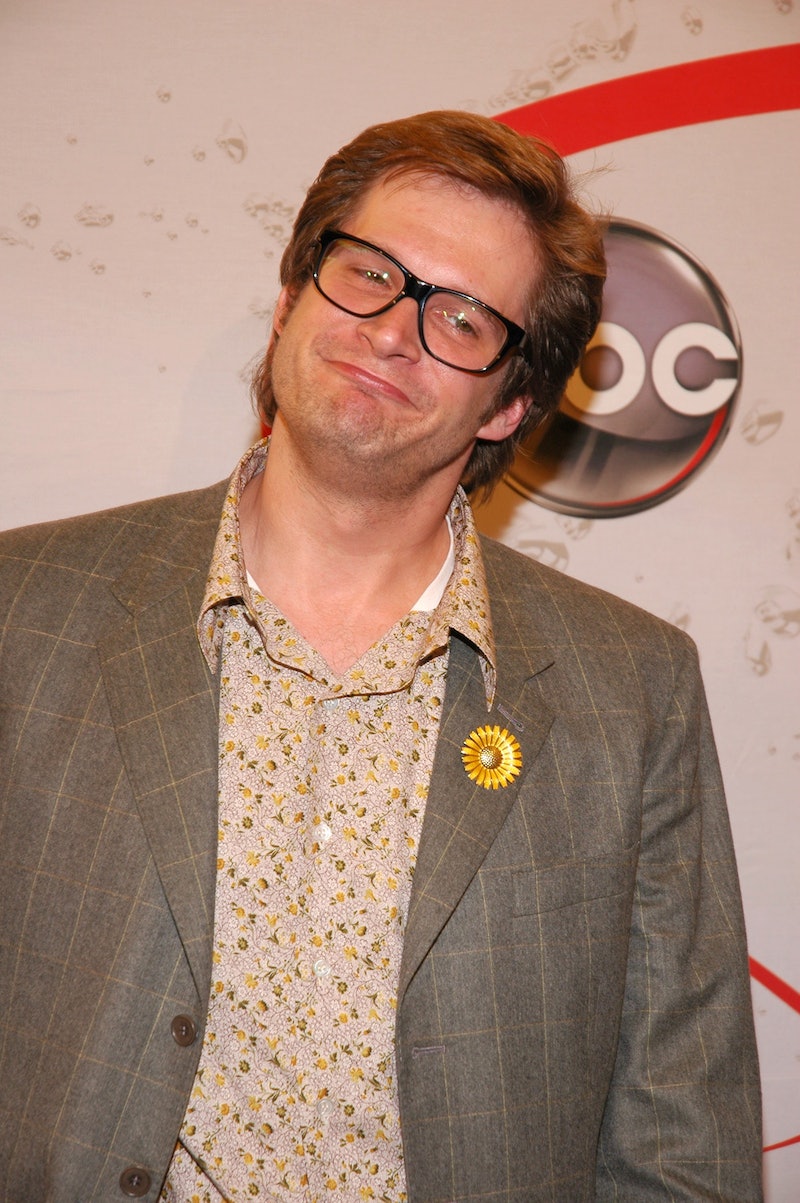 Bryan Fuller is the current showrunner/creator of one of NBC's most ambitious dramas to date, Hannibal, and he's also, basically, a part-time Internet. (Whatever that means... it sounded good at the time.) He's one of the more active and vocal showrunners on television, and for that, fans come a-running, devotedly, to his side. Whether you're a fan of the aforementioned cannibal killer, Pushing Daisies, Wonderfalls, Dead Like Me, or one of his many other productions, Bryan Fuller's online presence has something for you.

Bryan Fuller is like a magical TV witch with the personality of an adorable baby version of the Grim Reaper who just sort finds everything adorable and charming in the right context. He's amused by murder in that "oh golly life is dark and beautiful!" sort of way, and somehow manages to make dark and bleak really beautiful and haunting. I imagine Sweetums having had some torrid love affair with the grim reaper and out popped Bryan Fuller. And he totally looks like a lumberjack in his Twitter photo. (A lumberjack who wears a flower crown, sure, but a lumberjack all the same):

And yes, I believe that's taxidermy. Taxidermy and flowers and plaid. Could anything be more Fuller-y? Probably not.

Yeah, hey, speaking of Twitter: We're totally obsessed, too! Weird, this technologically advanced way of opening up to the world, eh? During the first season of Hannibal, Fuller would often take to Twitter to provide behind the scenes/fun-factoid-y tidbits to complement the episode on-air.

He Has Great Taste in Actors

He's Not Afraid to be a Creep

His shows are dark. Murderpeople abound. There's more blood and gore than your average evening series. Not everyone can "go there," but to those that can? Let 'em at it. It takes a lot of ingenuity to make creepshots work. Major ka-dooze, Fuller.

During the aforementioned live-tweeting sessions, one of the most fun things to see were the visual representations of each set. Fuller's appreciate for vibrancy and lush details only adds to the multi-sensory experience that is tuning into pretty much anything he puts his paws on.

I mean, come on. Flower crowns? Most of you are rolling your eyes like Lana Del Rey on Saturday Night Live, but follow me on this one. It's far more endearing to see a sad-eyed Will Graham (a.k.a. Hugh Dancy) or a really gross corpse wearing the silly floral headbands than a bunch of hipsters at Coachella, right?

GET OUT OF HERE WITH THAT FACE, DANCYPANTSY.

He embraces the geekery of online culture more than most: constantly retweeting fan art, answering questions, calling people within the Hannibal fandom "Fannibals," (which is just so hilarious and nerdy, how could you not love it?) and basically being an adorable ball of creative energy. There's just something so endearing about seeing someone as excited about what they're doing and making as the fans of it are curious.