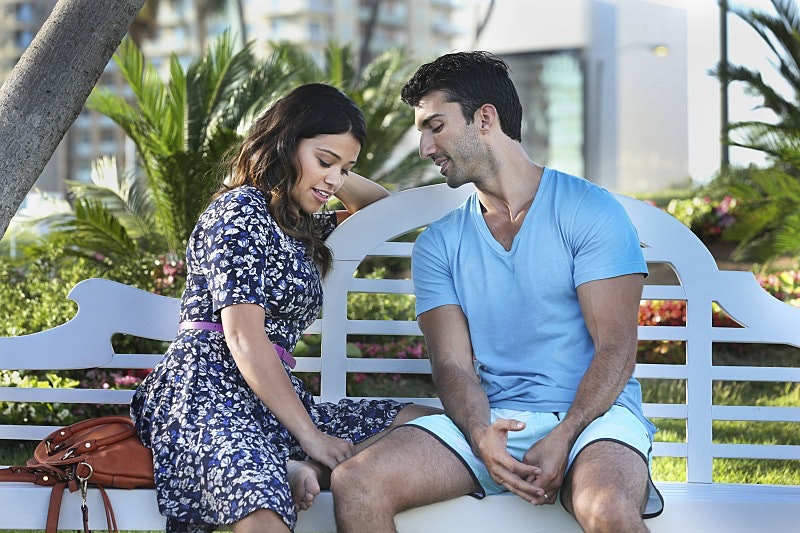 It's award show season again and no matter how you think things are going to turn out there are always some surprises. So when the Golden Globes nominations were announced on Thursday that's exactly what we got. You can think all you want that this show or movie will win, or that actor or actress was so talented, but ultimately the Hollywood Foreign Press Association makes the decisions, not the viewers. We may know what to expect from our multi-year hosts Amy Poehler and Tina Fey (awesomeness and tomfoolery) but until the nominations came out we had no idea which shows, movies, and actors would get the nod and which ones would be totally snubbed. (You're not allowed to snub Amy Poehler. She's literally your host.)

The Golden Globes are often thought of as a preview of what to expect during the Oscars, but they also include a side of interest in television shows. In short, the Golden Globes is one of the best awards shows out there because it's serious without being over-the-top and it allows a wide variety of stars from movies and television alike to hang out, which keeps everyone interested.

But this mashup of talent and attitude can sometimes lead to some nominations you didn't expect, so here are this year's biggest Golden Globe surprises.

Gina Rodriguez, star of Jane the Virgin, is up for Best Actress in a TV Series Comedy, and the show itself is up for best series which is a pretty big deal for the breakout show. When's the last time a CW show was nominated for anything serious?

This movie follows UK gay activists who are working to help miners during their strike in 1984. Based on a true story, it has the historical impact that awards committees love to reward, but it's surprising to see it made the list because no one was really talking about it. Leading up to the nominations there was hardly any buzz about the film, but it's about to get a lot now because Best Motion Picture is a category that shouldn't be trifled with.

This HBO show follows a bunch of men (that's not surprising, though) as they try to make millions in technology during the 80s. Although a fan favorite, the show is brand new and a bit of a dark horse to get a nomination in a category as prestigious as Best TV Series.

Wes Anderson's dark comedy nabbed four nominations for Best Motion Picture, Best Director, Best Actor (Ralph Fiennes), and Best Screenplay. Although I loved the film and thought it was deserving of all the attention, its quirkiness could have easily kept it out of the running for the awards season, and instead it received numerous accolades.

This show's Best TV Series and Best Actor (for Jeffrey Tambor) nominations came as a surprise because prior to this Amazon's streaming service hadn't scored any big time nominations. The success of Transparent could mean that in the future Amazon could be on par with Netflix during awards show season. And thus, Amazon continues their world domination.

But perhaps even more surprising than the shows and movies that got nominations, are the ones that didn't. No Amy Poehler or Scandal? What was the Hollywood Foreign Press Association thinking?

More like this
2023 Oscar Nominations List: 'Everything Everywhere All At Once' Leads With 11 Nods
By Jake Viswanath
How Andrea Riseborough Got Nominated — & Almost Disqualified For An Oscar
By Jake Viswanath
Twitter Is Overjoyed By Angela Bassett’s Record-Making Oscar Nomination
By Maxine Harrison
Yes, You Can Stream ‘To Leslie’ In The UK Now
By Sam Ramsden
Get Even More From Bustle — Sign Up For The Newsletter
From hair trends to relationship advice, our daily newsletter has everything you need to sound like a person who’s on TikTok, even if you aren’t.