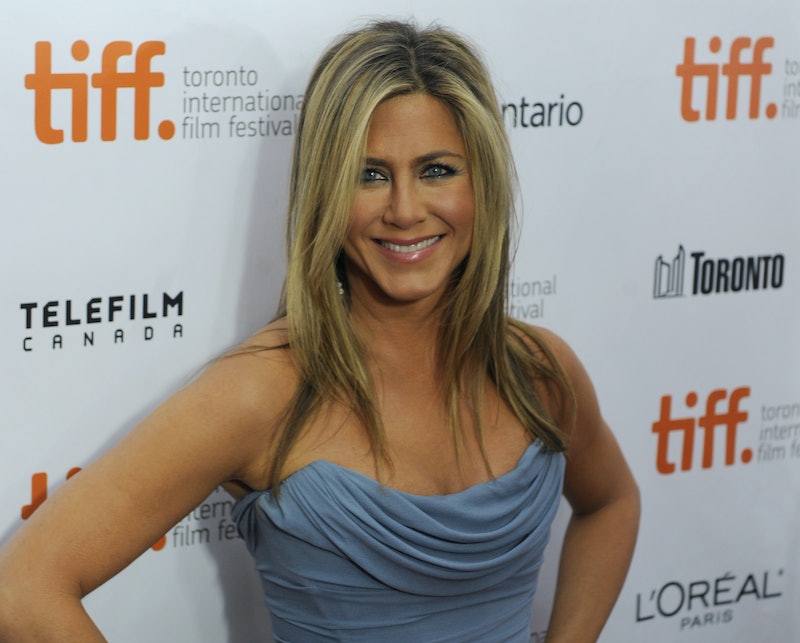 From the time Brad Pitt and Jennifer Aniston first announced their divorce, I was Team Jen all the way. As a diehard Friends fan (then and now), I even had a Team Jen baseball tee that I wore to school on a regular basis back when the Aniston vs. Angelina Jolie drama was at its height. And after Thursday morning's Golden Globes nominations, it seems their rivalry will never end. Jennifer Aniston was nominated for a Golden Globe for her role in Cake, but Jolie was nowhere to be found on the list for her work in Unbroken. And obviously, fans of Aniston have immediately taken this as an opportunity to settle the score.

"My fave was nominated and yours wasn't," is a normal reaction for any serious fan or Hollywood devotee, right? But in this case, I don't think we should go there. As much as I'd love to hold a grudge with Jolie for something that happened almost ten years ago — and, all things considered, probably wasn't even her fault — I simply can't. She's an awesome mom and made a great Maleficent. And where Golden Globes nominations are concerned, she totally deserved one. Not because Aniston didn't, but because they're both supremely talented actresses who should be honored for that talent.

To say that there isn't a competition between Aniston and Jolie would be wrong, because there is — it just doesn't stem from the fact that they have been married to the same man. It's because they're both in the same field of work, and that competition doesn't mean we should gloat when one of them receives a Golden Globes nomination. It should mean that Jolie and Aniston should both work hard for meaningful roles and let the competition drive them — and we, as fans, should continue to support any female who's kicking ass in the entertainment industry or any other industry for that matter, despite the fact that they're rumored to have fought over a man. In fact, that silly, most likely fabricated fight should be the farthest thing from our minds

It would actually be way more satisfying to congratulate Aniston without shaming Jolie in the same breath and then enjoy the incredible movies both of them brought us this year. I will always be Team Jen at heart, just like I was in tenth grade — but the feud is over. Time to let it go.