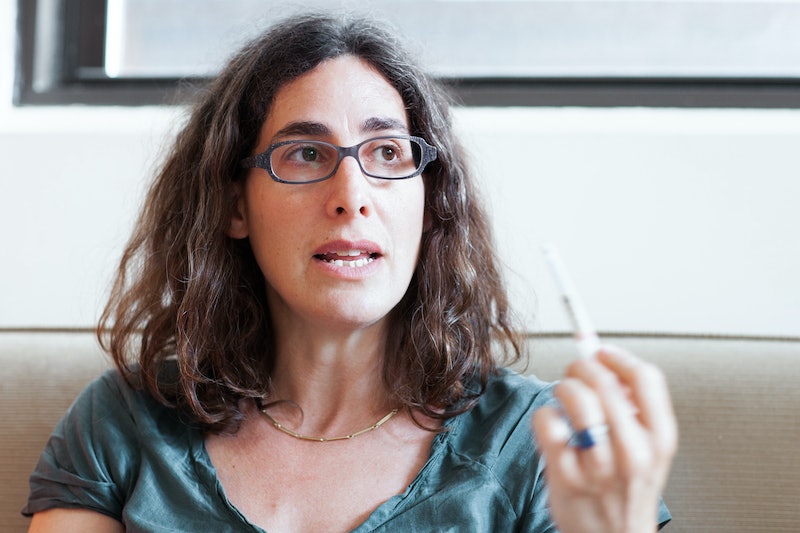 Episode 11 of Serial is out, and this one's a doozy. Not so much because of any sort of big reveal from Sarah Koenig, but because it's sad. It's really sad. The penultimate episode of what has been a whirlwind journey following the story of Adnan Syed, a man who was convicted of killing his ex-girlfriend Hae Min Lee back in 1999, is maybe the first to really hit the idea home that we will probably never know what really happened. And even if host and gumshoe reporter Koenig comes up with a beautifully researched and eloquent theory as to what happened, it may not change anything for Adnan.

The bulk of the episode revolves around rumors about Adnan within the Baltimore Muslim community. This community, while insular and a little paranoid, is one of the best sources when it comes to Adnan's character, because many of these people grew up with Adnan and his family. In her interviews with members of this community, some of which choose to be ID'ed and some of which remain anonymous, we come across stories Koenig has addressed before. They remember Adnan in one of two different ways: the kind, gracious golden boy who wouldn't hurt a fly; and the kind, gracious golden boy who stole money from the mosque and I guess could maybe hurt someone I dunno.

No offense to Koenig, but said bulk of the episode isn't really the interesting part. After an interview with a criminal psychology expert rehashing the psychopath / sociopath debate that has been a running theme throughout various episodes, Koenig goes back to Adnan, to his feelings about the investigation and his life. This section, in my opinion, is where the emotional punch of the episode — and maybe the entire series — lies.

Adnan talks about how any effort he could make to convince anyone of his innocence is futile, because his friends and family will think what they want. If they make up their mind about him and decide he is a murderer, it isn't his job to change it. Not anymore, anyway.

Koenig also reveals Adnan sent her an 18-page letter in the mail some time during the course of the podcast. In the letter, he says his major concerns after being convicted were staying in touch with his family, proving his innocence, and regaining back his sense of good character. That last one is the most important to his happiness. According to Adnan, prison has been the opportunity he needed to reclaim his reputation as a generally good guy. All this investigation has done, this investigation he never asked to be a part of, is threaten the reputation he has tried to regain over the past 15 years. He's upset with Koenig for threatening that, and I get it.

One of the lines he wrote ends the episode:

It doesn't matter to me how your story portrays me, guilty or innocent. I just want it to be over.

Ugh. Considering this is the penultimate episode, that endnote doesn't leave a lot of hope to go off of. This is a real case involving real people's lives, I feel that now more tangibly than ever as a listener, and therefore a fairytale ending is just not that probable. Who knows, Koenig may have a huge reveal saved up for the last episode, but no matter which verdict she ultimately decides on, it won't change the fact that Adnan's story, guilty or innocent, is a tragedy.

Redditor Meh127 sums up how I felt after this episode pretty succinctly:

I don't know about you guys but this episode's left me feeling a bit grubby and upset. Grubby for being so entertained by something so tragic, and upset because after all this raking around in the dirt all the innocent people involved won't get the answers they need.