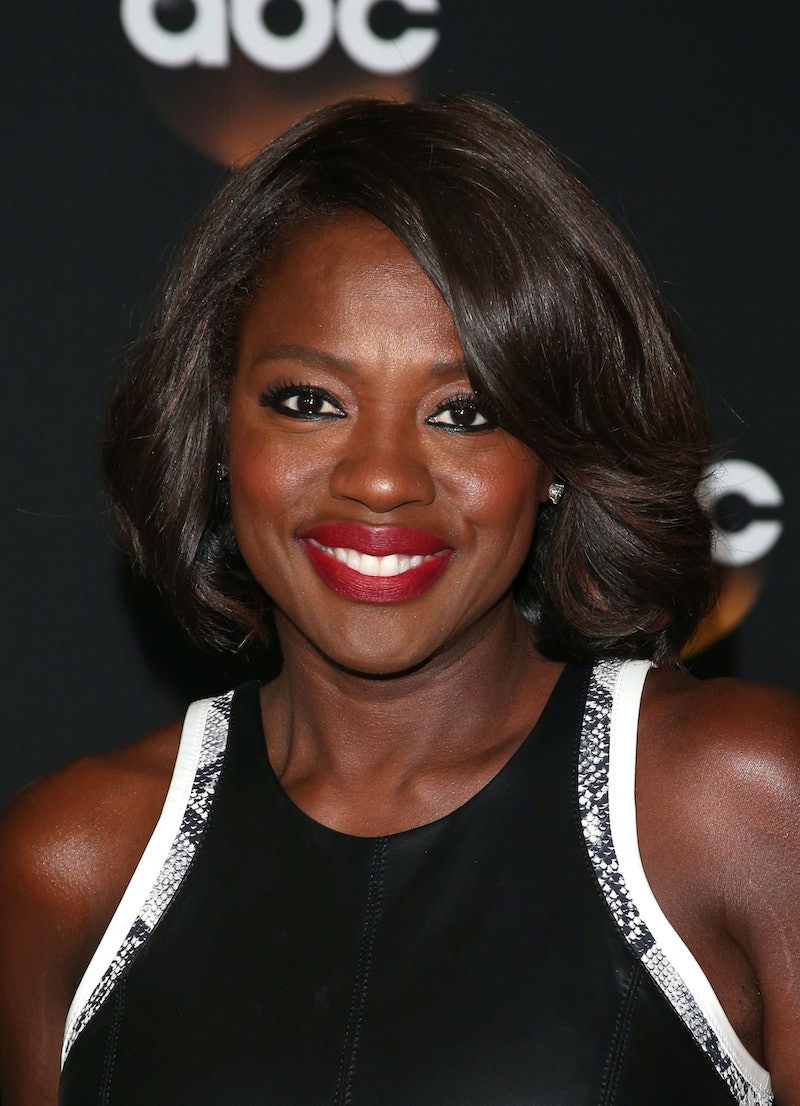 The Hollywood Foreign Press announced the Golden Globe nominations Thursday morning and, for an awards show with the word "globe" in the name, the nominees are anything but global. What is with the obvious lack of diversity in all of the female acting categories? Within the seven actress categories in both television and film, there are only four women of color among the thirty five names listed. In fact, I had to combine the television and movie categories, in addition to including both lead and supporting actresses, to get to that disappointing number. That is so not okay.

It's especially awful because there's not a lack of actresses who are women of color. I'm not saying that these actresses should be nominated to fill a quota just for the sake of creating diversity. However, I am saying that deserving actresses, who have had both critical and commercial success, have been passed over for nominations this year. I'm not a member of the Hollywood Foreign Press and I don't claim to be an expert acting critic. Nevertheless, while there were a lot of surprising snubs on the Golden Globes nominations list, and I cannot help but notice that many of actresses that were snubbed happen to be women of color.

I am obsessed with Mindy Kaling and her television portrayal of Mindy Lahiri on The Mindy Project, which she also produces. In my opinion, this is the most under-appreciated show on TV. It's a smart comedy that really pushes boundaries while staying on the pulse of what's current in pop culture. It was definitely a mistake excluding Kaling from the nominations for Best Performance by an Actress in a Television Series, Comedy or Musical. I am crying on the inside.

Everyone is obsessed with Scandal, so I have no idea why Kerry Washington wasn't nominated for her portrayal of Olivia Pope. Viola Davis was nominated for her role in How to Get Away with Murder, so it seems strange that Washington wouldn't also be included. When both actresses have had acclaimed performances this season, I have to admit that I'm shocked to only see one of their names on the list for Best Actress in a TV Series, Drama.

Actresses from Selma, a movie about Martin Luther King Jr. during the civil rights marches in Selma, Alabama, were noticeably absent from the film actress nominees. This is a film about a pivotal point in American history with great performances from Carmen Ejogo (as Coretta Scott King) and my girl Oprah Winfrey (as Annie Lee Cooper). Selma earned four nominations, but none for these two actresses. Why?

I want to make it clear that I am in favor of diversity in nominees when it is genuinely earned, rather than just for the sake of diversity. I don't think that people should be honored for the sole purpose of fulfilling racial or cultural quotas. With that being said, I think that there were some obvious snubs in these major categories and I cannot help noticing this common thread among the actresses who got the cold shoulder. Some great performances are very noticeably absent from the honorees and I believe merit should be served when it's due, as it is in the case of these amazing women of color.