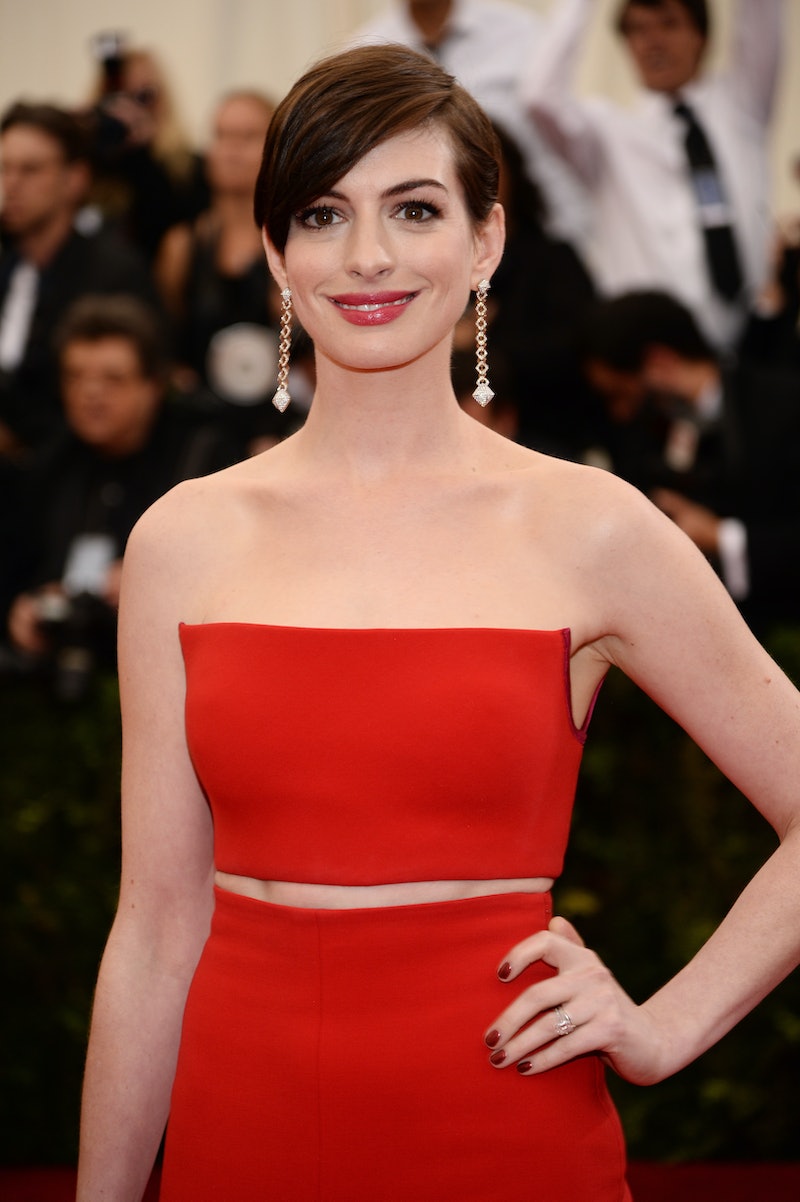 Well, things aren't looking so great for this year's outer space epic. After being snubbed altogether when SAG nominations came out on Wednesday, Interstellar was snubbed again by the 2015 Golden Globes — although not entirely. The film did secure a nomination for Best Original Score which, while well deserved — Hans Zimmer does know how to make an audience feel completely on-edge, after all — leaves the cast and director Christopher Nolan totally out of the running. How is this even possible?

Well, it could be because of some technical factors. As we learned with Wednesdays SAG snub, the reason Interstellar didn't get any nominations may have been because voters simply didn't see the movie. As The Hollywood Reporter explained,

Few predicted either of Paramount’s big Oscar contenders, Selma or Interstellar [would receive SAG nominations], since screeners of those films were not ready in time to send to SAG nom-com voters, who instead were invited to four screenings and Q&As of the former, all of which were well very received, and received “movie cash” to see the latter in regular theaters.

A-ha! If you didn't see the film, you're probably not going to nominate it. So does this make sense for the Golden Globes snub too?

It's possible. According to the official Hollywood Foreign Press Association eligibility rules,

So, basically, if screenings for Interstellar were not as readily available as for other films, this could be part of the problem. Then again, it was nominated for Best Score and the final screening date was Dec. 3 which makes it seem that the production company would have had plenty of time, so perhaps this wasn't the issue.

It could be that Interstellar wasn't nominated for any acting roles, director, or Best Motion Picture - Drama, simply because it wasn't as strong as the other nominees. (Gasp!) The nominees for best drama are: Boyhood, Foxcatcher, Imitation Game, Selma, and The Theory of Everything. None of these are surprising and the fact that Selma, also a Paramount film that has issues as far as getting screeners out, is on the list, makes me think that Interstellar — even with it's insane cinematography — just didn't make the cut. As for directing, personally, I'd say Christopher Nolan was snubbed, but again all the nominees (Wes Anderson, The Grand Budapest Hotel, Ava Duvernay, Selma, David Fincher, Gone Girl, Alejandro Gonzalez Inarritu, Birdman, Richard Linklater, Boyhood) are strong.

So what about acting? If you saw Interstellar, it'd be surprising if you didn't feel something when Matthew McConaughey watched back those tapes from his children after relativity screwed him over, or when Anne Hathaway broke down when she, combined with relativity, made McConaughey miss his children's entire lives (how dare you, Hathaway!), so it might seem that they were snubbed. But perhaps, the other nominees are just that much stronger.

Of course, it'll take seeing all the other movies to be able to know that for sure, so get to it, Interstellar fans. We've got exactly a month before the Golden Globes air on Jan. 11, so we've got to get watching if we're going to truly be able to argue that our dude Nolan was snubbed.