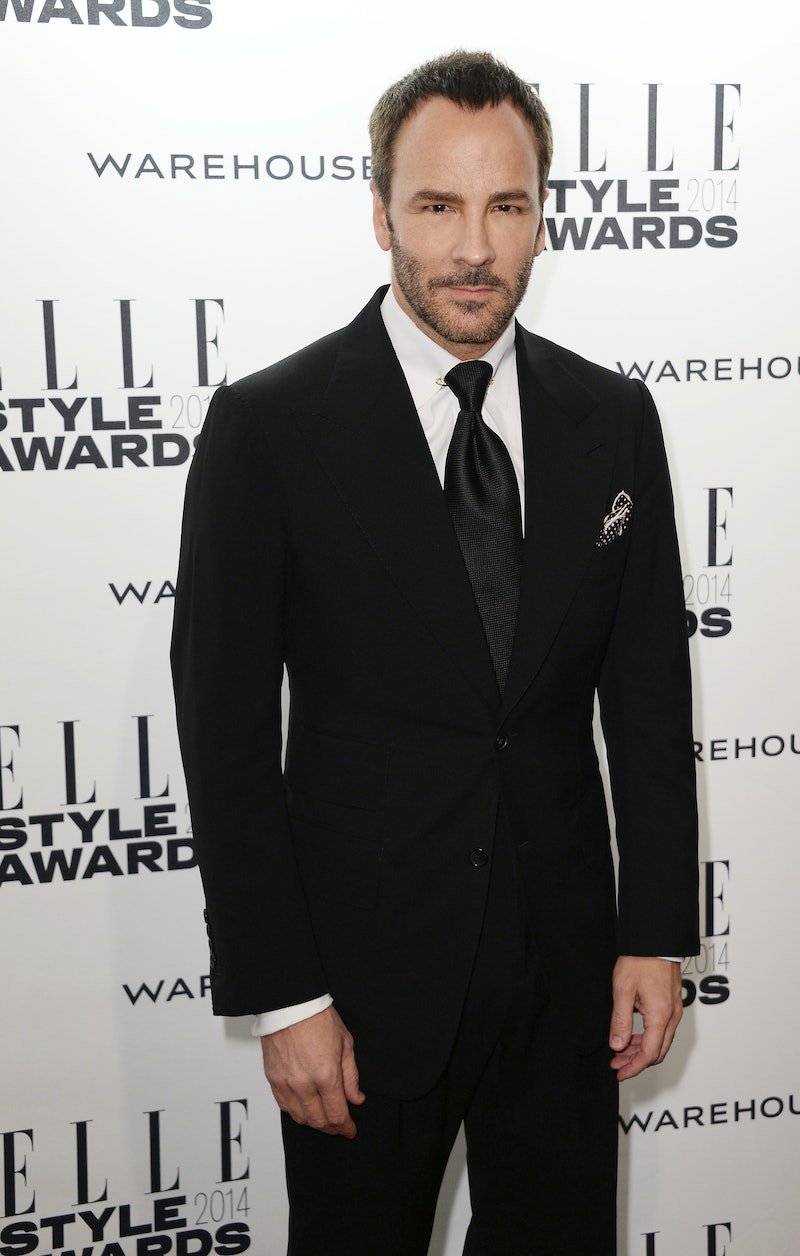 So. We need to talk about Tom Ford's penis. Or rather, Tom Ford's penis necklace . That's right. Esteemed designer Tom Ford, formerly of Gucci, has created an unmistakable replica of the male genitalia in necklace form. It's even called the "Penis Pendant Necklace" in case you were somehow confused and thought it could be something else.

The necklace is available in three sizes (lolz) — small, medium, and large — for the measly price of $790. Practically a steal when you factor in all the priceless reactions you'll receive from conservative family members and creepy old men on the street when you pair this elegant piece with an LBD for a night on the town. According to Harper's Bazaar, the charm is offensive for more than just the obvious reasons, due to the fact that the, um, balls are strategically placed so that the whole thing resembles a cross:

In June, Tom Ford, designer and provocateur, made weary fashion journalists in London for the men's shows perk up and do a double take at what was then called a crucifix/penis necklace. It was equal parts panned as obscene or inspired — a sly allusion to fascinus charms favored during the Roman empire.

Whether you choose to view it as a hilarious (and hilariously expensive) gag gift or an obscene statement about religion is up to you. From a purely fashion standpoint, I'm not sure a phallus necklace is exactly a "must-have" this winter, but hey...to each his/her own.

More like this
Iris Law's Skunk Mullet Is Not For The Faint-Hearted
By Tomi Otekunrin
10 All-Denim Outfits Inspired By Billie Eilish, Bella Hadid, & More
By Allie Fasanella
Dua Lipa Just Took A “Pre-Show Dip” In A Dreamy Thong Bikini
By Allie Fasanella
The 6 Best Hiking Socks For Summer
By Rachel Cavanaugh
Get Even More From Bustle — Sign Up For The Newsletter