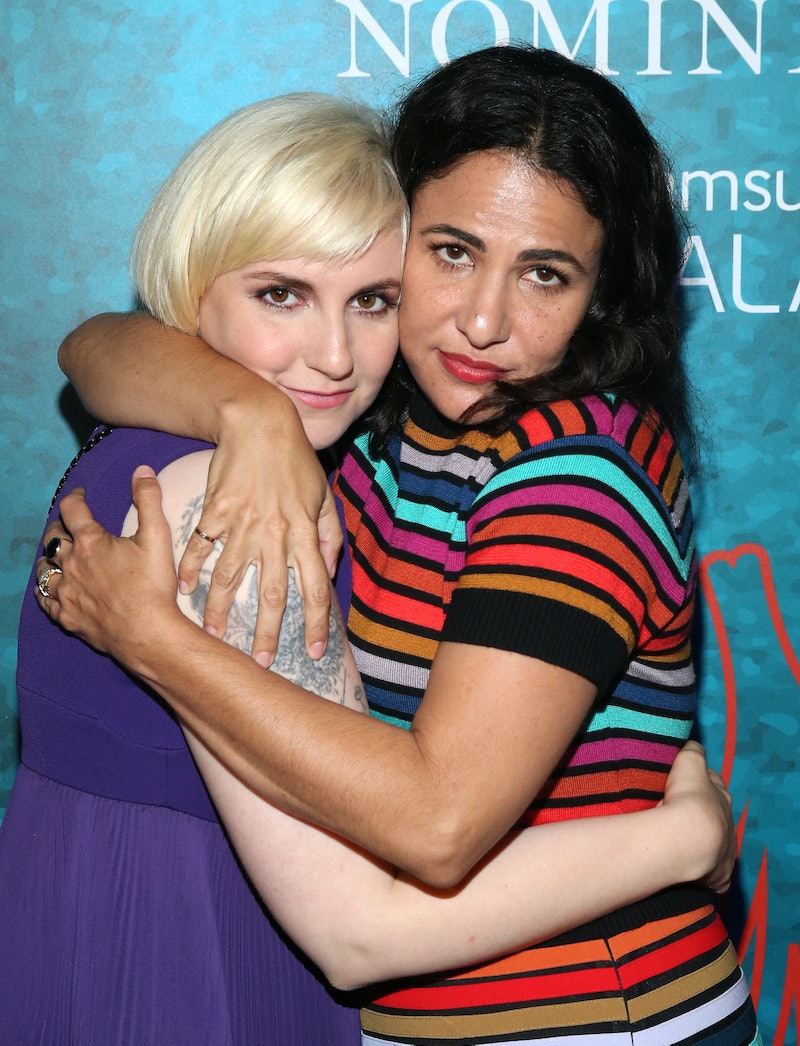 No matter who wins at the 2015 Golden Globes, women will probably come out on top in the TV comedy or musical category. As Girls showrunner Jenni Konner pointed out on Twitter, all but one of the nominated shows have female showrunners at the helm, which is a huge deal. And out of the five nominated shows, three are female-centric — Girls, Jane the Virgin, and Orange Is the New Black — and Transparent is a story about transgender father opening up to her family.

The best part about this variety of shows is that each tells a unique story from a perspective of completely different types of women. Girls is about twentysomethings living in New York City; Jane the Virgin centers around a Latina teen who is accidentally artificially inseminated; Orange Is the New Black gives us a glimpse inside prison life; and Transparent shares what it's like to reveal a secret identity that will change your whole life.

As for the ladies at the head of these shows, Girls was created by Lena Dunham and has Konner as showrunner; Perla Farías created Jane the Virgin and Jennie Snyder Urman runs the show; Jenji Kohan created and runs Orange Is the New Black; and the same goes for Jill Soloway with Transparent. Also, in addition to three stars of the aforementioned shows receiving acting nods — Dunham, Jane the Virgin's Gina Rodriguez, and Orange Is the New Black's Taylor Schilling and Uzo Adoba — two other shows with strong female characters were nominated: Nurse Jackie's Edie Falco and Veep's Julia Louis-Dreyfus. Brava, ladies!

More like this
Don Crowder Successfully Defended Candy Montgomery, But His Story Ended In Tragedy
By Gretchen Smail
Sandra Bullock, Girlboss Extraordinaire
By Matt Harkins & Viviana Olen
Spice Girls’ Net Worth: The Richest Member Is Wealthier Than The Rest Combined
By Hugh McIntyre
Pete Davidson & Kate McKinnon Are Part Of A Reported Major SNL Cast Shakeup
By Brad Witter
Get Even More From Bustle — Sign Up For The Newsletter