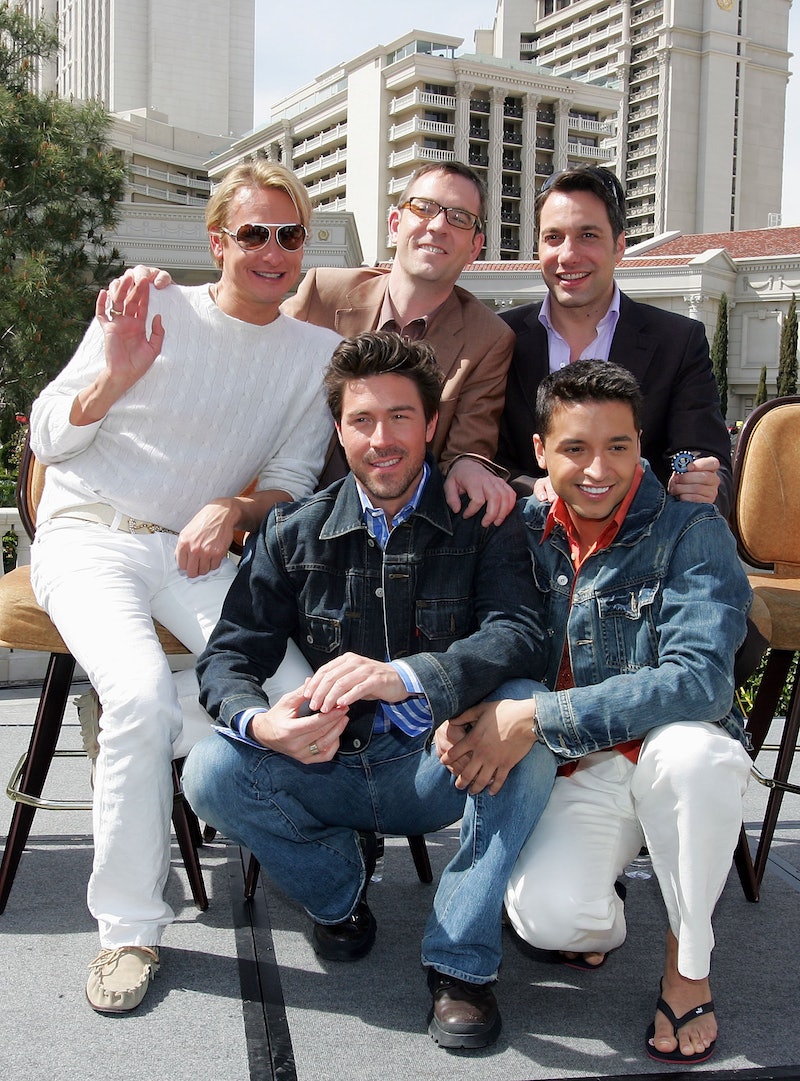 Think back to 2002: Bravo — future home to the Real Housewives franchise and Andy Cohen — was known as a place of fine arts programming. Scoot a few months forward to July of 2003. Queer Eye For the Straight Guy premieres. The world of reality television was never the same. Now, 10 years later, Queer Eye is getting a reunion.

If you think that above phrase about Queer Eye changing everything was melodramatic, just think back: Bravo used to be the proud home of programs like Inside the Actor's Studio. For a long time, it ran PBS-style, not even accepting advertisements. (That's right, there existed a time when that guy Bravo's got stuck in a wind tunnel somewhere wasn't narrating those promos.)

Then Queer Eye For the Straight Guy hit. It featured a fashion expert (Carson Kressley), a grooming guy (Kyan Douglas), a culinary pro (Ted Allen), an interior designer (Thom Filicia), and a culture guide (Jai Rodriguez). They were known as the Fab Five, all self-identifying as gay, and they would use their respective powers to make over the life and appearance of selected straight men.

The show was such a monumental hit that Bravo decided to remodel their entire being around it. Think of a Bravo show and it relates back to the interests of one of the men in Queer Eye: Project Runway to the fashion focus of Kressley, Top Chef to Allen's culinary expertise, Interior Therapy With Jeff Lewis to the designs touted by Filicia, and so on. If there's something on Bravo you love or hate (or, more likely, hate to love/love to hate), you can trace it back to the influences of the Fab Five. They're literally the ones who made metrosexual a widely used term.

And now they're back. The Queer Eye Reunion: Ten Years Later will air in October, hosted (of course) by Andy Cohen. Behind-the-scenes stories and cast nostalgia will feature heavily.

What have these guys been up to since the show ended? Until they tell us themselves in October, we pulled some more recent photos of the Fab Five for those curious to see how fabulosity ages.

Yep, the Queer Eye for the Straight Guy dudes are all still gorgeous. Ten years later. Turns out, we really do need their advice.