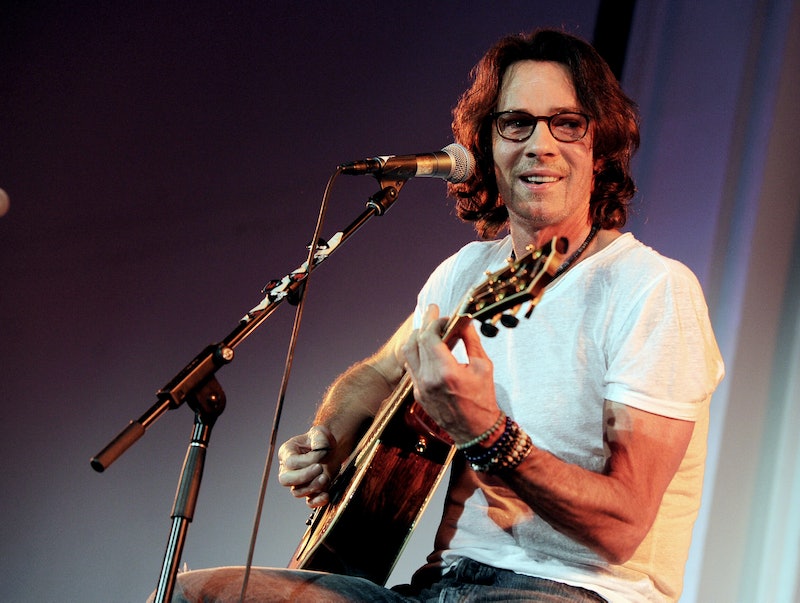 Now that the lead roles in Season 2 of True Detective have been cast, you'd think all of the excitement about the show would be over until the season premiere. Think again. Colin Farrell and Rachel McAdams might be the next True Detective(s), or at least the only true detectives that matter to me, but there's a surprising twist in the cast of next season that might just make you raise an eyebrow. Apparently, musician Rick Springfield will be in True Detective Season 2, though that's about as much detail as we're getting on that.

Springfield is an Australian singer-songwriter famous for such songs as "Jessie's Girl," "I've Done Everything for You," and "Affair of the Heart." He's also done some acting and book writing, if his autobiography counts as a book. (I mean, it's more of a memoir.) Springfield announced his role on True Detective via social media on Monday, tweeting, "Just finished my 1st day of shooting for season 2 of HBO's True Detective. What a great script. Working w/ Colin Farrell & Rachel McAdams!"

That doesn't tell us anything about his actual role, but we can at least guess the impact. From this, I'm willing to bet that Springfield has something to do with a case — a reoccurring sort of involvement, since this is only the first of what is probably many days of shooting. Any further speculation is entirely up to True Detective fans to engage in, but one thing is for sure. True Detective Season 2 will be every bit as surprising and exciting as True Detective Season 1, even without Matthew McConaughey to look at.