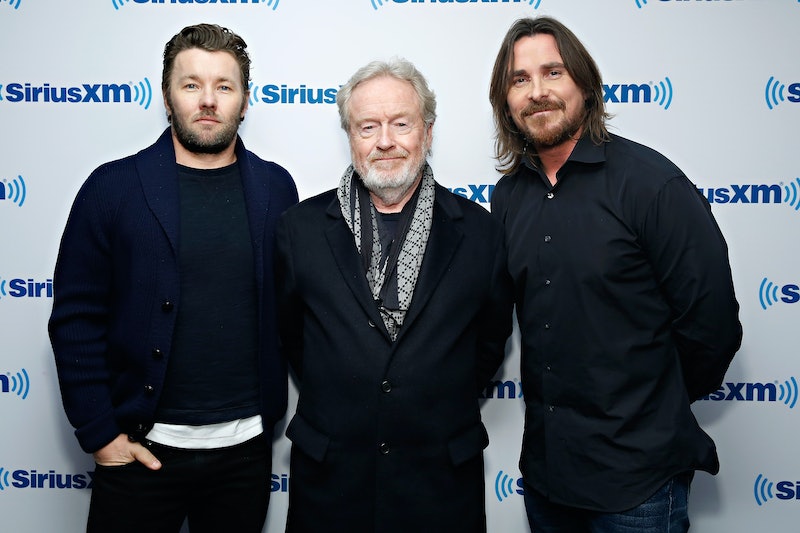 Whitewashing is hardly uncommon in Hollywood. In fact, whitewashing is everywhere in Hollywood, from that Avatar: The Last Airbender movie fans of the original series agreed to forget ever happened — my apologies for invoking the name here — to Benedict Cumberbatch's role in Star Trek Into Darkness , and even arguably to Jennifer Lawrence and Liam Hemsworth's roles in The Hunger Games . It's everywhere, but rarely is it quite as pronounced as it is in Exodus: Gods and Kings. But director Ridley Scott would like you to know that if the whiteness is driving you away from the film you should really "get a life." You know, because he had to whitewash it, because of all the hundreds of millions of dollars.

Exodus is a movie wherein legendary Egyptian heroes are all played by blindingly white actors, while all the villains are played by people of color. Scott has claimed this was necessary, that he had no choice but to cast white actors in the lead roles because Hollywood wouldn't pony up $150 million for a movie where the "lead actor is Mohammad so-and-so from such-and-such."

Now Ridley's digging in his heels even further, taking shots at the people who are boycotting the movie over these decisions — and star/White Moses Christian Bale is continuing his defense of the director.

Bale backed him up, emphasizing the system that helped create the movie: "[Scott]'s been incredibly honest in getting a large, big-budget film like this made."

Maybe. Here's the thing, though: Just because Hollywood is a racist place that hasn't allowed for an abundance of people of color to become major movie stars doesn't mean directors have an excuse to follow in those footsteps — and it doesn't mean they have to stumble forward with a movie that they weren't required to make. There are a lot of movies out there waiting to be made, and what happened here is that they went through with one of the more racist options out there. To add insult to injury, the film's not even getting good reviews aside from the race issues. Boycotting a film's hardly difficult when it's been made clear the social issues are far from its only weakness.