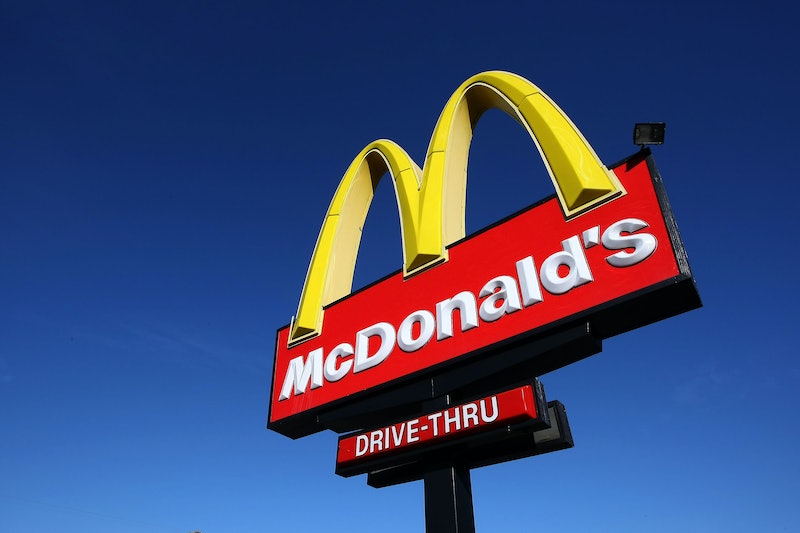 In yet another effort to combat declining profits in the U.S., a nation the once-omnipresent corporate food chain used to dominate, McDonald's will eliminate menu items and use less ingredients in their food, attempting to streamline service and boost sales. Come January, you'll be looking at eight less items on the menu and five fewer Extra Value Meals.

McDonald's spokesperson, Becca Hary, told Reuters the "cleaner menu board" is being tested in certain locations around the country. McDonald's current menu has an overwhelming number of options — since 2007, its menu has grown an absurd 70 percent. The smaller menu aims at cutting down wait lines — too many choices, not enough stomachs — and improve customer service.

But that's not the only change the restaurant has in mind. It recently announced plans for "Create Your Taste" customizable burgers, where customers get to choose everything from the bun to the toppings — guacamole available, of course — but here's the catch: a customized burger will cost $8, considerably more than a $5 Value Meal.

The moves to revamp the restaurants come on the heels of their sales in the U.S. facing an all time low. In November this year, it saw a 4.6 percent drop compared to same-store sales a year ago. McDonald's stores in the U.S. have not seen a monthly increase in sales since October 2013, reported Reuters.

McDonald's is also facing unprecedented competition from the beloved Chipotle, whose appeal to the younger, more health-conscious population is clearly working. The Mexican fast-food chain opened a staggering 132 new restaurants through September, and there is no sign of America getting sick of their giant burritos just yet.

After Chipotle, there is an array of chains that serve healthier, tastier fast food — think Shake Shack, Five Guys, In-and-Out Burger — for only slightly more money. And is it just me, or does McDonald's, if personified, give off an old, graying, out-of-shape vibe, in comparison to these other fast-food joints? I mean, there's something about their stores that feels unpleasant, although it could just be my subconscious mind sending out waves of regret in anticipation of the McChicken I presumably would be about to consume.

McDonald's also tried to defend its hegemony in October with the campaign "Our Food, Your Questions" aimed at fighting the perception of its low food quality. A video of the now-infamous "pink slime" that was allegedly the source of its Chicken McNuggets went viral earlier this year, and although since debunked, the fact that people sincerely believed it goes to show just how sketchy a reputation McDonald's currently has.