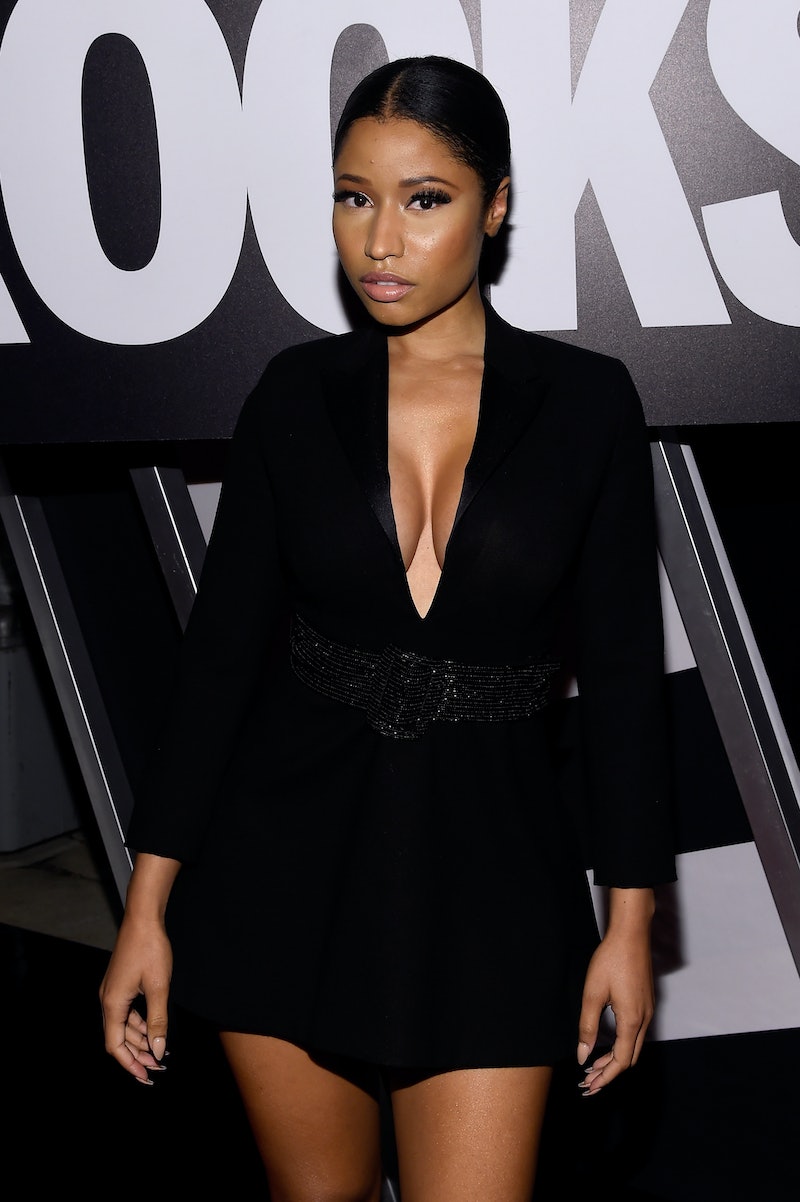 They're back. Not that long after Beyoncé released the Platinum Edition of her 2013 album, BEYONCÉ, which featured a remix of her song "Flawless" featuring Nicki Minaj, it seems that the two musicians have collaborated on yet another track together — and, true to form, it's amazing. Nicki Minaj and Beyoncé's "Feelin' Myself" has officially dropped on the Interwebs, ahead of next week's release of Minaj's next album, The Pinkprint.

Running at about 4 minutes in length, the song is a balance of badass and risqué: Not only do Minaj and Beyoncé equally carry the track with their rapping and singing skills, but the lyrics are classic Bey and Nicki. I won't quote the raunchier sets for the sake of being SFW (you should note, however, if you choose to listen to this song at work, headphones are definitely recommended) but I will quote this verse because, simply, it's amazing: "Changed the game with that digital drop/ Know where you was when that digital popped/ I stopped the world/ Male or female, it make no difference/ I stop the world, world stop.../ Carry on."

So, like, since the two have already collaborated on "Flawless" and now "Feelin' Myself," can we just get a whole album with the two of them full of songs like this, a la Jay Z and Kanye West's Watch the Throne ? Because, seriously, I don't think I'd ever stop playing that.

Check the song below.