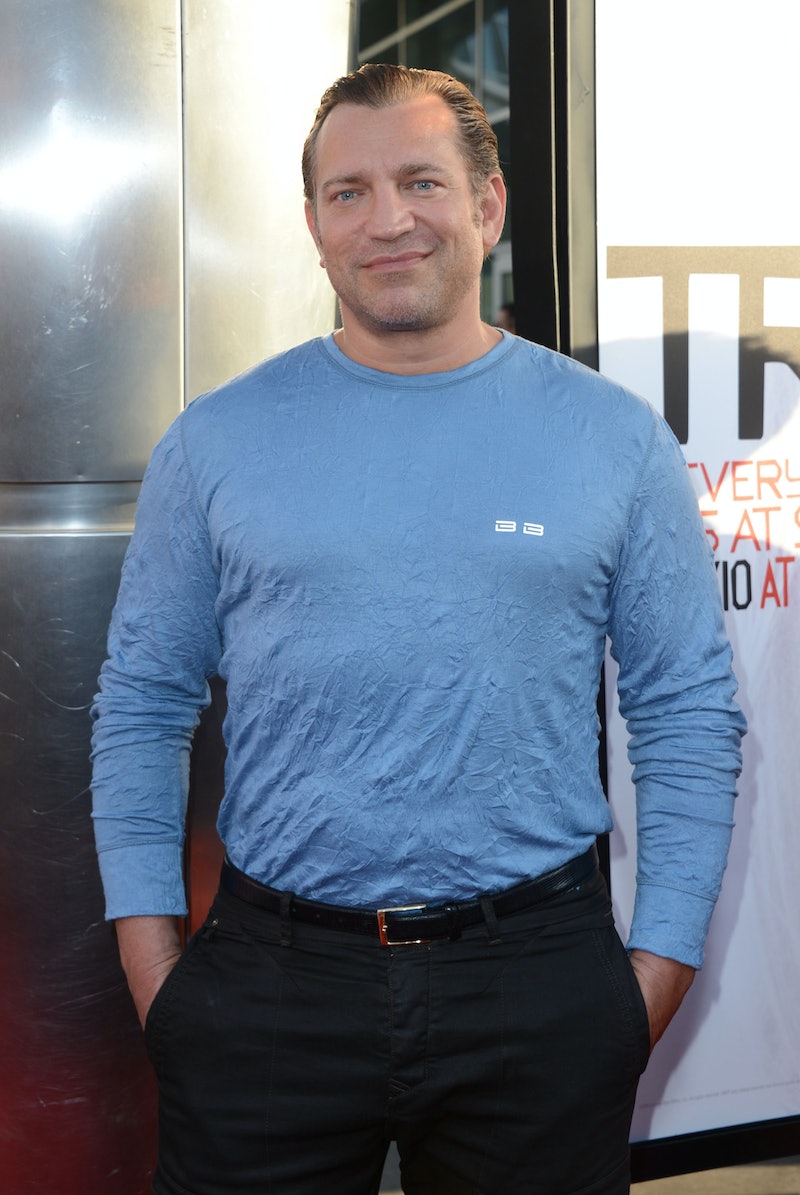 Well this is incredibly creepy, disturbing, and at least a dozen other synonyms. Sons of Anarchy actor Dimitri Diatchenko has been charged with killing and eating his ex-girlfriend's rabbit — and sending said ex-girlfriend photos of this all while threatening to do the same to her. It's a scene straight out of Fatal Attraction, and even more terrifying.

According to CBS News, Diatchenko's official charges are for animal cruelty and making criminal threats. Diatchenko is an actor who's been working onscreen since 1997, making appearances in everything from Alias, to Indiana Jones and the Kingdom of the Crystal Skull, to Sons of Anarchy, How I Met Your Mother, and 2 Broke Girls. The Los Angeles County District Attorney’s Office told CBS that the rabbit's death and the alleged threats took place after the actor's ex-girlfriend told him that she was moving out of their shared home.

According to prosecutors, "While the victim was out of the house, Diatchenko skinned the pet, cooked it and ate half of it while sending her step-by-step pictures of what he did," continuing the threats when the woman returned home.

Diatchenko claims not to have killed the rabbit, instead claiming that he set the bunny free and bought rabbit meat so that his ex would think he'd murdered her rabbit.

Any which way, this is pretty effed up.