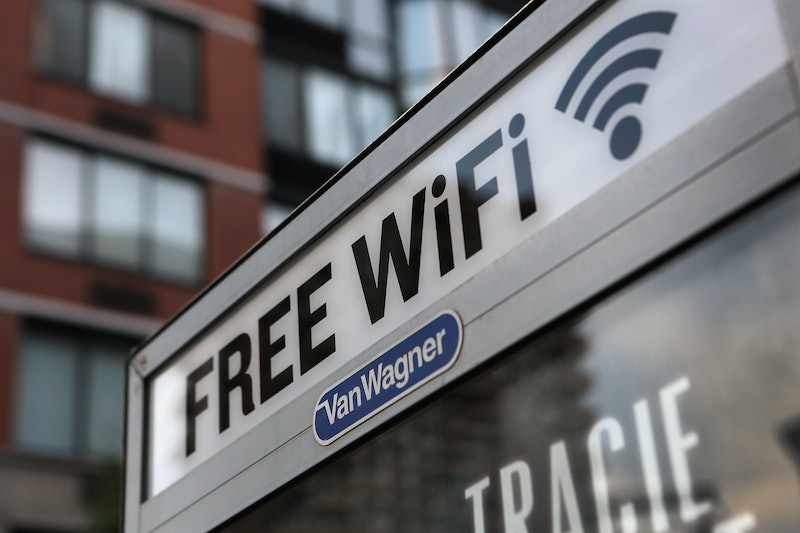 We should be rethinking Maslow's hierarchy of needs, and putting the Internet into the mix, according to the worldwide web's inventor, Tim Berners-Lee. On Thursday, the famous computer scientist called the Internet a "basic human right," putting access to this relatively new form of technology right alongside more generally accepted ideals like life, liberty and the pursuit of happiness. And as critical as the Internet has been in the last few decades in catalyzing truly fundamental changes and progress across the world, it seems difficult to call something a "basic human right" when it's only been around for 25 years. After all, access is one thing, but what we choose to do with the Internet's capacity is an entirely different matter.

Berners-Lee's comments were spurred by the recent release of the World Wide Web Foundation's release of its Web Index report, which examined a number of issues pertaining to the Internet across 86 countries, including net neutrality, censorship, and gender-based violence. While Americans' biggest concerns about their web security may be Facebook privacy policies or the Patriot Act, the report found that several countries around the world practice dismal security and surveillance tactics. In fact, 84 percent of the countries surveyed had "weak or even nonexistent laws against mass surveillance," up 21 percent from 2013. Moreover, 38 percent of countries were shown to be "moderately or heavily censoring political and socially sensitive content."

Overall, a staggering 4.4 billion people, the vast majority of whom live in rural areas of developing nations, remain entirely without access to the Internet, a luxury many of us take for granted as we spend upwards of 11 hours with some form of digital media. And this vast discrepancy, Berners-Lee says, is a big problem.

These comments come hot on the heels of Mark Zuckerberg's recent interview in Time Magazine , in which the social media founder revealed his plans for Internet.org, which he claims will further Facebook's mission of connecting the world. But as important as connectivity is, there seems to be considerable ambiguity surrounding what connection really means. The Internet, after all, is about a lot more than being able to say hello to someone halfway around the world. And when it comes to being connected, are we trying to connect with one another, or perhaps with even more basic needs?

It's time to recognize the Internet as a basic human right. That means guaranteeing affordable access for all, ensuring Internet packets are delivered without commercial or political discrimination, and protecting the privacy and freedom of Web users regardless of where they live.

Certainly, access to the Internet is an important tool for many, particularly women in developing nations. Even in countries where Internet availability is already scarce, numerous studies have shown that women are even less likely than their male counterparts to be able to benefit from the opportunities the technology may afford them. And considering that the Internet has become increasingly synonymous with information and education, it is undeniable that it has become a powerful tool for the betterment of women around the world.

But this is about more than just access. The Internet, I would argue, is not a basic human right — the opportunities and, in some cases, protections that come alongside the Internet, however, are. For example, the Web Index cites a 2014 example of an Egyptian NGO called Shoft Taharosh. In March, the organization posted a video of a woman being harassed at Cairo University, which prompted an enormous public backlash, eventually leading to the first ever implementation of a sexual harassment policy in the area. This, I believe, is a basic human right — the ability to move about in life without the fear of discrimination or intimidation based on gender, race, sexuality, or any number of differentiating factors. And yes, absolutely, the Internet has been instrumental in allowing this to happen. But to conflate access to a relatively new technology with basic human dignity and respect? That seems to confuse the ends and the means.

So why the nit-picking? Why does it matter if we call the Internet a basic human right if it's helping us secure them anyway? Because in my mind, it is dangerous to assume that millennia of problems can be solved by way of mere access to the Internet. It is dangerous to assume that so-called "connectivity" will create social, political and economic change the world over. Because even in places like the United States, where we are lucky enough to have access to the Internet, to be "connected" by Mark Zuckerberg's standards, we still have not secured real basic human rights for all. The decisions in the Mike Brown and Eric Garner case, and worse yet, what happened to Mike Brown and Eric Garner, are proof of that.

Here in the United States, which admittedly, was not at the top of the Web Index's list of the countries that used the Internet best (that honor belonged to Denmark, Finland, and Norway), having access to information has not necessarily secured safety, justice, peace or progress. Despite the clicktivism and the hashtags and all the attempts at social justice from behind a computer screen, we, as a society, are not connected. At least, not in a way that seems to really matter. And when it comes to our basic human rights, we haven't even met some fundamental provisions of safety and equality. So as important as I think the Internet is, and as committed as I am to the idea of bringing it to the world, we cannot make the mistake of pretending that it is the answer to all of our problems. That would be the most dangerous assumption of all.

More like this
7 Gun Control Advocates To Follow On Twitter
By Madhuri Sathish-Van Atta
Instagram Users Are Reporting Issues Scrolling & Logging In
By Courtney Young
What Does “Gatekeeping” Mean On TikTok? The Viral Term, Explained.
By Courtney Young
Using Your Pet’s Name As A Password? Here’s Why You Might Want To Change It
By Cristina Sanza
Get Even More From Bustle — Sign Up For The Newsletter