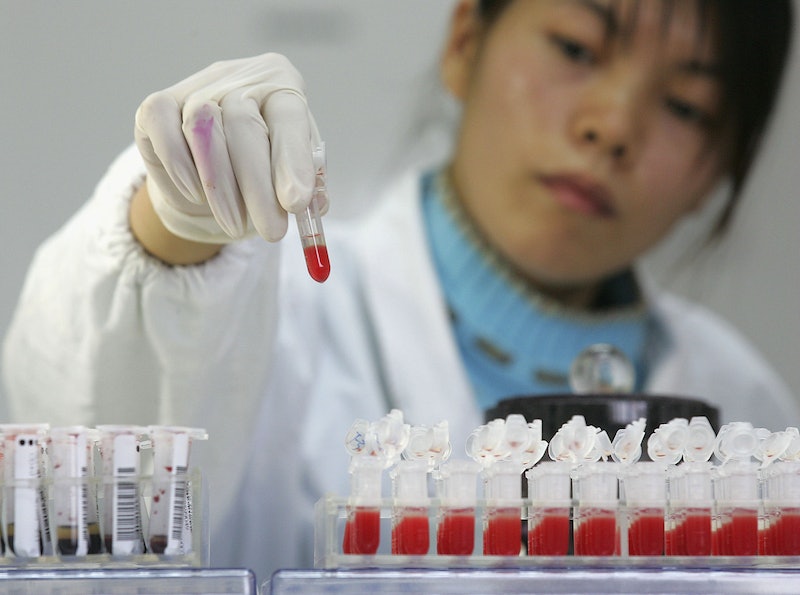 Public Service Announcement: STDs are real, everyone. They’re real, they’re more common than we think, and they’re scary. They’re not just the mythologized stories you hear in 6th grade sex-ed or in an episode of GIRLS (that said episode, by the way, treats HPV really flippantly which is pretty irresponsible). Everyone needs to actually be aware of STDs and know that when you’re having sex with someone you’re not one hundred percent sure has been tested and isn't banging randos on the side, you need to wear a condom. Too expensive? Go to Planned Parenthood and they will give you an endless supply for free. Happy, safe sex for days and days!

With all that said, here's some more real talk: there are some STDs you might not even have studied in health ed. They’re still going around, but they’re not as "commercialized" as let’s say, crabs or chlamydia. It’s super important to be acquainted with all the STDs, whether or not you’re in a committed relationship. You should always get an annual check-up, and you need to ask your partner(s) to get them, too. Seriously, nothing is less sexy or romantic than a sexually transmitted disease.

Here are nine STDs that you need to add to your STD Library Of Concern And Wariness (note: I didn't include photos because I don't hate you guys that much, but still, some of the descriptions are a bit Not Safe For Life):

Whether you’ve heard about it or not, trichomoniasis is the most common STD for women. According to Every Day Health, “13 percent of U.S. women older than 50 had trichomoniasis.” Additionally, 7.4 million cases pop up every year. You can get this disease through vaginal sex (penis-to-vagina, or vulva-to-vulva). The symptoms include gross-smelling, yellow-green discharge, itching and discomfort down yonder while you pee or have sex. Yup, sounds like the time of your life, right? You can, thankfully, treat this with antibiotics.

Lymphogranuloma venereum, which is often mistaken for syphilis or herpes, is actually a little different. The symptoms you’ll see are bumps or ulcers on your lady or dude parts, as well as swollen lymph glands in that area. LGV is caused by a strain of Chlamydia trachomatis (yep, that chlamydia), and can be treated by antibiotics. Currently, no one knows how it’s spread.

This skin condition can be transmitted through vaginal, oral, or anal sex, but you can also get it just by sharing towels or clothes with someone who has the condition. Molluscum contagiousum looks like small, red bumps (kind of like really inflamed zits, and yes, I Googled this so that you don't have to) that can not only spread from person to person, but can travel throughout your whole body if you don’t take care of the problem. They can go away on their own, but if they don’t, you’ll need to get them professionally removed by a dermatologist, frequently leaving you with scars. Be especially vigilant when you’re living at the dorms (you should anyway, dorms are like bacteria discotheques), or when you’re at the gym, because you don’t even have to have sex to catch this disease.

You end up with parasites in your intestines generally by consuming poop that contains giardiasis, amebiasis, and cryptosporidiosis. Since wearing gloves or dental dams while stimulating your partner’s butthole sounds pretty un-awesome, there’s not a whole lot you can do to prevent this besides communicating with your partner beforehand and getting tested. Remember: your butt can also be a vessel for STDs. Do not underestimate butts.

HTLV has infected 15-25 million people around the world, and, according to Planned Parenthood, one to four percent of those infected will develop adult T-cell leukemia lymphoma, “a protein encoded by this virus can interfere with our ability to repair DNA and regular cell division, leading to uncontrolled growth of mutated cells.” It can also cause HAM/TSP, a chronic neurological disease, as well as a skin condition called infective dermatitis. This one is spread through both hetero and homosexual sex as well as through breastfeeding.

This disease is categorized by a few types of bacterial species that are sexually spread, the most popular being Mycoplasma genitalium, which can cause nongonoccocal urethritis, an inflammation of the urethra. This super sexy STD also comes with discharge (yum!), painful urination (cool!), and itchiness (the best!). In regards to treating it, Planned Parenthood says, “As we expand our understanding of the various microbes and viruses that cause NGU [another type of the same disease], we will improve our ability to treat these infections more effectively.” So, nothing good here, guys.

Chancroid is more common in tropical, damp climates, which is where this particular bacteria seems to thrive. The disease comes in the form of a swollen, open sore on your vagina or penis, and it can also become super infected, pus and all. Chancroid can be transmitted via hetero or homosexual sex, as well as orally.

According to Planned Parenthood, Cytomegalovirus is super common: “About 80 percent of the U.S. population is estimated to be carriers, with about 4 to 10 of them infected non-sexually through puberty.” While CMV doesn’t have any symptoms for the most part, pregnant women or people with immune disease can be affected. You can get CMV through “urine, cervical and vaginal secretions, saliva, semen, blood, and breast milk.”

This sexually transmitted bacterial infection is pretty rare, but the results can be quite horrific (and painful). Symptoms include “fleshy red ulcers that easily bleed, ulcer with a raised, and irregular edge and a "walnut-like" appearance.” These ulcers show up around the genital region, but can also pop up on your nose and chest.

The bottom line? Use rubber. Communicate with your sexual partners. Get tested frequently. Don't be an idiot.

More like this
What Mercury Retrograde Spring 2022 Means For Your Sign's Sex Life
By Nina Kahn
Help! My Partner Only Wants Sex Late At Night & Won’t Compromise
By Sophia Benoit
The Most Common Traits Of A Taurus-Gemini Cusp
By Nina Kahn
Here's What The Face Emojis Actually Mean
By Bustle Editors
Get Even More From Bustle — Sign Up For The Newsletter