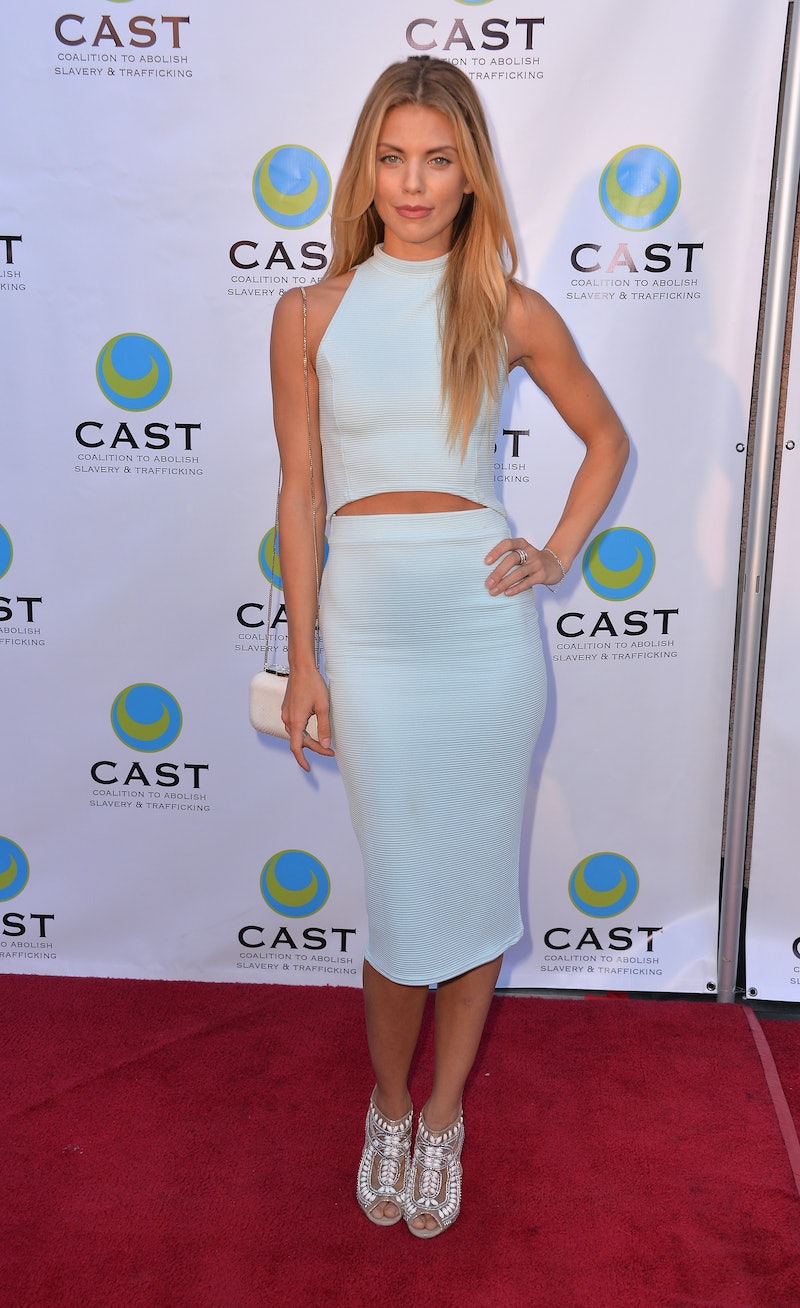 If the Christmas season passed by without 12 new Hallmark Channel TV movies, was it ever really Christmas at all? Well, sure, but something just wouldn't feel right. First of all, there wouldn't be nearly enough career women discovering new sides of themselves as they're forced to face the fact that they're perfect lives aren't as perfect as they seemed... and all at Christmastime! For example, Sunday's original Hallmark offering, The Christmas Parade , finds Annalynne McCord playing Hailee Anderson, a famous talk show host whose fiancé publicly humiliates her right before Christmas. She disappears to a small town, and helps save their town's art center through — you guessed it — a Christmas parade.

Surely she'll learn a lot about love, and even more about herself, which will probably be a nice change of pace for McCord who often plays characters who are a little bonkers, though she herself seems like an incredibly thoughtful person, dedicating herself to philanthropy all throughout the year. I watched Nip/Tuck sparingly when it was on the air because, even though my parents didn't know what it was, I felt certain that I wasn't allowed to watch it (I was not); but McCord is the only character that still stands out fresh in my mind because I didn't know an 18-year-old girl could be so disturbing. I didn't go on to watch her regularly in the series she'd continue to play slightly villainous roles in, but when I've caught an episode here and there, it's clear that her snark, smirk, and sass were just as snarky, smirky, and sassy over the hills of Hollywood and plains of Texas.

When McCord first appeared on Nip/Tuck in 2007, I remember thinking she, like that entire show, was beautiful and terrifying. She always looks like she's up to something, and that something is probably some sexy version of murder. McCord played Eden Lord who, even by standards established by Season 5 when she came along, was nothing short of a sociopathic terror. Shortly before teaching her about oral sex and getting her kicked out of school, Eden convinced Sean's (Dylan Walsh) daughter that she was overweight and needed liposuction. I kid you not when I say that her storyline involved aggressively seducing one doctor, blackmailing the next, poisoning Sean's wife, shooting Sean's wife, and going into pornography.

McCord shocked the system as a recurring guest over at Nip/Tuck, but scored her first starring role in 2008 on 90210 as shallow but sensitive Naomi Clark. She's sort of the "Kelly Taylor" role for the next generation, more vixen than villain. 90210 didn't knock any critics' socks off, but McCord got a chance to show off her comedic chops, and add a few layers to a character who could have just been hook-ups and take-downs.

Following 90210, McCord took the chance to break totally out of type in the horror film, Excision, a performance for which she got all kinds of recognition from the horror community. In it, she plays a disturbed high school student with a few strange obsessions, and a more common desire to please her mother. Unless you are a serious horror fan, you probably didn't see Excision. But if you are, and you haven't seen it, and you're cool with, like, buckets of blood, go see it. McCord's performance in Excision was particularly praised by horror fans, with some even calling for an Oscar.

McCord has yet to transition her strong Excision performance to other genres beyond horror on the big screen, but she always has a home on television: reboots. After dipping her toes into horror (and a lot of fake blood), McCord headed back to TV to wreak a little havoc on the Dallas reboot. On Dallas, McCord continues to reshape her image, playing a much more rough n' tough, down to earth character, Heather, a ranch hand trying to succeed in a male-dominated field. She may play the rich, spoiled brat perfectly, but her last few projects show that range extends far beyond that.

McCord told the Huffington Post that her main inspiration to star in The Christmas Parade was to give her mom what she'd always wanted from her actress daughter: to star in a Hallmark movie. But I bet it was also nice to spend some extra time around all the Christmas spirit, especially considering McCord also told the Huffington Post that she has spent the last six Christmases in Cambodia, spending time with survivors of human trafficking. AnnaLynne McCord and Eden Lord are definitely not one in the same.