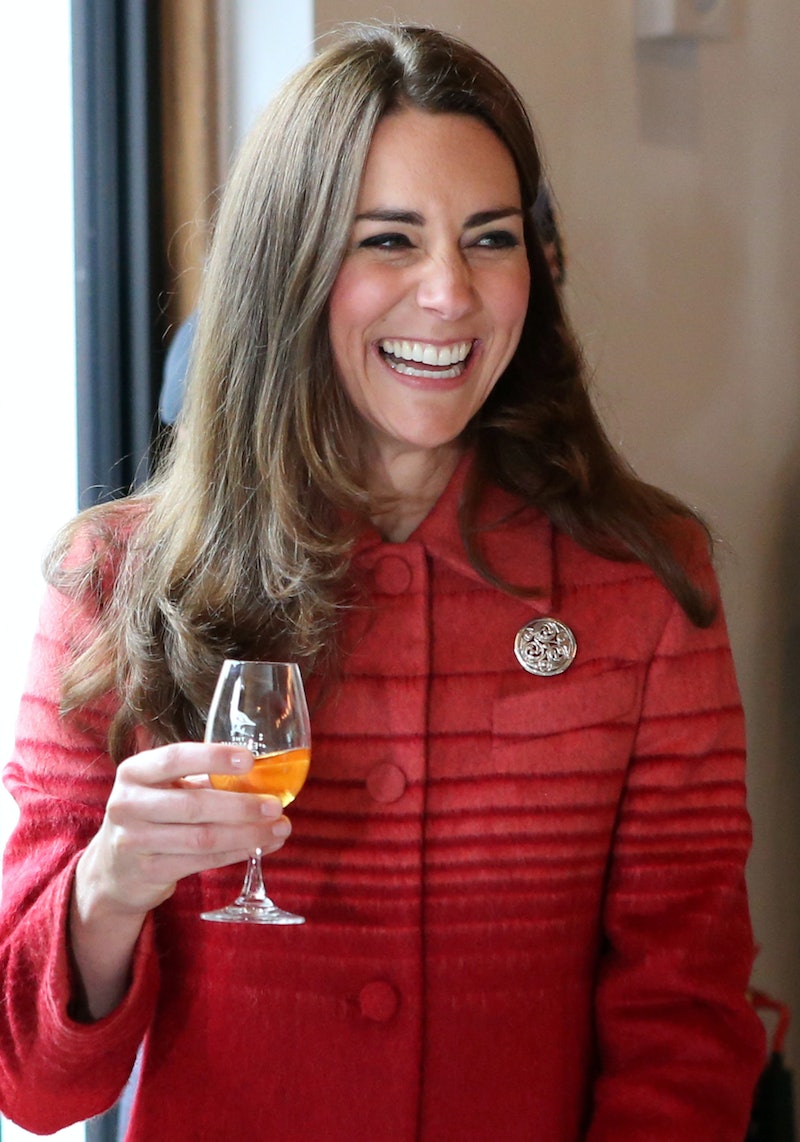 Kate Middleton and I have a lot of things in common: We share the same nickname, we're both the oldest of three children, we were born on the same day (albeit nine years apart), we're both married to Prince William, and most importantly, we both love us some authentic, New York pizza. Now, I know this only because Us Weekly alerted the general public of Kate Middleton's pizza "craving." Apparently, not only did she grab a slice while she was in New York, she had a whole shindig in her hotel room dedicated to the stuff. As Us reports, she ordered "three very specific pizzas" including "a spicy sausage pizza (with no mushroom) and a prosciutto "di Fabio" pizza (with no sliced tomatoes)."

I know. It was rude of her to not invite us. But with the time constraints put upon her and the thorough security check that would undoubtedly be exacted, perhaps it was for the best.

But that doesn't mean we can't dream, though, does it? Because I'm fairly certain a pizza party with the Duchess of Cambridge herself would be hella fun. I'm picturing a 13 Going on 30 "Love Is a Battlefield" lip-syncing scene and a Princess Diaries 2 mattress-surfing sleepover hybrid of sorts — mainly because I was brought up on the notion that all princesses should be part Jennifer Garner and part Anne Hathaway. Okay, so maybe the pizza party wouldn't be quite so wild, but here is how I think it'd go:

To have a windblown hair contest to make Tyra proud.

Seriously, how many times does she have to say that Christmas is with HER family this year?!

It's cool, she's pregnant. Food is exciting. I'm not pregnant and still think food is that exciting.

Eating the pizza *gasp* with her hands because THIS IS AMERICA

...with her pinky up, of course. She's not uncivilized.

That's what love is about, isn't it?

Yes, obviously. It would be wasteful and peasant-like not to.

A ceremonial dance to commemorate the true beauty of New York: the food

But mostly the pizza.