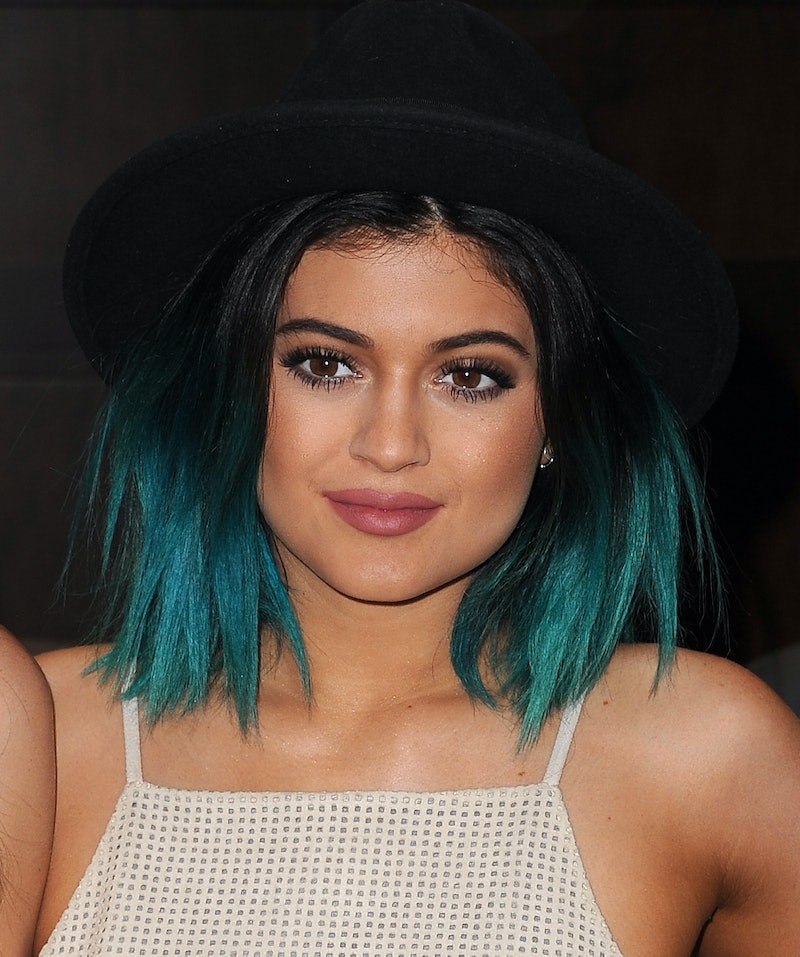 Endless, unfounded pregnancy rumors are unfortunately the proverbial gnats that female celebrities have to swat away every six months or so. It's become a ridiculous fact of life for them, just ask poor Jennifer Aniston, the patron saint of pregnancy rumors. But to accuse Kylie Jenner, a 17-year-old, of being pregnant simply because she was seen coming out of a gynecologist's office, is not only ludicrous but invasive. Not that it's completely out of the realm of possibility for someone her age to be pregnant — hello biology and the umpteenth season of Teen Mom — but if she, in fact, were, the last thing she'd need would be for random strange men snapping her picture and alerting the world. Also, fun fact to all of the uninformed people out there: women go to the gynecologist even when they aren't pregnant! You know, for silly health reasons. In all seriousness though, it's time to stop with the rumors about Kylie Jenner. Leave her alone!

In the midst of the pregnancy rumors being spun about her, the littlest Jenner was also accused of wanting to get hitched with her supposed boyfriend and imagined father of her pretend fetus, Tyga. Now, while Tyga is 25 and Kylie is only 17, the blame and/or backlash over that relationship should fall on the adult, not the minor. It's slightly infuriating that the legal child is the one being subjected to the hate and the speculation. And really, does it seem like the girl has nuptials on the brain? I think it's time we take rumors for what they are: pure speculation.

Despite being so young, Kylie has proven that she's at least mature enough to hold her own against the naysayers. She's laid the marriage and pregnancy rumors to rest along with one particularly fun and harmless rumor that alleged she was going to become a rapper. She tweeted point blank, "in not trying to become a rapper, I'm not getting married, & I'm not pregnant...."

Though I can't hear her speaking it, I can hear the sass in my soul and I vehemently approve. Hey, in the scheme of things, the rapping rumor was at least a welcome change. And, let us not forget the last time she impeccably told her haters to shove it for ruminating about her lips and accusing her of getting plastic surgery:

Moral of the story: gossip about Kylie and be subjected to her unending sass, h8rz.

More like this
Kylie Jenner Gave A Surprise Postpartum Update On TikTok In The Most Meta Way
By Grace Wehniainen
Kylie Jenner Roasts Kendall For Her Cucumber Cutting Skills On TikTok
By Jake Viswanath
Stormi Just Walked A Red Carpet With Mommy Kylie Jenner & Daddy Travis Scott
By Hugh McIntyre
Taylor Swift, Kerry Washington & More Speak Out On Uvalde Mass Shooting
By Jake Viswanath
Get Even More From Bustle — Sign Up For The Newsletter