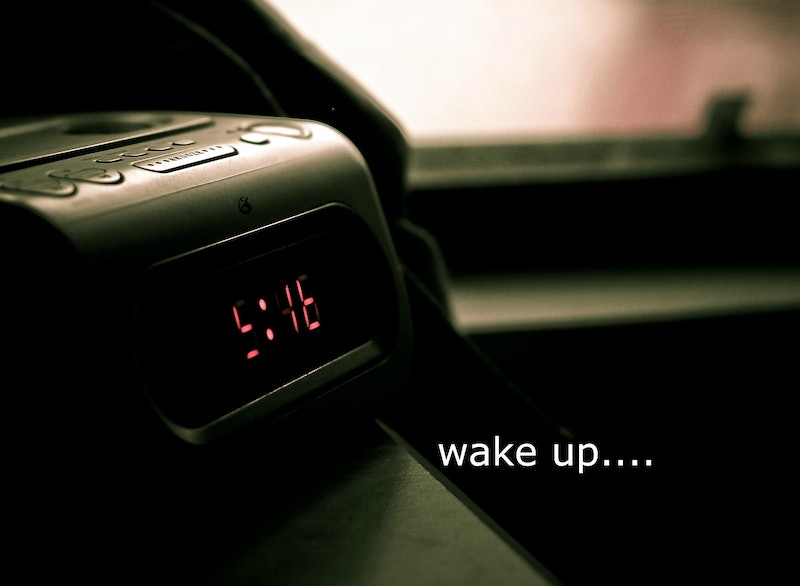 Not a morning person? Well, if these tips for turning yourself into one aren’t helping, have a few more. Reddit, it turns out, is full to bursting with bright ideas about how to make mornings less terrible. Not only that, but most of them actually sound like they’re worth giving a shot.

Redditor youngersinatra posted the thread, titled “What are some ways to make mornings less dreadful?”, to AskReddit in the wee hours of the morning last night — and since then, suggestions have flown fast and furious. Admittedly some of them are probably more practical than others; I’m not sure, for example, how good of an idea it is to consume a wide variety of alcoholic beverages before heading into work. But by and large, the thread is full of pretty solid tips that will at least give you something to look forward to when you wake up, even if they don’t totally negate the sting of an evil, early morning. Even if you scoff at the idea of setting your clothes out the night before or yelling at an inanimate object or two, don’t knock it til you’ve tried it. Right?

Fire up the coffee maker, because we’ve got some work to do.

THIS. Seriously, you guys. I know it sounds silly to a lot of people, but I cannot stress how much easier taking care of all this stuff the night before makes your morning routine. That way, you can pretty much run on autopilot until you get to work and actually have to start, y’know, using your brain.

There’s also the strong possibility that your cat will wake you up at 3 AM because for playtime, though, so, y’know… adopter beware and all. (But it’s true: Sometimes, waking up next to a fluffy, purring creature is the best).

As the first commenter after this response put it:

As long as showing up to work with alcohol in your system isn’t a problem, that is.

5. Resist the Temptation of the Snooze Button

It confuses your body like whoa. You’re better off just getting out of bed when your alarm goes off the first time.

I would argue that leaving an appliance like a Foreman Grill plugged in and switched on when you’re sleeping is probably a recipe for disaster (hi there, fire hazard!)… but I can get on board with the bacon part.

The key is not only picking something you like to hear, but also changing it up every so often. That way you don’t automatically grow to associate a sound you once loved with a thing you now hate (e.g. waking up).

I used to do this when I was in high school. Putting on an episode of your favorite TV show (half-hour programs probably work best) or a podcast you like will also get the job done.

10. Make Yourself Some Breakfast

People who don’t eat breakfast: How on earth do you do it? Breakfast is one of my favorite parts of the day. I can’t imagine skipping it.

11. Set Aside Some “You” Time in the Morning

I know, I know — waking up even earlier than you have to sounds awful at first. But if you build a little extra time in your schedule for doing something you enjoy, then you’ll have something to look forward to when you get out of bed. Useful, no?