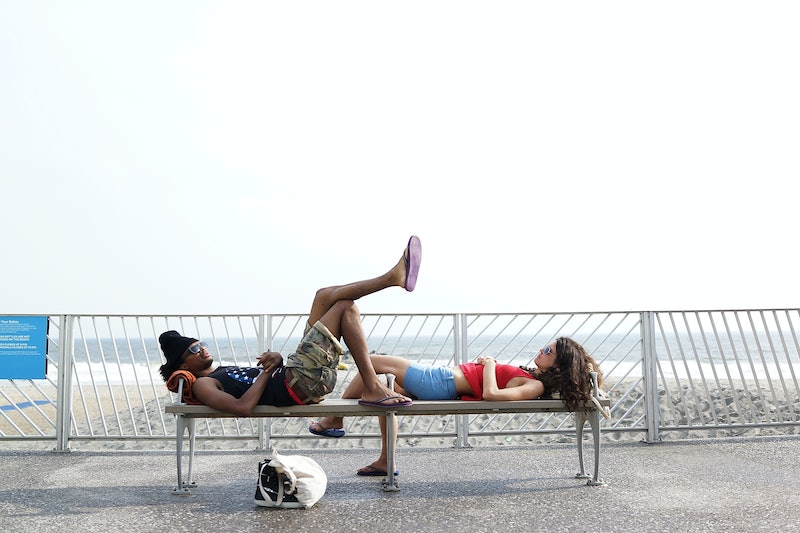 Weird, right? In America, few places even allow beach-goers to go topless (do they not realize they're causing a national tan-line crisis?). Meanwhile, Swedes are allowed to go jacking-off on jellyfish and sand dollars all willy-nilly.

I'm not quite sure why you would want to do this — call me old fashioned, but I prefer to take care of that sort of thing in my own bedroom. And I think I'd also prefer not to see others getting themselves off while I'm just trying to eat a PB&J and read a bad paperback.

More like this
The Families Of Grenfell Tower Are Still Waiting For Justice, Five Years On
By Bustle UK
How To Fight For Reproductive Rights, Based On How Much Time You Have
By Courtney Young
34 Quotes That'll Inspire You On Juneteenth & Beyond
By Syeda Khaula Saad and Siena Gagliano
13 Ideas To Add To Your Sex Bucket List
By Kristin Magaldi
Get Even More From Bustle — Sign Up For The Newsletter