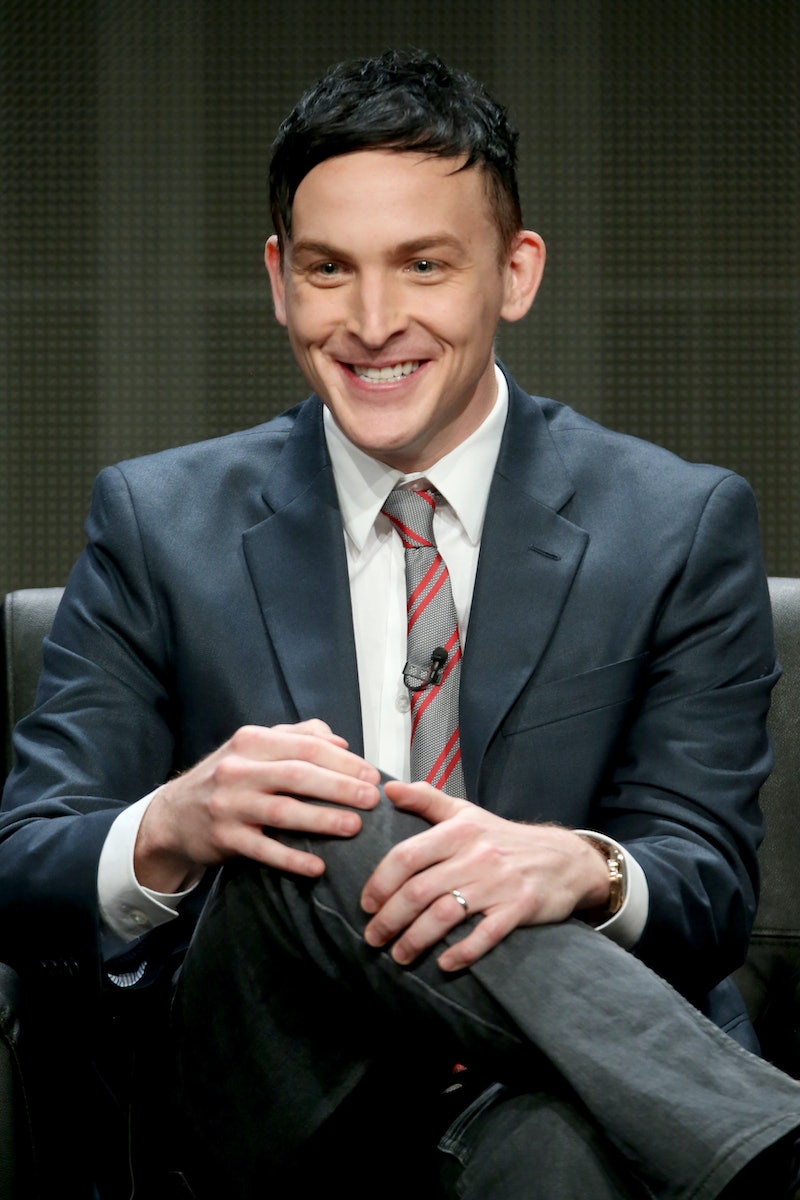 When freshman series Gotham took a few liberties with the appearance of the Penguin, fans were initially outraged, and even refused to believe that Robin Lord Taylor was really playing Oswald Cobblepot. Even though the character is normally short and fat, they cast a tall, reedy actor who doesn't have the exaggerated facial features of the birdlike Penguin. But even though Robin Lord Taylor doesn't look like the Penguin in real life, he has managed to make his interpretation of Cobblepot the standout element of the show's first season — and the biggest indication of what the show will become as it slowly incorporates more and more villains.

But the show relies on more than just Taylor to create the image of Oswald Cobblepot. It's a combination of makeup, subtle prosthetics, and performance. And Taylor hasn't been shy about sharing exactly where that line is in interviews, where he's frequently laughed about his extreme appearance. As the one actor whose appearance is radically different onscreen (give or take Jada Pinkett Smith's wig), he's the one who could pass for a live-action comic book character. But that's not to take away from his performance at all, because it takes a strong actor to perform through all these changes.

While Taylor has a narrow, angular face, they need him to look more birdlike to convincingly play Gotham's Penguin. So they added a fake nose, and paint his teeth a sickly yellow. And yet the character still has Tumblr fangirls.

Obviously Cobblepot has a pronounced limp, but Taylor is able to convincingly fake it. This is what makes passerby associate Cobblepot with a penguin — Gothamites aren't very accepting of people with disabilities… maybe that's why seemingly every minor criminal becomes a super villain.

He's Pale… But The Makeup Artists Accentuate It

Oswald Cobblepot looks like he's always on the verge of catching a cold. His eyes are beady and watery, his nose is red, and his skin is pale as a sheet of paper. While Taylor doesn't exactly have a deep tan, the Gotham makeup artists give him the deathly pallor that gives him the Antarctic glow of a penguin.

And He's Not Even a Natural Brunette

Even with all of the changes that the Gotham crew have made to Cobblepot's appearance, you can't have the Penguin without a black-and-white motif. So Taylor has dyed his hair black for the show, but he's actually a natural blonde. Of course, it was a quick fix, but that's just one of several small changes that made the difference between Robin Lord Taylor and his onscreen portrayal of Oswald Cobblepot.