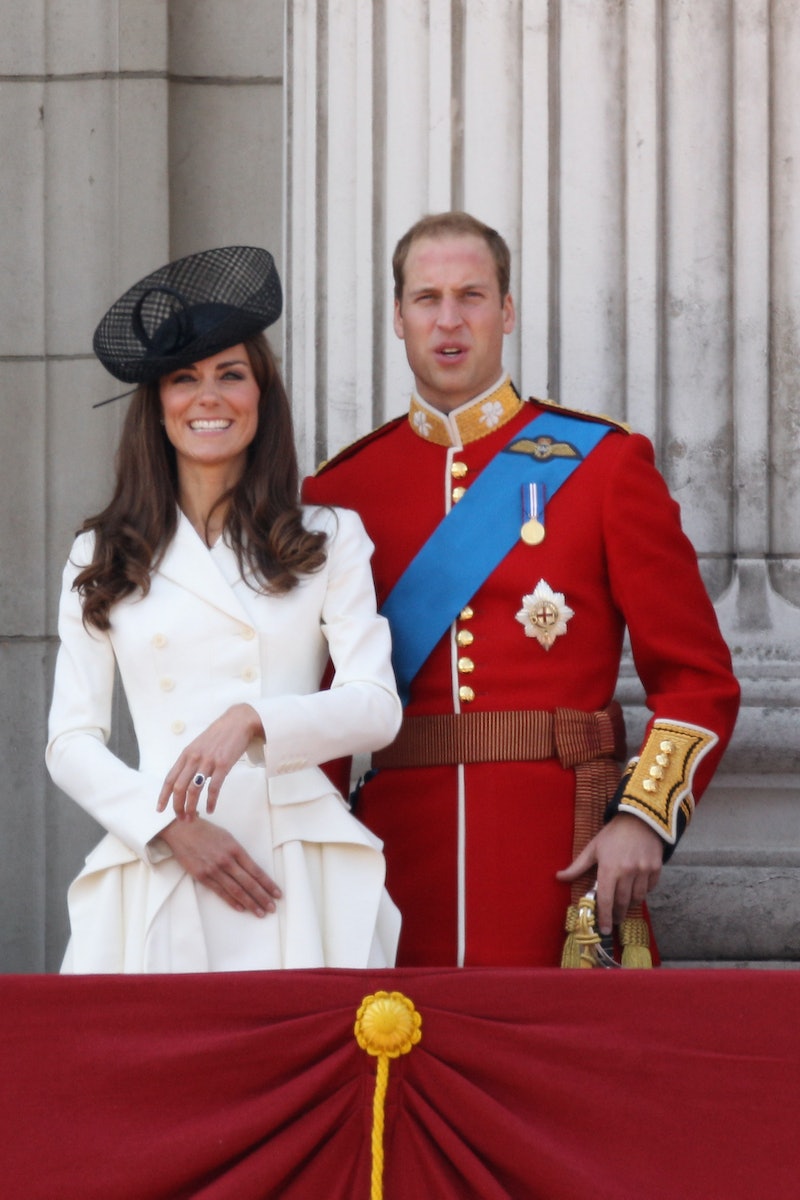 Fresh off of their visit to the Big Apple and Washington D.C., Prince William and Kate Middleton are most likely enjoying some much-needed me time with their adorable Prince George. Sure, meeting Beyoncé and Jay Z and sitting court side at a Brooklyn Nets game is memorable. And wrapping Christmas gifts for kids just warms your heart. But all of that is probably unmatched when it comes to their darling prince. To spread holiday cheer, the Duke and Duchess have released photos of Prince George, who is as gifted at changing poses as Coca Rocha.

The couple released three photos that their 16-month-old son took in November in a courtyard at London's Kensington Palace. With a side-swept hair cut, a darling sweatervest embroidered with guardsmen, shorts, knee-high socks and navy buckled shoes, Prince George is stealing hearts with his side eye and cheerful smile. According to People, this is the first time images have been sanctioned and released of the prince since his first birthday in July.

Although a gift to the entire world, sources close to Prince William and Kate Middleton say that the release of the images is a "thank you" to the media for "their request for Prince George to grow up without intrusion from photography, [that] has been, and continues to be, honored."

Although his chunky rosy cheeks and handsome smirk makes us want to see him far more than we do, it is nice to know that his parents keep a tight lock on keeping his cuteness all to themselves. Nevertheless, in a world over-saturated with Blues and Noris, it was nice to see a new face added to the celebrity baby clan, if only for a moment.