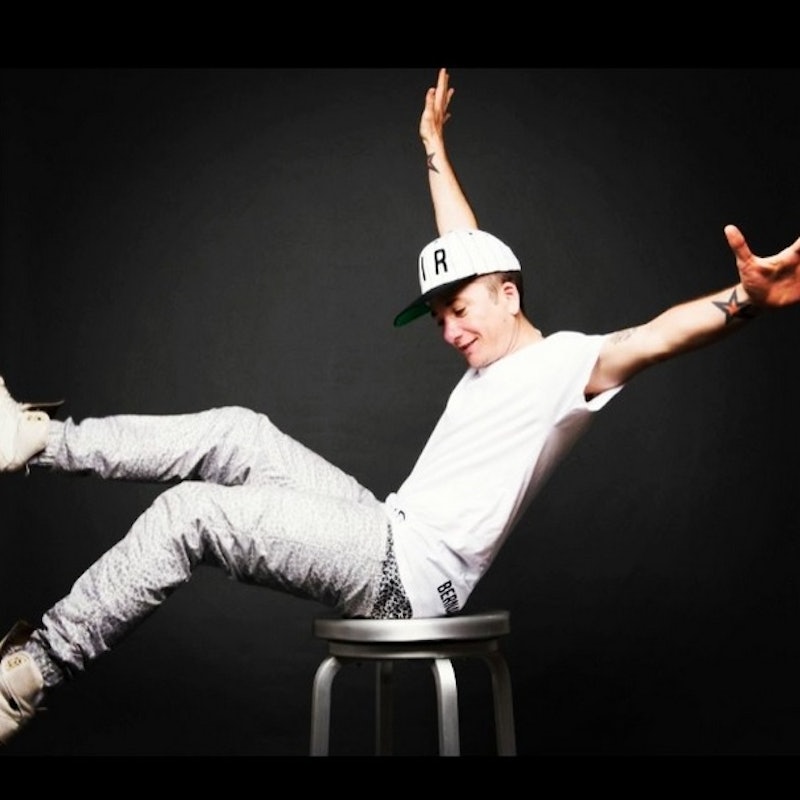 His designs have been featured in Vogue Italia and GQ and his line Sir New York has been worn by the likes of Usher and French Montana — so far. If the acclaim and attention continue at the pace they've been pouring in, I'm sure we're only going to see more of Auston Björkman's futuristic, androgynous designs (which Complex Magazine has deemed "athletic goth") in 2015. His latest fashion show was called "Unconventional Masculinity," which nicely summarizes not only his clothing but his design theory and his delight at playing with notions of gender in fashion.Sir New York seemingly utilizes "all black everything" as a credo and uses the monochrome palette to play with oversized proportions and typically athletic materials and silhouettes like mesh and jogging pants. The designs are technically classified as menswear, but Björkman had everyone in mind when designing them. He told Huffington Post, "I never wanted Sir New York to be for any specific type of person. If anything my thinking was way too broad. I wanted all genders — everyone wears menswear."Despite being the first openly male transgender designer to emerge on the high-end fashion scene, Björkman tells Huff Post that he doesn't think he stands out, and wants to rightly keep the focus on his clothes, "[...]That is my nature. I would rather let my work speak for me. I tend to talk about my work and not me, the person. So the positive reception I have gotten from both street wear and high-end fashion has been very much in response to the clothing, the brand and the aesthetic." With the designer's eye-catchingly playful yet high-end pieces, the focus on the clothing is sure to prevail. But the knowledge that another voice — another talent — within the LGBTQIA community is being recognized is, nonetheless, a powerful thing.