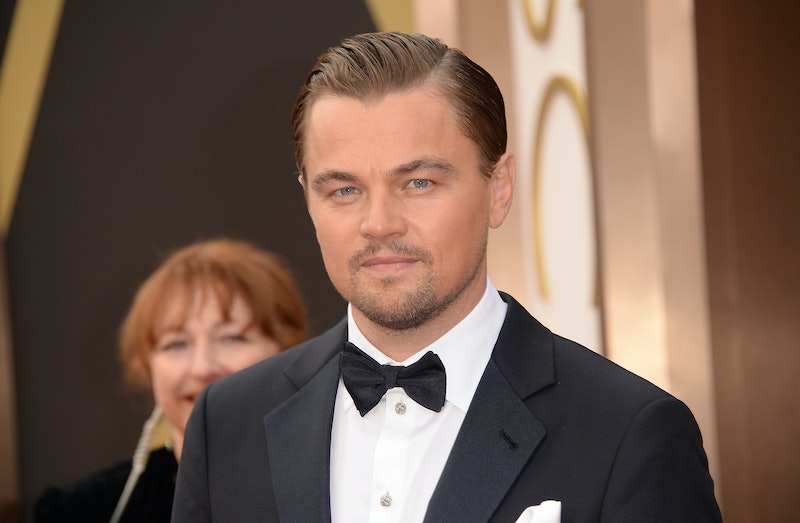 Looks like there's more evidence that Sony Pictures is run by a bunch of mean girls. On Saturday, more leaked emails revealed that co-chairman Amy Pascal and the producer of the ever-delayed Steve Jobs biopic Jobs, Mark Gordon, called the Wolf of Wall Street star's behavior "horrible" and "despicable" after he turned down the title role as the late Apple genius. Damn, them's fighting words.

The exchange is quite the departure from the saccharine note that agent Robert Newman sent to DiCaprio, imploring him to reconsider coming to the movie. But even that exchange was a little bit of a complisult; Newman preyed on poor Leo's vulnerability about never winning an Academy Award: "Just as you must surely feel great pride in helping bring Marty his Oscar on 'the departed', everyone involved in this production desperately wants to help bring you the Academy award you so richly deserve." Who is teaching Sony to be so catty and passive aggressive?

The real question is: does Leo even care what the hell Sony thinks of him? Obviously he must have known before the rest of us that working with them on Jobs would be highly unpleasant, especially since the higher-ups literally called him despicable. No need to assassinate his character just because he doesn't want to put on a black turtleneck and some New Balance sneakers.

But it's okay, Leo's been having a ball. Legend has it that he left an Art Basel after-party with not one, not two but 20 supermodels. Anyone must pay their respects to him for that baller move. He probably won't respond to the leaked email that trash-talked him, because he seems to know how to handle a hater.