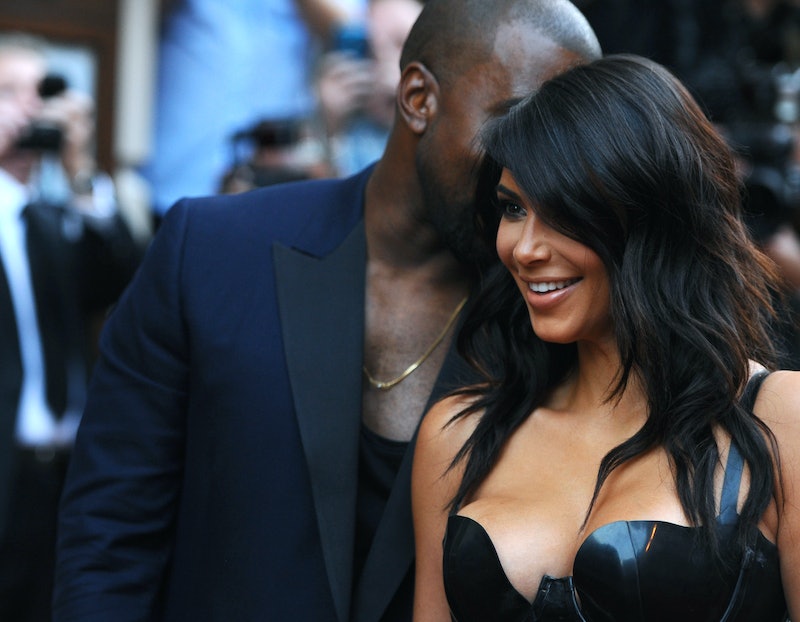 Sunday was an eventful day in the wonderful world of the Kardashians. Kourtney Kardashian and Scott Disick's third baby, a boy, was born on December 14. Coincidentally, little brother Disick decided to debut on his older brother Mason's fifth birthday —it's unclear whether or not Mason's happy about that, but I'm fairly certain the entire brood is swooning, right down to Aunt Kim and Uncle Kanye. Hollywood Life has reported that a source has revealed to them that Kourtney and Scott "strongly" considered naming the baby Jeffrey Robert, but whether or not they went through with it remains to be seen. Perhaps if they were having trouble deciding on a definite name (after all, it’s a big, lifelong decision) perhaps Kimye could help name the new Disick baby.

Kourt and Scott have gone pretty traditional with their first two kids. Mason and Penelope are sweet names that certainly don’t register in the “out there” celebrity baby name category. But who knows, this could very well be their last baby. Maybe Kimye’s original naming guidance is just what they’re looking for to go out of their baby-making stage with a real bang. Here are some likely suggestions the proud and helpful aunt and uncle might choose for their brand new nephew, to make sure his name stands out from the crowd:

Well, it certainly can't be Kimye. That'd be ridiculous.

Affectionately referred to as "that other male child we had on December 14." You know, for short.

UP and/or DOWN DISICK

They'll leave the other twodirections to future West children. I'm gonna go with Down.... Because, alliteration.

After his father. Not to be confused with Lorde.

Because what's more important than his relation to Yeezus himself?

One of Kim's favorite things.