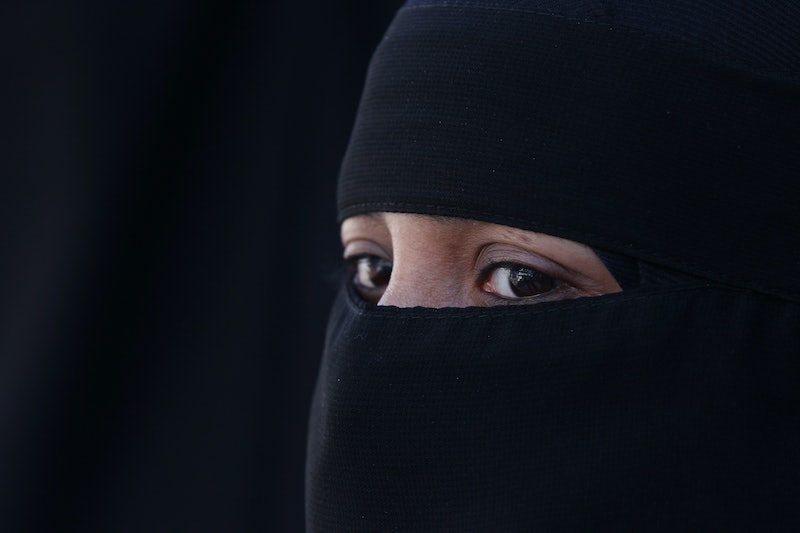 Man Haron Monis, the gunman who took over the Lindt chocolate café in downtown Sydney on Monday, is Muslim; Monis brought a flag to the café that read, “There is only one God, Allah, and the prophet Muhammad is his messenger.” Immediately, residents of Australia's most populous city were concerned that Muslims would now be targeted or harassed. Sydney-based writer Tessa Kum told The Guardian she saw a tweet describing how a Muslim woman took off her hijab while riding public transportation, worried about how she would be received. That's when Kum created the #illridewithyou hashtag as a way for Muslims to know that other Sydney residents support them.

Kum's hashtag is as simple as it sounds: Tweet your transportation route with #illridewithyou to let Muslim residents know they have not only support, but also physical company if residents feel unsafe. The hashtag soon gained popularity on Twitter, with thousands of Sydney residents tweeting their solidarity and offering their company on various public transportation routes.

In a tweet released late on Monday, Sydney time, Kum said that for her, #illridewithyou "is literal. I'll sit next to you." Kum added to BBC World:

I saw one tweet that was just a very small act of kindness to a frightened Muslim women on public transport and it pretty much broke my heart. And it just seemed like something that there should be more of in the world. I can't say that I planned this at all. It has been amazing to watch this take off.

Rachel Jacobs, who tweeted that original act of kindness, publicly thanked Kum and everyone showing their solidarity for Australia's Muslim community on Monday night, Sydney time:

According to BBC World, #illridewithyou accumulated more than 40,000 tweets in just two hours. The hashtag is still going strong, garnering hundreds of thousands of tweets. Residents in not only Sydney, but also in the Australian cities of Melbourne, Brisbane, and Perth are now offering to travel with those who wear religious garments and feel unsafe, given the unfolding hostage situation.

An I'll Ride With You Twitter account—not associated with Kum—has even sprouted up, acting as a sort of tweet database for Australians offering their company on public transportation or rides on the way to work.

Others are using the hashtag to tweet against Islamophobia and racism, and send their support to Sydney from across the globe.