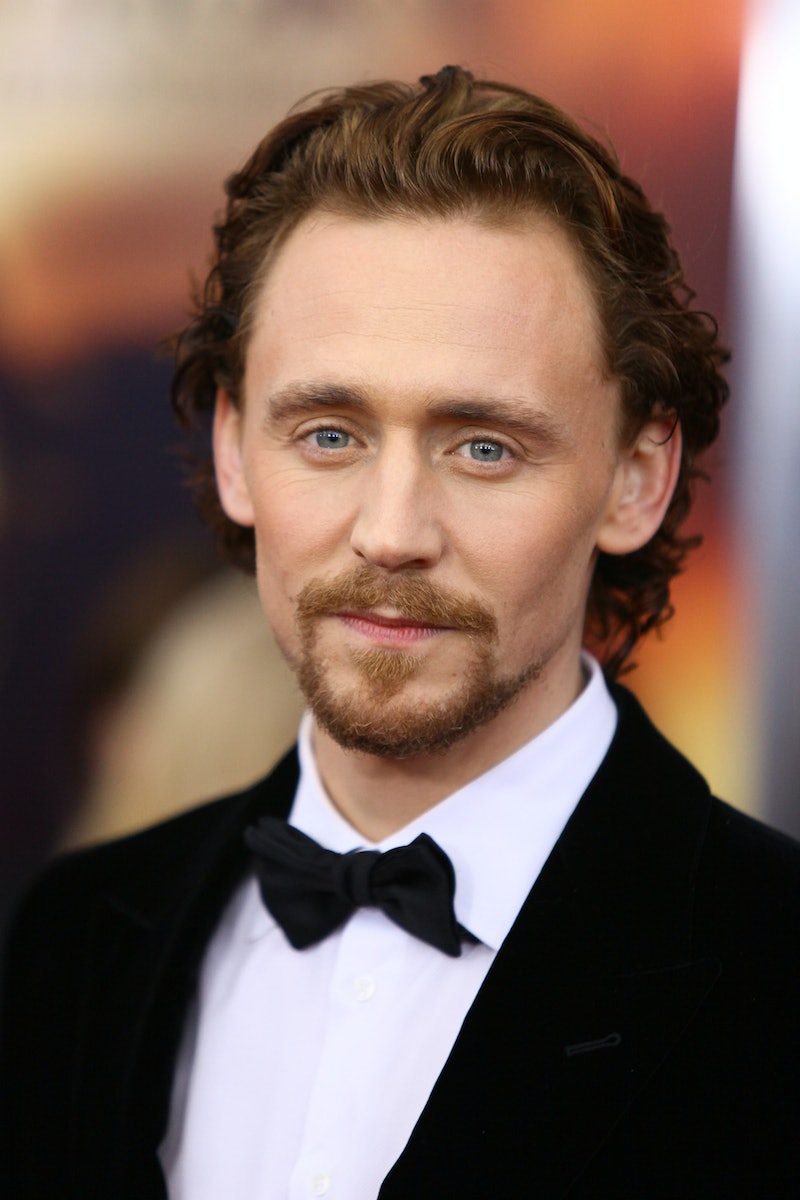 There's nothing better than when actors take selfies while on set so we can see them in their costumes. Thanks to I Saw the Light co-stars Josh Pais and Elliott Grey, we get to see Tom Hiddleston in his full on Hank Williams attire, 1950s suit and all. But Hiddleston is no stranger to transforming for his roles. He even once said, "I'm actually a terrible actor, I just dye my hair a lot."

While the terrible actor part couldn't be further from the truth, he does dye his hair a lot. He'll be dark-haired for Loki and then switch to red for The Hollow Crown and then go back to his natural blond for Coriolanus. He basically looks different in every film he's in, and I think that's kind of cool — he's never playing the same sort of role.

Even when he's portraying Loki repeatedly in Marvel sequels, Hiddleston brings a new look to the table each time. As an actor I think it's imperative that you be able to completely transform for your role so you don't end up like, say, Nicholas Cage, just playing yourself in every movie.

Thankfully that's not Hiddleston's lot in life, and so here are 10 times he totally transformed for a role.

Hank Williams, I Saw the Light

Trying to capture the persona of an actual person has to be difficult, but Hiddleston has completely embraced his character's wardrobe from the suit to the cowboy hat, and he's totally pulling it off.

For the usually blond, curly-haired Hiddleston, this black hairdo was a big change.

Only Hiddleston could take the same character and transform him from movie to movie. The long Loki wig perfectly symbolized his character's break from reality and journey to the dark side.

Loki is no longer the well-dressed God we saw in Avengers, Now he's a broken version of himself from his tattered attire to his unkempt hair.

I have a sneaking suspicion Hiddleston took the Thor 2 Loki wig over to this film to play vampire Adam. (Just kidding!) Even though he does have a similar hairstyle, he embraced his new character's laid back rocker style and totally sold the role.

From his (spot on) American accent to his pin-curled '20s hairstyle, Hiddleston was Fitzgerald.

The Great Escapo, Muppets Most Wanted

That mustache gets me every time.

His transformation from Prince Hal in Henry IV to a king in Henry V was spectacular. Over the course of a couple of months thanks to Hiddles' facial hair he aged his character out of adolescence...

and into adulthood for the BBC film.

He looks like a dapper version of Severus Snape in this gothic film. If they ever remake Harry Potter I demand that Hiddles be given that role.

What are you talking about? That's totally not Hiddleston. That's Steve. You can tell because he has a mustache named Wendy.