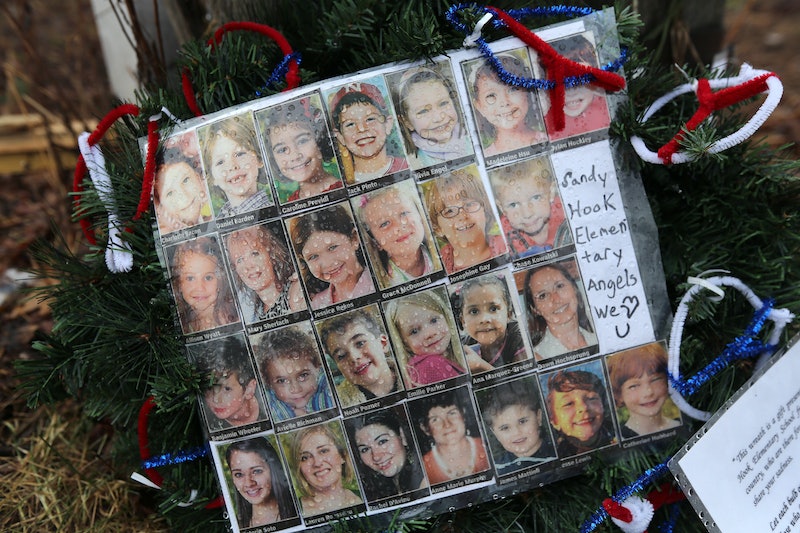 Two years after 20-year-old Adam Lanza staged the deadliest school shooting in U.S. history, nine families of Sandy Hook victims are suing gun makers, alleging that the gun Lanza used should have been considered a military assault weapon. The wrongful death lawsuit, filed in Bridgeport Superior Court, challenges several companies who manufacture, distribute and sell the Bushmaster AR-15 rifle, the gun Lanza used during his rampage on December 14, 2012. The families believe the gun should not be on the market and available to civilians.

The lawsuit begins with the tragic details of the Sandy Hook massacre — it took only a matter of minutes to kill nearly 30 people:

In less than five minutes, 20 first-grade children and 6 adults were killed. Two others were wounded. The number of lives lost in those 264 seconds was made possible by the shooter's weapon of choice: a Bushmaster AR-15 rifle.

The families represented in the lawsuit believe that the Bushmaster AR-15, while being "very good at its job" in the military, has no purpose for civilian use. "Defendants know that...individuals unfit to operate these weapons gain access to them," the lawsuit alleges.

The 40-page lawsuit goes into extensive detail of the Bushmaster AR-15, arguing that it's rarely used for, or is not "necessary for," civilian self-defense. When entrusted in the hands and homes of civilians, the weapon is "dangerous when used in that capacity," the lawsuit alleges.

And in a harrowing section titled, "The Road to Sandy Hook," the lawsuit states:

The most chilling legacy of the entrustment of 153 to the general population may be that Americans are no longer shocked when combat weapons are used to kill people as they work, shop, commute, attend school, and otherwise go about their lives. We may be horrified, saddened, even sickened, but we can no longer be shocked.

Bill Sherlach, whose wife, Mary, was killed in the December 2012 massacre, said on Monday in a statement:

In business, measuring risk prior to producing, marketing, and selling a product or service is standard procedure. For far too long the gun industry has been given legislative safe harbor from this standard business practice. These companies assume no responsibility for marketing and selling a product to the general population who are not trained to use it nor even understand the power of it.

On the second anniversary of the Sandy Hook massacre, no public memorials or events were held. Instead, towns across Connecticut held private reflections and remembrances of the haunting event that altered the gun-control rights debate in America like no other. However, as Reuters reported on Sunday, school shootings continue to happen at a high rate—leading some activists to believe that not enough has been done to curb deadly shootings. According to Everytown for Gun Safety, 95 school shooting cases have occurred since the Sandy Hook massacre.