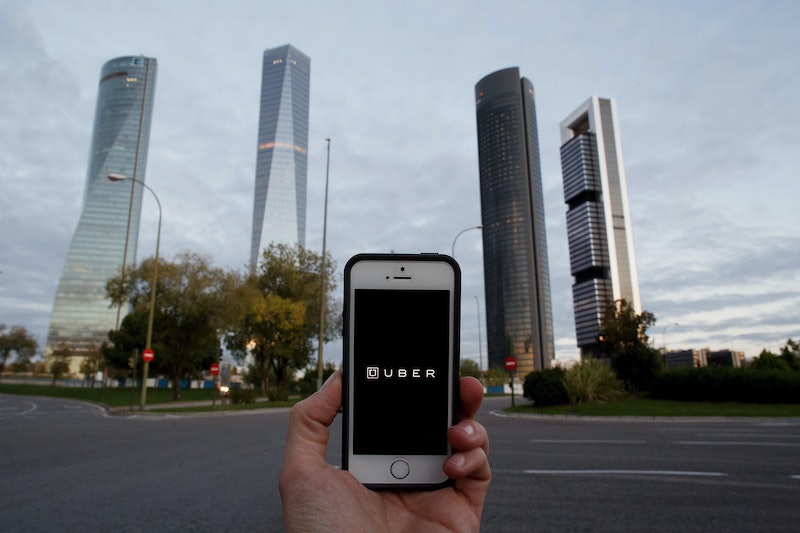 2014 has been a big one for car-ordering service Uber. Unfortunately for Uber, we mean in terms of controversy, not accomplishments. While the company is still expected to rake in a projected $10 billion by the end of 2015, according to Business Insider, Uber's image is now all but synonymous with "shady business." In its most recent setback, France proposed banning UberPop, its low-cost Uber service, after taxi unions went on strike in Paris in protest of aggressive competition and unfair business practices. But France is far from the only country giving Uber the cold shoulder.

On Monday morning, taxis from three unions blocked major highways around Paris by forming slow-moving motorcades, heavily disrupting morning rush-hour traffic. The strike was prompted by a court's refusal on Friday to hear a lawsuit seeking to ban Uber for unfair competition. However, it looks like a ban is happening after all, based on other grounds. France's UberPop ban will be enforced starting January 1 in accordance with new regulations that will require Uber drivers to have professional licenses and insurance, a policy they've been lax with thus far.

Currently, those who use UberPop are not protected in case of an accident. So not only is it illegal to offer the service, but for the consumer, it's a real danger.

Uber doesn't seem to be taking the proposed ban very seriously, saying that it will continue operating in France until a court forces a ban.

As of today the product is live, it's not been banned, and I don't see anything changing on January 1.

It is precisely this kind of aggressive attitude that has made Uber arguably the most hated company in the world. Already banned in a slew of countries, Uber's faced some pretty major controversies and setbacks over the last year. Take a look.

More like this
The 10 Best Waterproof Watches For Swimming
By Lauren Moison
How To Fight For Reproductive Rights, Based On How Much Time You Have
By Courtney Young
The Music Industry Continues To Fail Black Women
By Precious Adesina
Sarah Everard’s Killer Wayne Couzens Is Appealing His Whole-Life Sentence
By Sophie McEvoy
Get Even More From Bustle — Sign Up For The Newsletter