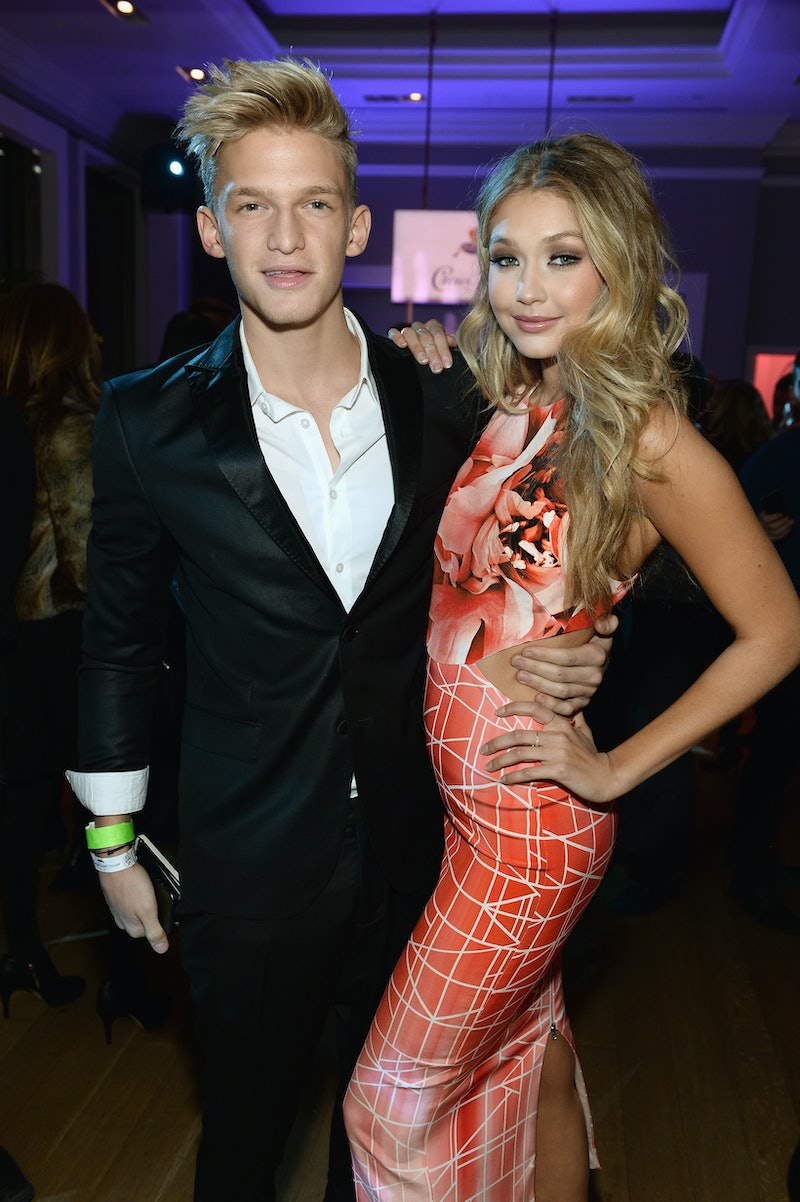 Model Gigi Hadid and singer Cody Simpson are a little difficult to keep up with. Are they broken up? Are they on a break? Are Gigi Hadid and Cody Simpson still dating? It is very tough to tell at times. Nevertheless, it's clear, at the moment, that this on-again, off-again relationship is so on. In fact, Simpson told E! News things are "amazing" with Hadid. He even talked about his ideas for giving her a meaningful Christmas present:

I haven't [gotten a gift] yet. I got time. I know her pretty well, I know what to do... Plus she likes everything I get her, even though she does have a lot. I think what means the most to her... she likes letters and stuff like that and I like to write songs so I'll probably go down that route. I like to give things money cannot buy. I think those are the most precious.

Well isn't that just adorable?! Good for them. It sounds like the couple is in a very nice place right now. However, this was not always the case for the two blondes. Their relationship history is complicated to say the least.

Taking a Break for Their Careers

In May 2014, Hadid and Simpson broke up after a year of dating. In what seems to be a Hollywood tradition, the two blamed their schedules for the break up. An insider also said that Simpson wanted to break up because he "needed to experience" life.

Holding Out for Love

In August 2014, Hadid spoke about the split to Women's Wear Daily : "I love Cody to death and he loves me. And he needed his time to focus on his music and he’s the one who broke up with me. We’re still best friends and I’ll always respect him and support his career." Aaaww.

Trying to Make it Work

In November 2014, the twosome were spotted out to dinner. They held hands which was a pretty strong sign that they were back together.

After the dinner date, Hadid attended the American Music Awards with Cody Simpson on Nov. 23 and told Hollywood Life, "I am back with Cody, he is a great guy. I think the first time we were together, our schedules got in the way, but now we are taking the time to be together and make it work."

Every relationship takes effort to maintain, and this is especially true when it involves a supermodel and a pop singer. It is great that they are making an effort to be with each other, especially during this romantic and sentimental time of year. They are adorable and they should keep the cuteness going!