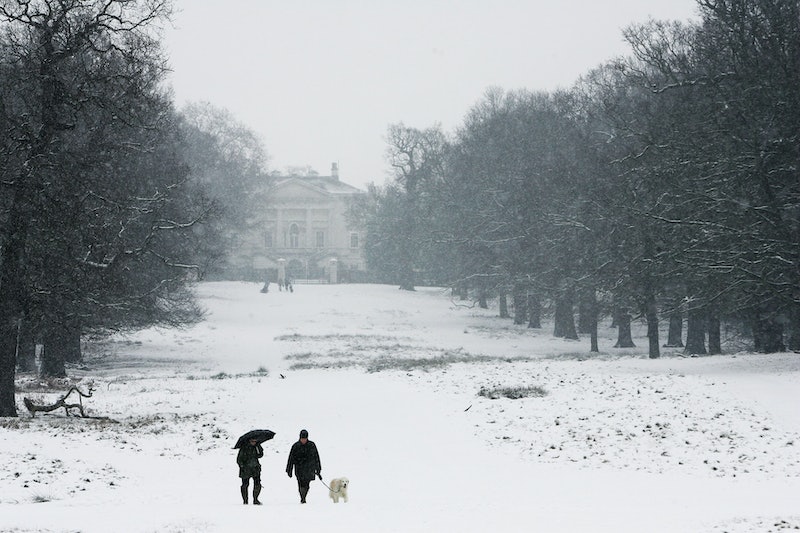 It’s often repeated as common knowledge that no two snowflakes are alike — but have you ever stopped to wonder whether that’s actually the case? As it turns out, yes, it’s likely that all snowflakes are unique… but they’re also all from a set number of different shapes — that is, they’re an essentially infinite number of variations on a few different themes. Neat-o, right?

Snowflake structure itself is rather complicated, but chemistry blog Compound Interest notes that the important thing to pay attention to here is the number of categories by which snow crystals are classified. The number has been growing for years: In the 1930s, there 21 shape-based categories; by the ‘50s, the number had swelled to 42 categories; it was 80 in the 1960s; and in 2013, it was determined that there are a total of 121 categories. A study published this month further divides the classification system into three sub-levels: General, intermediate, and elementary. There are 39 intermediate categories, which fall under eight general categories:

Andy Brunning, who writes the blog, even went ahead and created a nifty graphic showing what each of those categories look like. Check it out:

All snowflakes are based on, and can by classified by, those eight general shapes — even if each individual one is technically unique. Cool, huh?

In It’s Okay to Be Smart’s “The Science of Snowflakes” video, host Joe Hanson elaborates on the whole thing further. According to Hanson, the idea of no two snowflakes being alike probably dates back to 1885 — January 15, to be precise. In Jericho, Vermont, Wilson Bentley caught a snowflake on a piece of black cloth, then used a feather to put it under a microscope attached to a camera. The resulting photograph ended up being the first of roughly 50 years’ worth of snowflake photographs Bentley would take over the course of his lifetime. In a report he wrote in 1925, he commented, “Every crystal was a masterpiece of design and no one design was ever repeated. When a snowflake melted, that design was forever lost.” Voila! The beginning of the belief that all snowflakes are unique.

Although in 1988, researcher Nancy Knight claimed to have found two identical snowflakes, there’s a little bit of a catch. Sure, they could be similar by all outward appearances — but it’s unlikely that they would be 100 percent identical. It starts getting a little out of my depth here, because the reason why involves physics; as I understand Hanson’s explanation, though, it has to do with the fact that not every hydrogen atom (with water molecules consisting of two hydrogens and one oxygen — H2O, remember?) is created equal. So, even if two snowflakes look the same by every possible measure, all of the hydrogen atoms involved in the water molecules that come together to create those snowflakes are unlikely to be identical to a T.

Furthermore, said physicist Jon Nelson to LiveScience in 2007, “How likely is it that two snowflakes are alike? Very likely if we define alike to mean that we would have trouble distinguishing them under a microscope and if we include the crystals that hardly develop beyond the prism stage — that is, the smallest snow crystal.” But, he continued, “Good luck finding them, though. Even if there were only a million crystals and you could compare each possible pair once per second — that is, very fast — then to compare them all would take you about a hundred thousand years.”

Watch the It’s Okay to Be Smart video below, and head on over to Compound Interest to read more about the eight categories in the infographic. Raise your hand if you’re hoping for a white Christmas!

More like this
The 6 Best Air Conditioner Alternatives
By Vanessa Spilios
How To See The Lunar Eclipse On May 15-16, 2022
By Kaitlyn Wylde
How To Decorate Your Home Like A Coastal Grandmother
By Emma Garza
An Honest Review Of The TikTok-Famous WalkingPad
By Kaitlyn Wylde
Get Even More From Bustle — Sign Up For The Newsletter