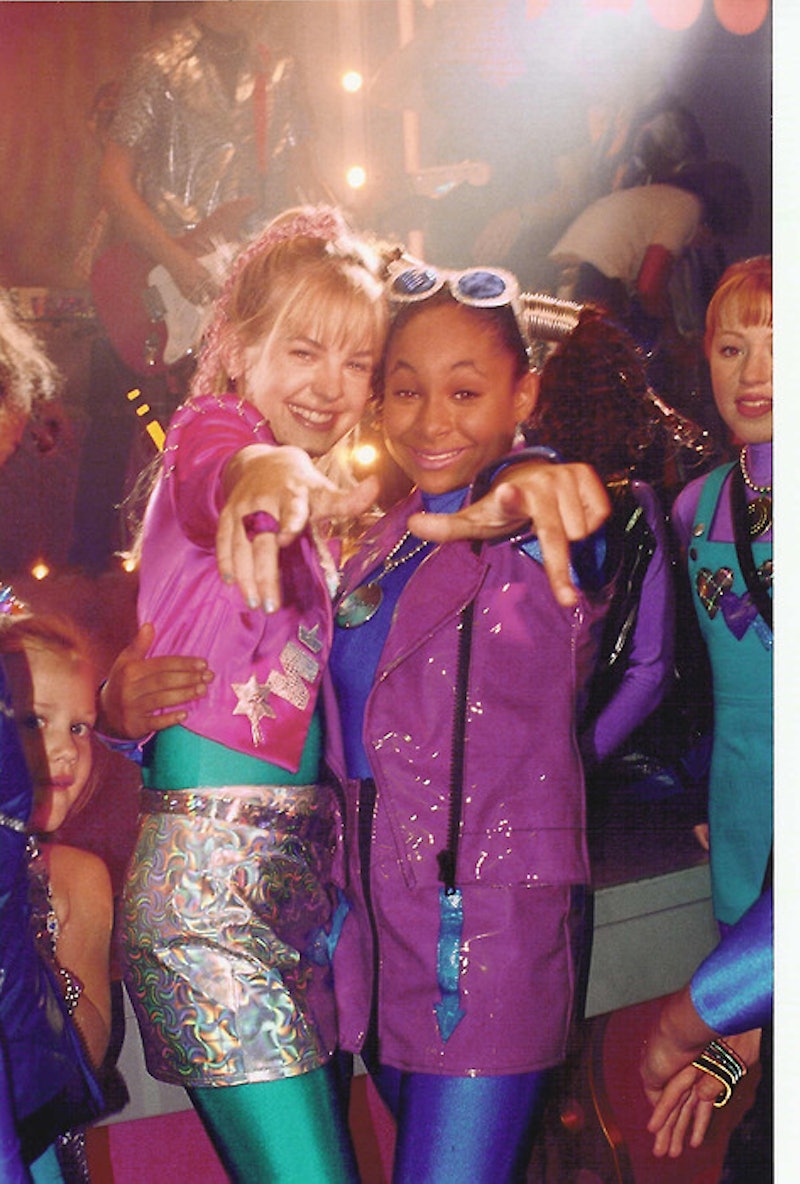 If there's anything that defined my childhood the most, aside from that one Christmas episode of Lizzie McGuire that featured Aaron Carter (you know the one, guys), it was Zenon: Girl of the 21st Century . If you're not already familiar with the cinematic magic that is Zenon, first of all: Shame on you. But a basic run-down of the plot? Try to imagine the end scenes of Interstellar, but translated through the lens of a '90s-raised 10-year-old. Throw in a lot of metallic plasticy-looking fabrics and a decent smattering of scrunchies and there you have it, my friends. Zenon.

Zenon was fabulous because it was different, fun and, as an added bonus, had space-themed boy bands running around who sang catchy songs that, yes, I can still sing to day. Judge me. However, Zenon was also great for those of us who loved fashion. Even though apparently no one was allowed to wear cotton on the space station (or, well, basically anything that wasn't either spandex, reflective, or a strange combination of both), the fashion sense of most of the characters was pretty darn charming. It left my then 6-year-old self asking important questions like, "If I had to move to space one day, would I opt for the side pony tail or pig tails?"

In case any of you forgot, here are 9 of the most memorable moments in Zenon history.

It's important to remember that style clearly wasn't limited to the pre-teens on the space station; of course not. Zenon's mom and dad were stylish too. It's good to start here to give you an overall feel for Zenon fashion. And as you can see, NO COTTON ALLOWED. Only shiny, shiny spandex. Sneakers, apparently, are still cool in the future though.

Next time you're at a club, grab your BFF and give this sassy little pose a try. This still really shows you the full spectrum of possibilities of futuristic pre-teen fashion. Both Zenon and best friend Nebula Wade (yup, Raven Symone was in Zenon, too) show how in twenty years or so, we'll be wearing spandex body suits with holographic mini skirts over the top. I mean, if we're lucky anyway.

There is no way I can justify talking about Zenon fashion and not mention Proto Zoa: Intergalactic heartthrob and lyricist extrordinaire ("Zoom zoom zoom, make my heart go boom boom, my supernova girl..."). Not sure where to start here, but it's fair to let Zoa's hair have the spotlight for a moment. Also, glad to know that in the future, despite the fact that humans are now living on a fully-functioning space station, we're still playing Go Fish to pass the time.

For some reason the main hair trend in Zenon was ponytails that were funneled through weird, metallic cylinders. I didn't question it at the time, but now I'm definitely a little confused. Zetus lapetus indeed, Zenon.

Pig tails had a SERIOUS moment in Zenon. Whether funneled through those before-mentioned shiny cylinders or simply VERY bright outfit-coordinating scrunchies, the higher the pig tails, the better.

We may have managed to transport a section of humankind onto an intergalactic space station, but we'll be damned if we give up our love of bright colors.

Honestly, if you remembered anything from Zenon, it was probably Proto Zoa's hair. So let's let it have another chance to shine, shall we?

And, also, in case you wanted to see the best GIF known to man. I've found it.

Also, just sassiness in general, apparently. You go, Zenon. Greg always was a little lame after all. People from Earth, man. So basic.

How can you forget a metallic moment like this? Or, for that matter, such life-changing lyrics? Exactly. In case you're in the mood to feel nostalgic, here's the full clip of Supernova Girl. You're welcome.