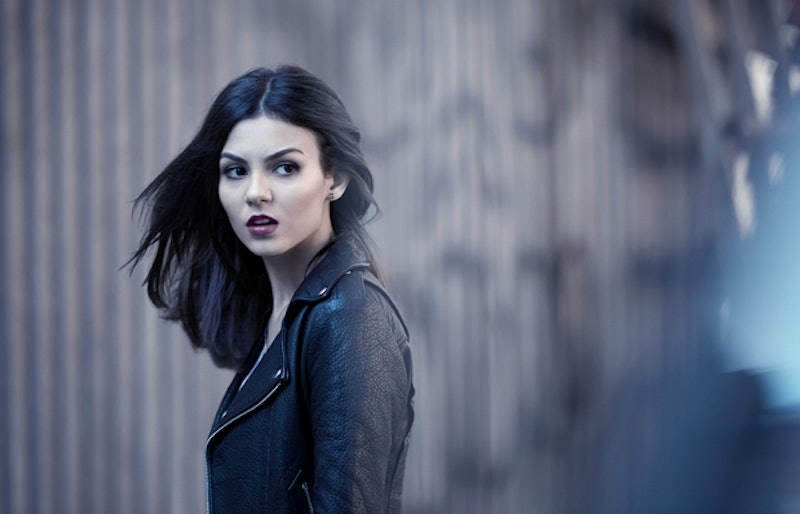 There is a new series that is very wary about online dating: Coming to MTV is an adaptation of the R.L. Stine novel Eye Candy , and the first full trailer is now present and accounted for. It gets pretty intense. Starring former Victorious star Victoria Justice, Eye Candy follows a young hacker "with a gift for seeing clues and connections in the digital world that others can't." From the official description by MTV:

Persuaded by her roommate to try online dating, Lindy begins to suspect that one of her suitors is a deadly cyber stalker. When the local cyber-crimes unit uncovers a potential serial killer in Manhattan, all signs point to this mysterious stalker. Teaming up with the cyber unit and some hacker friends, Lindy leads the charge to solve these murders while unleashing her own style of justice on the streets of New York City.

According to Hypable, Lindy is also "trying to put the pieces of her life back together after her younger sister Sara is abducted."

That's a backstory that sounds like the flip-side of another MTV series, Finding Carter, which follows a family after their abducted daughter returns to them. Finding Carter, though, seems much more chill in comparison.

Check out the first full trailer for Eye Candy below: