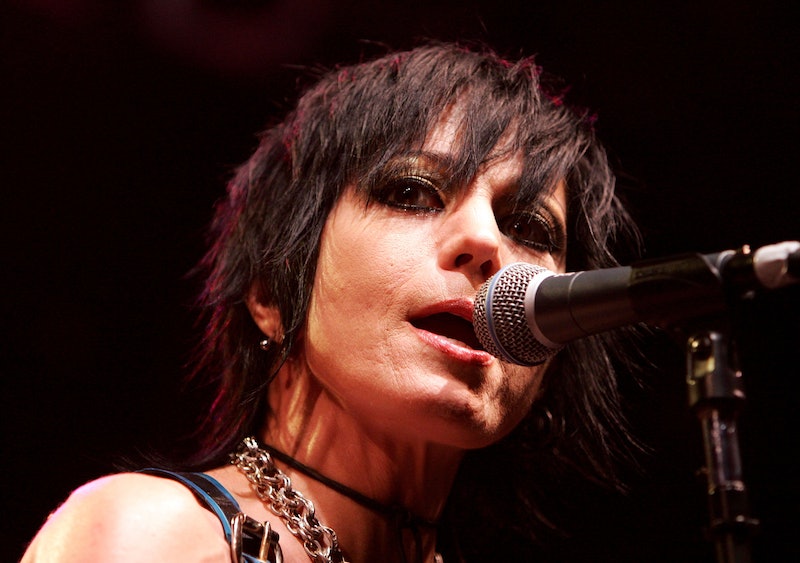 You'd think with the amount of name recognition that these guys have that they'd already be honorees in the Rock and Roll Hall of Fame Museum — but, apparently, that is not the case. According to Rolling Stone, the Rock and Roll Hall of Fame Museum has announced it's 2015 inductees, which are as follows: Lou Reed, Green Day, Joan Jett & the Blackhearts, Bill Withers, Stevie Ray Vaughan & Double Trouble, the Paul Butterfield Blues Band, and the “5” Royales. Ringo Starr will also be awarded the the Award For Musical Excellence by the museum, and the "5" Royales will be awarded the Early Influence Award.

While it's great that all of these artists are finally being recognized for their excellence and achievements in the music industry, it's truly a wonder that a band like Joan Jett and the Blackhearts, or an artist like Lou Reed, are just now being added to a museum about legends in the history of rock music. After all, every one of these artists have been hugely influential in shaping modern music into what it is today — without them, it's doubtful that the state of music would be what it currently is.

This list got me thinking, though: What other famous musicians and bands are still missing from the Rock and Roll Hall of Fame Museum today, despite their talents? Turns out, there are a lot of astonishingly familiar names:

With six Grammy awards and numerous albums recognized as the most influential of all time — including by the Rock and Roll Hall of Museum itself — it's really a wonder that Janet Jackson still hasn't nabbed a spot in the museum. In fact, despite being eligible for nomination in 2007, she hasn't even been nominated! Considering the countless hit songs she gave the world, it's definitely time for this to change.

I feel like all I really need to do here is mention the name of Tina Turner's legendary hit song, "What's Love Got to Do With It," and that's enough said. Though Turner is already in the museum as one half of the band she shared with her ex-husband Ike Turner — Ike & Tina Turner, that is — she's definitely one of the few artists that managed to achieve even greater success after breaking away from the band that initially made them famous. That alone should really secure her a spot.

Like Tina Turner, Sting is technically already in the Rock and Roll Hall of Fame museum as part of the band that helped him initially achieve commercial success, The Police — and considering their hits like "Roxanne" and "Every Breath You Take," this is no surprise. However, also like Tina Turner, Sting still went on to acquire a ton of commercial success after breaking away from the band, and, as a solo artist, he's still recognized as legendary. Though he was nominated this year to be inducted into the museum, he didn't ultimately win a spot — but this should definitely change next year.

Considering the fact that Bon Jovi has numerous hits from decades past that are still relevant even today — hey, even the name still has recognition, which is hard to believe when you consider there are people out there today that don't know who The Beatles are — it's insanity that Bon Jovi is still not in the museum. "Livin' On a Prayer"? "You Give Love a Bad Name"? More than 100 million records sold worldwide? Definitely safe to say that they're rock and roll legends, so let's make it official.

Upon putting together this list, even I was shocked to see that a legendary artist like Cher was not yet included in the museum. Cher was instrumental in shaping modern music, and is considered by many to be a defining female artist in the industry — so how is she not already apart of the museum? Cher is still an influential, recognizable, A-list artist, so it's definitely about time that this changes.

Though there are some who figure Dolly Parton to be a controversial choice for the Rock and Roll Hall of Fame museum because Parton was really always apart of the country music scene, I disagree with this line of thinking: Though, yes, Parton is classically recognized as a country music musician, there's no denying that her music has influenced many generations and other genres of music — including rock. That, coupled with her commercial success, definitely makes her deserving of a spot as soon as, like, yesterday.