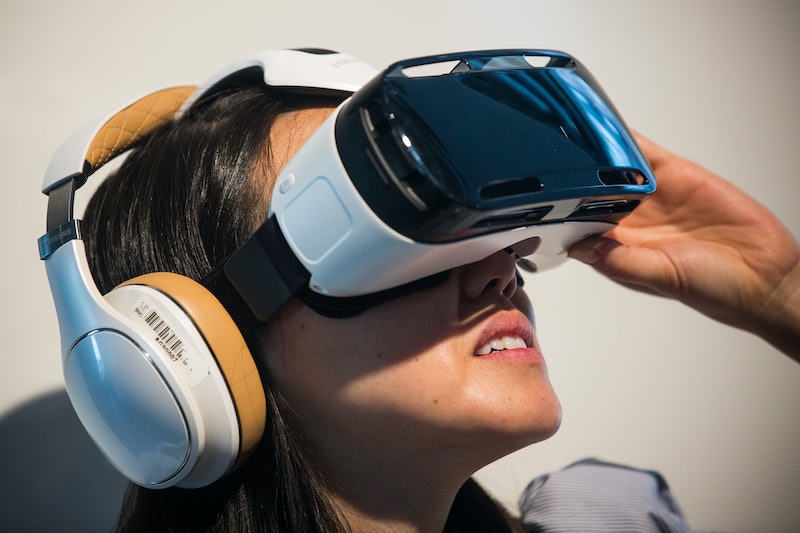 What will it take to end racism? According to a recent social cognition study published in Trends in Cognitive Science, it might require literally putting people in somebody else’s skin to reduce biases people might have. Well, not literally, but virtually. Scientists recently conducted a study that found that creating bodily illusions that change a person’s race, age, or gender can help reduce their negative biases. The study, conducted by Professor Manos Tsakaris of the Royal Holloway University and Professor Mel Slater of University College London and the University of Barcelona, could be a step forward in diminishing racism, sexism, and ageism.

I find it a little depressing that people have to virtually be given black skin just to understand that black people are, ya know, people too and therefore relatable. This study, while it could be a milestone, highlights one of the main issues with racism: that basically it’s the failure to realize that just because people look differently from you, they’re also people just like you are. The same goes for gender and age.

The study shifted the perception of ownership of body parts and skin color to assess changes on established racial biases. In one experiment, called the Rubber Hand Illusion, a white person watched as a dark-skinned rubber hand was stimulated at the same time as their own hidden hand. In the Enfacement Illusion, participants watched a face of a different racial background being stimulated while their own face was stimulated.

(A) The Rubber Hand Illusion. (B) The Enfacement Illusion. (C) Immersive Virtual Reality: (i) and (ii).

For the Immersive Virtual Reality experiment, participants wore a head-tracked virtual reality helmet and a body suit that tracked their movements and projected it into the virtual visual. This experiment gave participants a skin tone that was either light-skinned, dark-skinned, or purple. As part of the experiment participants took a racial bias test called the Implicit Association Test (IAT) before and immediately after the virtual reality experience and according to the study, white participants who embodied a black avatar during their virtual experience showed a significant reduction in their bias against black people when compared to participants who embodied a white avatar. You can watch a video of the Immersive Virtual Reality experiment below.

“From a societal point of view, our methods and findings might help us understand how to approach phenomena such as racism, religious hatred, and gender-inequality discrimination, since the methods offer the opportunity for people to experience the world from the perspective of someone different from themselves,” Professfor Tsakiris stated in a press release.

I'm curious though, how long does the diminishing of a person's racial/gender/age bias last? I can see how a bias is reduced immediately after a virtual reality experience, but what about weeks, months, years after the study? Hopefully, as this study continues, it can help provide a permanent answer to biases.