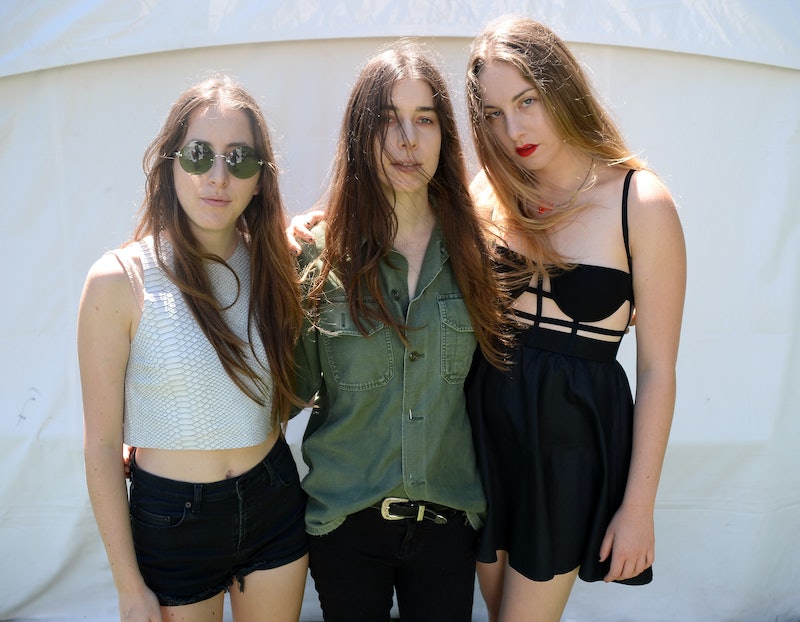 The big buzz in music this fall has been between pop divas Rihanna, Katy Perry, Lady Gaga and Miley Cyrus. Some have even been calling it a showdown, even though these ladies are so huge in music, they don't need to compete against each other for an audience. In case you didn't know, the world is big enough for more than one pop diva, and it's certainly big enough for more than one female artist in any genre.

But not everyone worships at the altar of the MTV Music Awards — there are some lesser-known, kick ass female artists out there there too, and some of them are even releasing albums this fall. Here's what you should be on the look out for:

Why You Should Listen: Glasser's first album, Ring, was a mystical exploration through many different musical influences that was weird enough to be interesting but pop enough to be listenable, and she drew comparisons to fellow ethereal female musicians from the massively appealing Florence and the Machine to the more difficult Bjork. The single from her new album, "Design," has a new-wave feel as well as twittering trap beats, so it will be interesting to see where she goes with her latest release.

The Album: Chance of Rain

Sounds Like: Beautiful but unsettling electronic music from a future world

Why You Should Listen: Before her last album Quarantine, Laurel Halo's only releases were EPs that leaned towards crunchy, sci-fi house music. But for her debut album, Halo's vision was both more cohesive and more off-the-wall. There was no beat, so the listener was guided through complex washes of darkness and light by Halo's ever-changing voice. It was a complete work, and her upcoming album may be a different vision entirely, but it will be one to watch for either way.

The Album: Days Are Gone

Sounds Like: Bringing the classic FM stations into present day

Why You Should Listen: If you've been listening to the sheer volume of music sites singing HAIM's praises, you're probably already convinced — they've received rave reviews from almost every music journalist at every festival they visited this summer. But if you haven't been listening, just know that sisters Este, Danielle and Alana Haim (along with drummer Dash Hutton) make some of the catchiest '80s pop you've never heard.

The Album: Surrender to the Fantasy

Why You Should Listen: I actually got to see Magik Markers live at the explosive music fest that is Hopscotch, and they were one of the best bands I saw all weekend. The band's frontwoman, Elisa Ambrogio, fucking shreds her guitar until it's nothing but a machine of complete noise. Not to mention that they created an entire album, Gucci Rapidshare Download, by remixing their music posted on new websites and cutting it with new material. They will push your boundaries in the best way possible.

More like this
Adele’s All-Female Lineup Includes Kacey Musgraves, Mahalia, & Self Esteem
By Shahed Ezaydi
Somebody Convince Soccer Mommy To Make A Metal Album
By Samantha Leach
Kanye Joked About His Divorce To Kim K In A Surprise Speech At The BET Awards
By Alyssa Lapid
What Is Ariana Grande's Net Worth? When It Comes To Money, She Has No “Problem”
By Hugh McIntyre
Get Even More From Bustle — Sign Up For The Newsletter