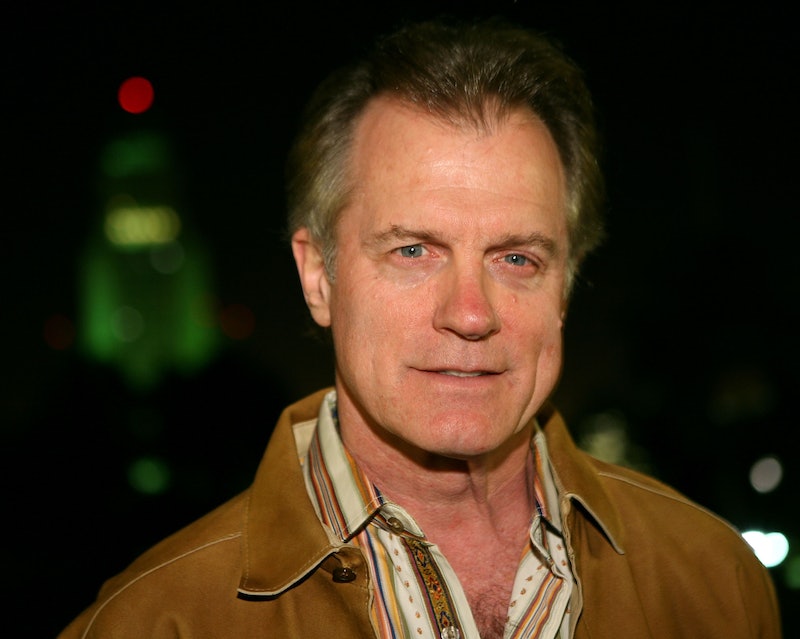 In the wake of the current media uproar over beloved TV father Bill Cosby being mired in a sexual abuse scandal, the beloved TV figure whose scandal came before his has almost been forgotten. However, it's hard to think of 7th Heaven's Stephen Collins without being reminded of the child molestation allegations that were raised against him after a tape of Collins confessing to the crimes that was secretly recorded by ex-wife Faye Grant hit the media. Now, for reasons that will hopefully be explained during his extended interview with Katie Couric of 20/20, Collins is confessing to the allegations and apologizing for his actions in a surprising move that shines at least some light on his behavior.

No, I don't mean his behavior with regard to the three children he abused within the 20-year time span from 1973 to 1994. That is inexcusable and not the kind of thing that one can simply explain away. However, the part of Collins' statement to People that was of real interest was the part where he explained why he had not apologized directly to the victims of his horrific abuse.

I did have an opportunity to do so with one of the women, 15 years later. I apologized and she was extraordinarily gracious. But after I learned in the course of my treatment that my being direct about such matters could actually make things worse for them by opening old wounds, I have not approached the other two women, one of whom is now in her 50s and the other in her 30s.

Loathe though I am to ever agree with child molesters — there is no longer anything uncertain about the allegations, since, in Collins' own words, he "did something terribly wrong that I deeply regret" — I can see Collins' point in this instance. While it would have been a good form of closure for him to apologize directly to the victims whose lives he altered forever rather than to apologize to 20/20 or People, it would be both alarming and triggering for these women to suddenly be confronted by their abuser.

After all, by this point they've locked the incident into the past and found a way to live around it, so the closure would be more for Collins' sake than for theirs if he approached them out of the blue. At least, given Collins' confession and apology, there's a chance that they might see it and decide for themselves whether they want to approach him for any sort of apology or closure. At least this way, it's their choice and not his.

Of course, I'm not saying that Collins is being entirely self-sacrificing in this instance. The last time the actor truly made big headlines was when Collins' lawyer said he was having trouble finding work after the allegations went public, which is not exactly the note you want to end public opinion of you on. Admittedly, I'm a naturally cynical person, but I can't help but believe there is a degree of self-interest in Collins' desire to be open about the allegations and try to make amends with the victims and the public after 20 years.

Ultimately, we'll have to wait until Friday's 20/20 interview to get any more information about Collins' mind-set and judge for ourselves whether or not we feel his apology is genuine or even worthy of acceptance. Until then, at least we know where he stands.