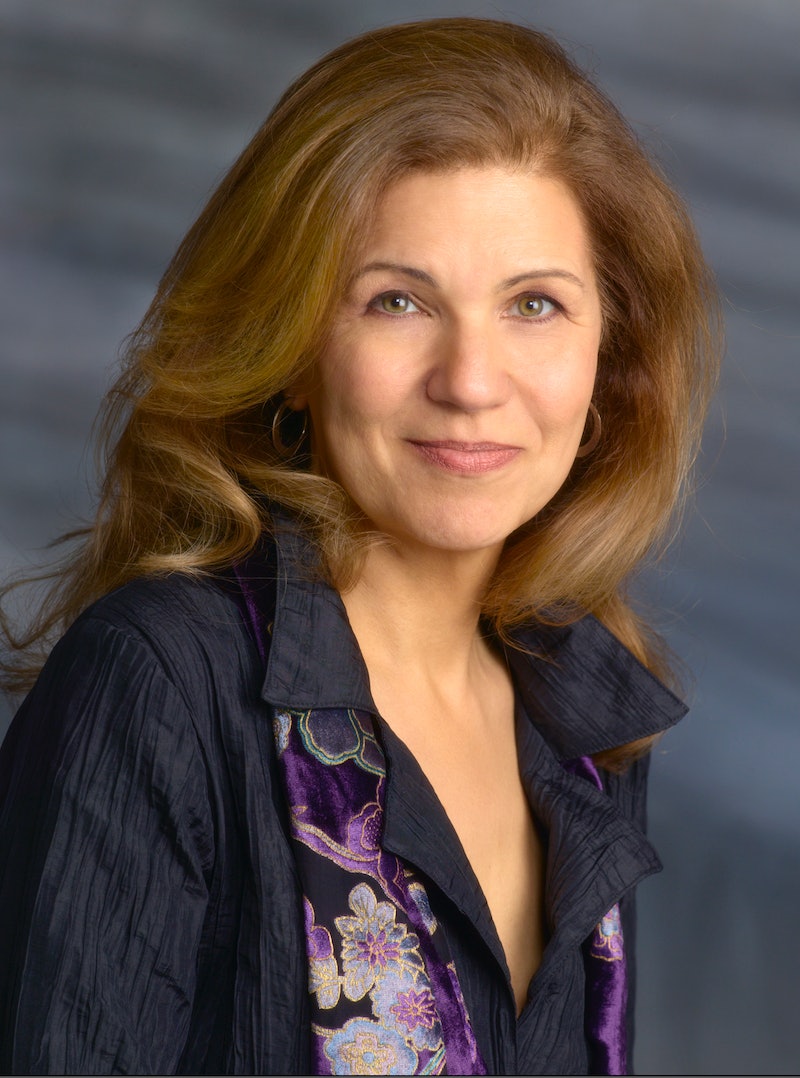 Read Lisa Gornick’s Tinderbox (Sarah Crichton), and you may adopt her family of characters as your imaginary friends. So palpable, lifelike, and worthy of your love are these New Yorkers that after finishing the book, you’ll probably find yourself having conversations with them aloud. The matriarch, a therapist named Myra, will advise you on life decisions; devoted teacher/daughter/sister/aunt Caro will have coffee and laugh with you. Her brother, the elevator-phobic, socially anxious Adam will argue about movies with you; his son is Omar, and you’ll imaginarily babysit him. This may sound symptomatic of schizophrenia, but remember, Myra is a psychoanalyst and loves to listen.

I clung to every page of Tinderbox; the writing is intelligent and sharp, and with each turn of the story, my investment surged. Gornick has translated the very real and tender chaos of family into a novel that’s expertly constructed and engaging. This book is so cling-worthy, you almost risk clinging too much and confusing the book with reality.

Lisa Gornick waxed philosophical on Tinderbox, her work as a psychoanalyst, writing intelligently about intelligence, and her peeks at the “hidden underbelly of human experience.” Here we go:

BUSTLE: You’re a well-educated woman, and it comes across in your prose. I’m curious if you ever feel that's a handicap or a point of difficulty when you write. Do you ever understand or see things in your head one way, and struggle to accurately depict them with words that make sense to readers with a different knowledge base?

LISA GORNICK: First, thank you Claire for your kind words about Tinderbox and me. Readers of literary fiction, in my view, read both to enlarge their understanding of the world and the human condition and because they have a deep need for aesthetic experience. For me, the greatest pleasure of reading is entering into the mind of a writer whose sensibility is astute and original and introduces me to things I haven’t seen or thought about before.That said, I don’t believe that jargon or obtuse explanations or didacticism has a role in writing that aims to be literature. The challenge for me with Tinderbox was that Myra and her family are intellectual and talky, and Adam is often out of touch with how others experience his obsessions with various arcane topics — so I needed to find a way to depict the nature of their inner lives and their conversations without alienating the reader.

As far as knowledge base, I assume you are referring to my training as a psychoanalyst, which is basically a philosophy: a lens through which I see the world — though there are for me other equally important lenses including a political lens about the impact of social class on individual lives. A psychoanalytic lens informs the way I understand my characters and creates for each of them a psychological mystery — why are they behaving as they are now? — but, other than those occasions when Myra is thinking or talking about her work or in sessions with her own analyst, that lens is backdrop rather than foreground. And, in this book, I struggled with the opposite problem as well: How as a non-expert on many of the topics that are part of the story to learn enough to have that material enter in an organic way.

How does your education and work as a psychoanalyst inform your writing process? Is there a leap involved?

I’ve written about psychoanalyzing and novelizing: the parallels between the two processes are for me very salient. With regards to writing, I am a strong believer in the power of the unconscious: in accessing unconscious material, in recognizing unconscious connections. I have often had the experience of discovering that elements of a story that I thought were unrelated share an underlying link. Early in my work on Tinderbox, I had already conceived of Rachida, my character who is an emigre from a Jewish community in Morocco, and Eva, who comes from Iquitos, Peru. My heart nearly stopped one afternoon when I was reading about Iquitos and discovered that there is a Jewish community there comprised of fourth and fifth generation offspring of Moroccan-Jewish rubber traders who traveled up the Amazon at the end of the 19th century — that two characters who I thought were independently imagined and hailed from different continents had a shared heritage.

You thoroughly attend to all the roles that your matriarch, Myra, plays: She’s a therapist, a mother, an ex-wife, a grandmother, a boss. There is tension when these roles are confused: Myra doesn’t always follow the advice that she gives her patients, and as Eva’s boss, she’s sometimes also a mother figure and a therapist at once. Do you think women benefit from allowing their many roles to intersect and be confused and inform each other, or is it better to try to compartmentalize?

I believe that everyone — male, female, gay, straight, transgender, categories we haven’t even yet conceived — would ideally have a rich, variegated life with love and work, both broadly understood, at the center and that, in contrast to compartmentalization, what we learn in one domain informs what we learn in another. That said, there are roles that are incompatible, boundaries that ethics and prudence require. The mistake Myra makes with Eva is that she lets herself get pulled into a therapeutic relationship with Eva, who is her employee, a mistake on myriad levels. Moreover, for most women, myself included, children are so primary, it requires an act of will to carve out time for other pursuits. With a paying job, it is easier because the demands that conflict with time spent with children are concrete and externalized: someone else requires you to be away. With artistic work, it is harder because the demands are by and large self-generated.

How did your writing process for Tinderbox differ from your approach to writing A Private Sorcery?

One of the things I love about being a novelist is how very very hard it is on every level and how there is no end to what you can learn. With A Private Sorcery, my first novel, I spent years developing the characters. I literally wrote case histories for each of them. I knew their childhood mishaps and traumas, their dreams, their obsessions — but, like a lot of literary novelists, I mistakenly gave short shrift to the most basic element of a novel, which is the story. Gordon Lish, an early writing teacher of mine, used to say finding your story can be akin to the farmer who sees a huge pile of manure on his field and says, There must be a horse somewhere in there. With A Private Sorcery, I had to dig out the horse. With Tinderbox, I had a much stronger sense of the story before I set out, and was therefore more deliberate about its architecture.

Which living writers do you look up to most?

There are so many living writers whose work I adore, so I’ll limit my list to writers whose work has had a direct influence on mine: Alice Munro, Alice McDermott (After This), Kazuo Ishiguro (The Remains of the Day), Ian McEwan, Jonathan Franzen, Joan Didion (The White Album), Janet Malcolm (The Impossible Profession), Peter Carey (His Illegal Self), and Elizabeth Strout (Olive Kitteridge). To that list, I’d have to add a few not living writers including Tolstoy (Anna Karenina), Wallace Stegner (Crossing to Safety), Sandor Marai (Embers), and John Williams (Stoner).

What is your writing routine?

In an ideal world, I would go directly from dreaming to working, from bed to desk with a cup of coffee already sitting there, the sky still dark and everyone else still asleep. Family life makes that usually not practical, but I do try to start working as early as possible and to stay sequestered from email or phone calls while I’m working.

What is the most valuable piece of advice you’ve ever received?

A few days after Tinderbox was published, my wonderful editor, Sarah Crichton, called me and said no matter what happens with the book, “Just Keep Having Fun.” That wise advice and “Just Keep Working” are my mantras now. I’ve been reading Wonder with my eleven-year-old, and there’s a precept in that book that’s also pretty great: “When given the choice between being right or being kind, choose kind.”

What’s been the scariest moment of your life so far?

The scariest moment of my life was when my older son was nearly two and had a life-threatening illness. I’m sure everyone who’s a parent will shiver just reading that sentence.

What story do you tell most often?

E. L. Doctorow, a writing teacher of mine at N.Y.U., told a story to his class that I’ve repeated countless times. I’m undoubtedly misremembering some of the details, but this is the gist: After writing his first novel, a western of sorts set in the Dakotas, he received a letter from a lady who said something along the lines of, "Young Man, in your book, you have gophers the size of raccoons. Obviously, you’ve never been to these parts. Gophers here are the size of guinea pigs." Doctorow wrote her back something along the lines of, "Madam, in your town now, gophers are the size of guinea pigs, but back then, in the town where my book takes place, they were the size of raccoons."

As someone who does a great deal of research, that story is a reminder that yes, as a novelist, I need to respect reality — I will destroy the fictive web for a lot of people if the traffic goes uptown on Fifth Avenue, fail to honor lives if I ignore history — but novels are invented, and as such they serve a fictive truth. When I write an essay, I have to grapple with the impact of my words on the people I write about and/or on their loved ones, which for me rules out as subjects for the most part, my children, and in all cases, my patients. With novels, emotional truths can be combined and refashioned and then reincarnated within imagined identities, which protects the confidences of those who have entrusted me with their inner lives but leaves the challenge of accessing the courage to depict the hidden underbelly of human experience.