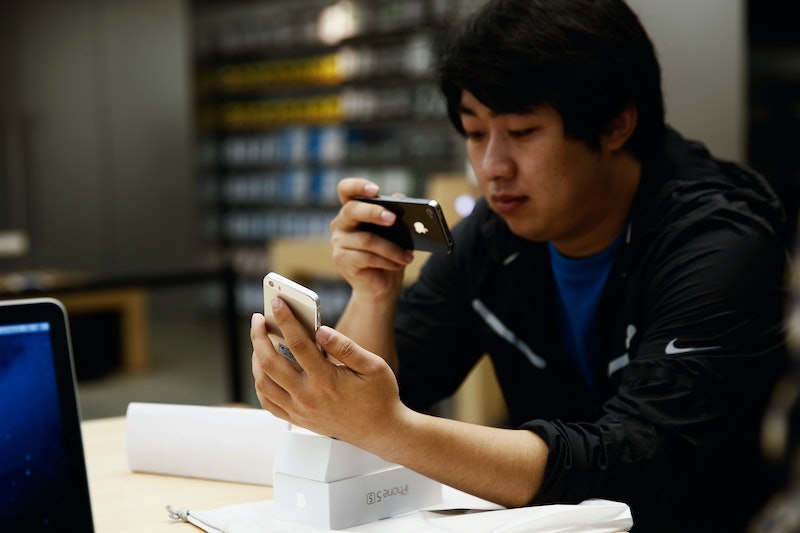 So you thought the NSA's approach to the Web was kinda invasive? Try being in China, where a teenager was detained Wednesday after posting criticism of local police on the country's social-media hub, Sina Weibo.

And yeah, they can do that. As of last week, the penalty for voicing an opinion on social media in the Communist Party-run state is three years behind bars — provided your posts gets 500 "shares," the Weibo equivalent of Twitter retweets or Tumblr re-blogs, or 5,000 views. The policy adjustment marks a turning point in the ruling party's latest approach to social media, which can roughly be summarized as "don't question us, or else."

The incident Wednesday is far from a one-off: over the last few months, influential bloggers and public figures have been intimidated and arrested under China's crackdown, implying that as social media becomes more widespread and perversive, the country's leaders have adopted a policy of stamping on any naysayers before their views can gain traction in the community.

The 16-year-old in question, known only as Yang, accused the police of a cover-up after a corpse was found outside a massage parlor. Police had claimed that the death was from an accidental fall. "The karaoke parlor boss is an employee of the court, and there's been a conflict between the police and the masses," Yang wrote in a long accusation of police blame. "They beat up the dead man's family members." The post briefly went viral, and was then deleted. Ironically, the local court has its own Weibo page, on which they then accused Yang of having "fabricated facts."

Spreading anything that could loosely be defined as a "rumor" (translation: anything the administration haven't officially confirmed, which ironically often is done on Weibo) is typically subject to penalty, so it's predicted that Yang won't get away scot-free. The penalty can only be imposed when a post has been used to harm someone else, but Quartz reports that police have already used the law to charge people with getting their facts wrong, as in one recent case when a death toll was estimated incorrectly.

Halfway through July, one of Weibo's biggest names — Charles Xue, a Chinese-American venture capitalist with a follower list eclipsing 12 million — was apparently used as an icon of what could occur if one publicly criticizes the administration. He "reblogged" a post that criticized major governmental issues (low wages, toxic food, increasing prices) which said, candidly, "We have all become people who tolerate." It was re-posted by more than 17,000 Weibo users, and Xue was promptly arrested on charges of "soliciting prostitution." Last weekend, Chinese public television broadcast footage of Xue, who on-screen was handcuffed but "eerily cheerful," wrote the Wall Street Journal. "Freedom of speech cannot override the law," he told viewers.

The fear-mongering has led to a spike in users privately messaging on mobile-communication service WeChat, which is less closely regarded by authorities. Still, activists have reported that they were detained and heavily questioned by police after privately discussing plans to join existing protests on WeChat, implying that known activists are being watched by China's leaders on the service.

Weibo is seeing a sharp drop in popularity, with analysts predicting that with its reputation of being closely monitored, it won't remain a key mode of communication in the country for much longer. At present, Weibo has roughly 503 million users.

More like this
For These Abortion Clinic Volunteers, Going TikTok Viral Is A Risk Worth Taking
By Audra Heinrichs
Using Your Pet’s Name As A Password? Here’s Why You Might Want To Change It
By Cristina Sanza
What Is A “Softboy?” The TikTok Term & Aesthetic, Explained
By Courtney Young
Why Are TikTokers Slapping Each Other With Tortillas?
By Courtney Young
Get Even More From Bustle — Sign Up For The Newsletter