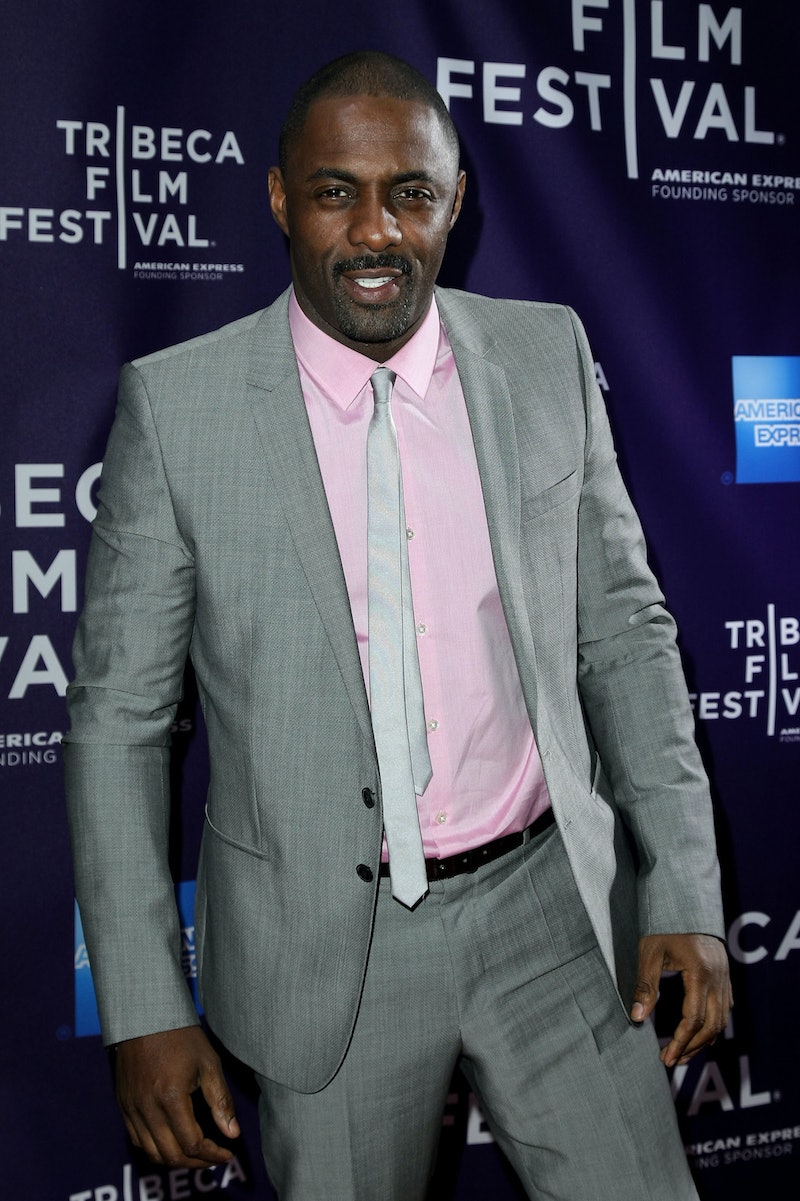 Idris Elba's new, lengthy interview with GQ is a great read about the various roles he's played — from Stringer Bell in The Wire to Nelson Mandela in Mandela — but it's also got some little nuggets of trivia in it as well. For instance: Apparently before he landed his breakout role on HBO's The Wire, Elba used to deal drugs in order to pay the bills while he was living in NYC. Elba revealed his past when asked about how well he understood Baltimore drug dealers prior to portraying Stringer Bell:

What did you know about Baltimore drug dealers? Was that an intelligible thing to you?

“Yeah, it was, because I was running with cats. I mean, I was DJ’ing, but I was also pushing bags of weed; I was doing my work. I had to. I know that sounds corny, but this is the truth.” He says he’d sell drugs at Carolines, and meanwhile all these successful guys would come through: D. L. Hughley, Dave Chappelle. “All those black comedians, they knew me as a doorman.”

Elba also explained that while trying to make it big as an actor, he had a short-lived marriage with a woman in London, and he'd spend his time hopping between London and NYC to make ends meet. When the marriage fell apart, though, things took a turn for the worst:

Back in the States, Elba’s wife “didn’t adjust to the culture as quickly as I did.” And he was gone a lot. “We just had a hard time. The next thing you know, we broke up.”

The timing was bad; she was pregnant. Elba began sleeping in his Astro van. “The apartment we had lived in together was in Jersey City. So when I left, I was sofa-hopping here and there and got to a place where I was parking it in Jersey somewhere and just camping down for the night.”

What did you think when you were laying your head down at night to go to sleep in a van?

Elba goes on to discuss how this helped him portray the role that made him famous, Stringer Bell, but explains that The Wire wasn't a critical success because of him. "That really is more about the writing of The Wire than it is the performance ... Listen, I think I brought Stringer to life my way, but The Wire isn't a classic because of Stringer Bell. The Sopranos was a classic because of Tony Soprano." Still, it's how the actor proved his chops — and it's impossible to still not be impressed with the fact that Elba's so good an actor, he even hid the fact that he was British while auditioning for the role.

You can check out the entire article over at GQ, here.