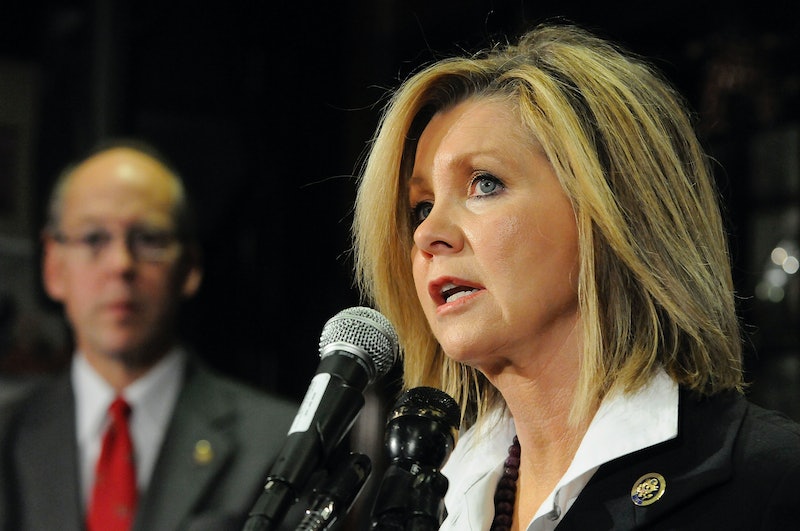 Last week, we reported on a bill banning abortions past 20 weeks. On Tuesday, the bill will be brought to the floor in the House of Representatives. The bill has zero chance of being passed into law, as both the Senate and White House are currently controlled by Democrats. A New York Times piece reports that Republican leaders acknowledge the bill's purpose is to satisfy vocal elements of their base.

Seeing Congresspeople working selflessly on effective legislation with tangible results is gratifying, is it not?

Aside from catering to an outspoken part of its base, the logic behind the anti-abortion push is not totally clear, as many Republicans decided in the aftermath of last year's election that steering clear of divisive social issues was in the party's best interest. The bill also violates the Supreme Court precedent ruling that women have a right to an abortion until the fetus could live outside the womb, generally starting around 24 weeks.

Even some Republican representatives are voicing distaste. “I think it’s a stupid idea to bring this up,” said Rep. Charlie Dent (R-PA). “The economy is on everybody’s minds. We’re seeing stagnant job numbers... And now we’re going to have a debate on rape and abortion.”

In a strategic move, Rep. Marsha Blackburn (R-TN) is set to lead the debate on the bill, instead of the bill's sponsor, Rep. Trent Franks (you know, the one who made headlines for his incidence of rape comment last week).

And lest there be any doubt, Gen Y Repubs are firmly embracing the anti-abortion agenda as well. A dispatch from the Faith and Freedom Coalition Conference that was released Monday shows young Republicans are trying to appeal to other millennials with "edgy abortion humor," because obviously funny sells well on social media.

More like this
Iran Has Issued A Death Sentence Over Mahsa Amini Protests
By Catharina Cheung, Darshita Goyal and Maxine Harrison
Joe Lycett Just Took HIs David Beckham Qatar Protest To A Whole New Level
By Sophie McEvoy
Amanda Gorman Shared A Powerful Message On Meghan Markle’s Penultimate Podcast
By Darshita Goyal
Footballer Jake Daniels Shared His Thoughts On A World Cup Boycott
By Sam Ramsden
Get Even More From Bustle — Sign Up For The Newsletter